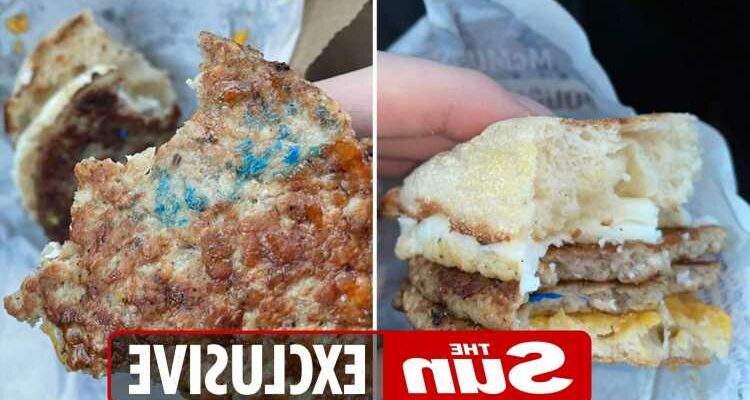 A MCDONALD'S diner was left "revolted" after finding what appears to be a PLASTER in their breakfast.

Luke Stocks said he spent the rest of the day feeling "very ill" after making the horror discovery. 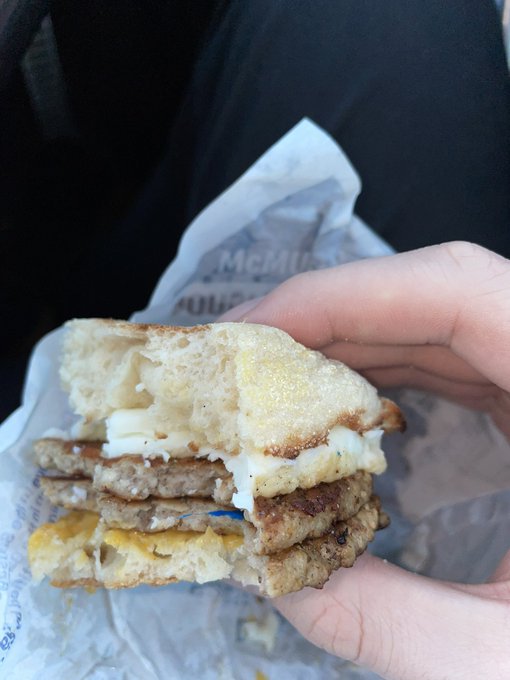 The uni student, 20, told how he had stopped off at the Thorne branch of McDonald's in Doncaster, Yorks, to grab a breakfast McMuffin.

But when he opened it up he spotted a strange blue substance over the top of the meat, and across some of the bread.

He said: "I stopped at the drive through this morning to pick up some breakfast on my way to work.

"I ordered my meal as normal, and began eating when I noticed the blue piece of what appeared to be plastic poking out of the McMuffin.

"I opened it up and then saw the same blue substance all over the patty.

"I immediately stopped eating as I was revolted by what it could be.

"My guess would be a plaster – as it’s standard to wear a blue plaster when working with food."

He explained how as he was on the way to his uni placement for work, he didn't have the time to pop back and raise the issue with staff -or grab a replacement.

Luke said he spent the rest of the day feeling hungry and "very ill at the thought of what I could have eaten".

A spokesperson for McDonald's said: "Food safety is of the utmost importance to us and we place great emphasis on quality control, following rigorous standards to avoid any imperfections.

"We are currently investigating this matter and we would encourage the customer to contact our customer services team directly and return the product to us to assist us in this."

It comes after another diner was left horrified when MAGGOTS fell from the ceiling into her food at a branch in Beckton, East London.

Horrifying video shows the moment the wriggling creatures fall from the ceiling and cascade across the tiled floor.

One person, recording the awful scenes in the restaurant could be heard saying: "This guy is trying to stop me from taking pictures."

Speaking about the maggots, the man said they're "all over the floors."

And then a second person behind the camera added: "Everywhere, and they're moving."

As he zooms in to the flooring and the larva wriggling around on the tables, he adds: "Yeah, they're alive."

Two maggots, seen on the tables, "came from the roof," according to the witnesses.

They added: "This dropped on the lady's food."

A spokesperson for McDonald's apologised to customers for the incident, adding: "We have worked closely with our pest prevention company during this process.” 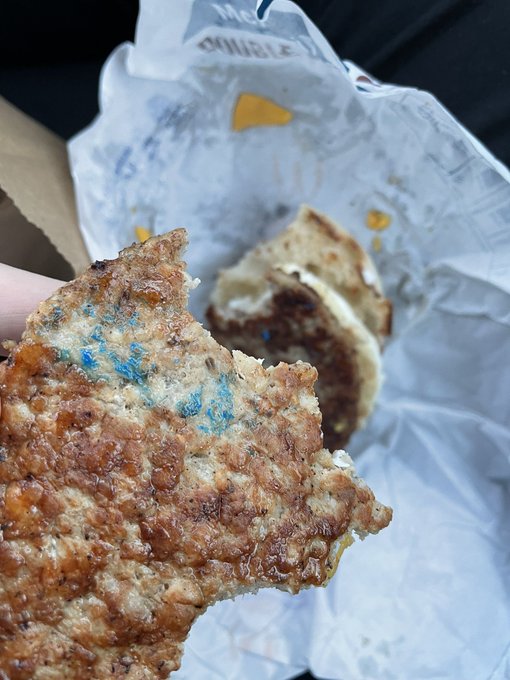