All is calm… on the cards at least: Theresa May sends out child’s drawing for the holidays while Corbyn gets his cat out for Christmas

They may be facing turmoil in the Commons – but at least the party leaders’ Christmas cards are peaceful.

Theresa May has chosen a tranquil scene of snow falling around a glowing Christmas tree for her festive message.

The design was drawn by nine-year-old Dexter Van Elkan. It was hand-picked by the Prime Minister and her husband Philip from competition entries in her Maidenhead constituency.

She also chose two other children’s drawings to adorn the cards she will send to world leaders and top executives. 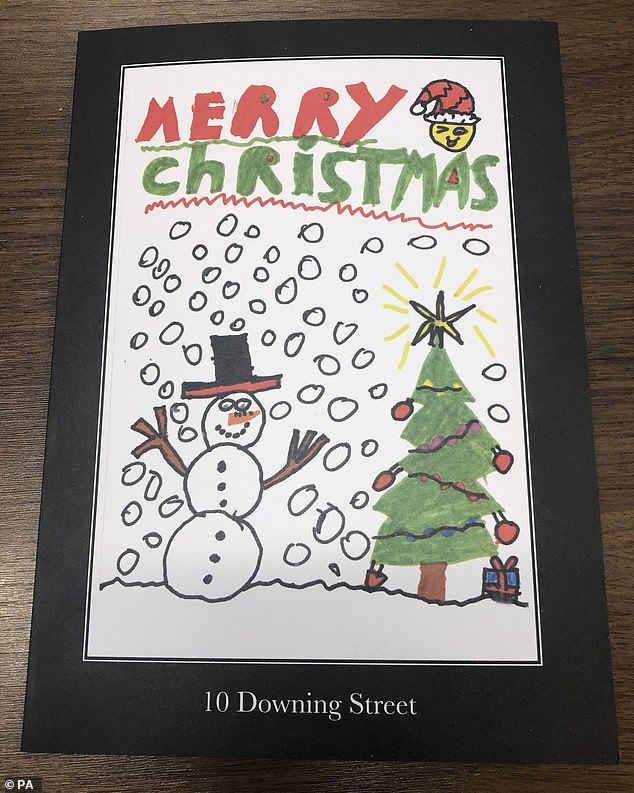 Meanwhile Jeremy Corbyn has picked a photo of his cat for the front of his Christmas card.

Curled up in front of a roaring fire, El Gato – Spanish for ‘cat’ – is shown on the rug of the Opposition leader’s living room.

The cat is pictured relaxing on a rug before a decorative, stocking-hung mantelpiece in the opposition leader’s festive offering.

The card, which bears the message ‘Merry Christmas’ on the front and wishes for a ‘happy and peaceful 2019’ inside, was released on Monday.

Mr Corbyn said: ‘Christmas is a special time of year to spend with family and friends. 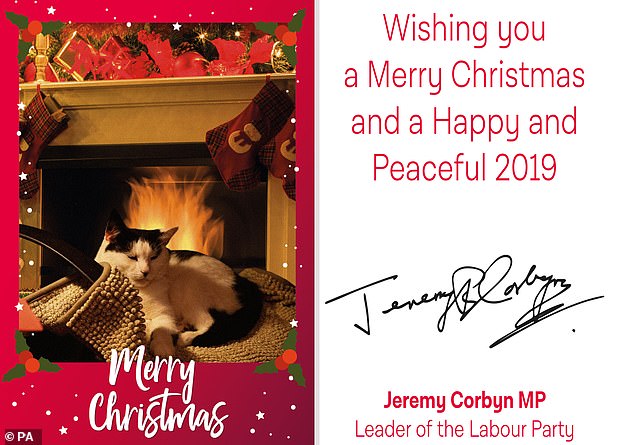 ‘Let us commit ourselves this Christmas to do all we can so that next year there is greater peace, fewer people are suffering and more enjoy the warmth and comfort of security and community.’

The card is a more homely affair than last year’s, which was a festive adaptation of the party’s 2017 general election manifesto artwork, with people picked out in red and white sporting Santa hats, crowns and reindeer antlers.