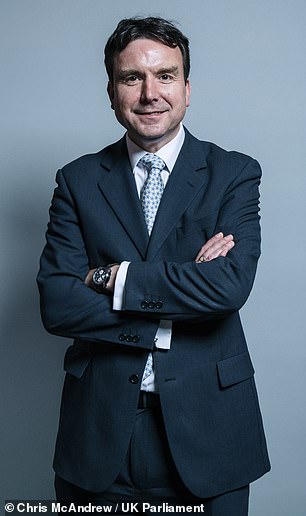 Andrew Griffiths, 48, was suspended form the parliamentary part after he was found to have sent 2,000 sexts to two women (file pic)

Labour MP Jess Phillips read out violent sexual texts sent by a married Tory to barmaids today as she condemned Theresa May for letting him back into the Conservatives.

Andrew Griffiths was given back the Tory whip yesterday in time for him to vote on confidence in Mrs May’s party leadership.

Charlie Elphicke was also readmitted despite being under continued police investigation over alleged sexual assault, claims he denies.

Reading out messages from Mr Griffiths in the Commons, she said: ”’She’s so cute, so sweet, I can’t wait to beat her”.

‘Not my words, but the words of the MP for Burton while barraging two of his female constituents with thousands of sexual text messages.

‘Last night the leader of the House’s party gave him and the MP for Dover the whip back without any due process.

‘What message does this send about how any process here in this place can ever be trusted?’

She said: ‘There has been a process that has been undertaken, it has been a decision by the Chief Whip. It is not something I have been privy to.

‘I can assure all MPs that in establishing the independent complaints procedure, which is not involved with any party political processes whatsoever, that is designed to enable everybody who works or visits this place to take any complaints they have to an independent place for investigation and a proper sanction to be applied.’ 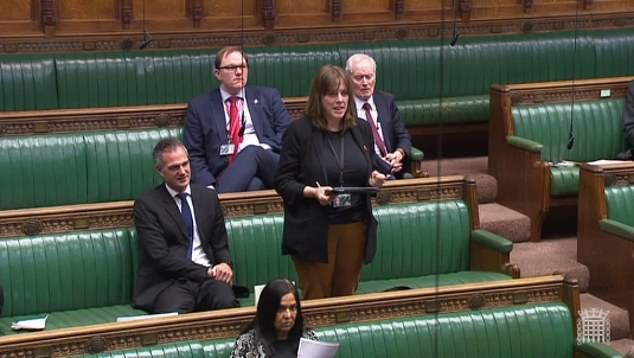 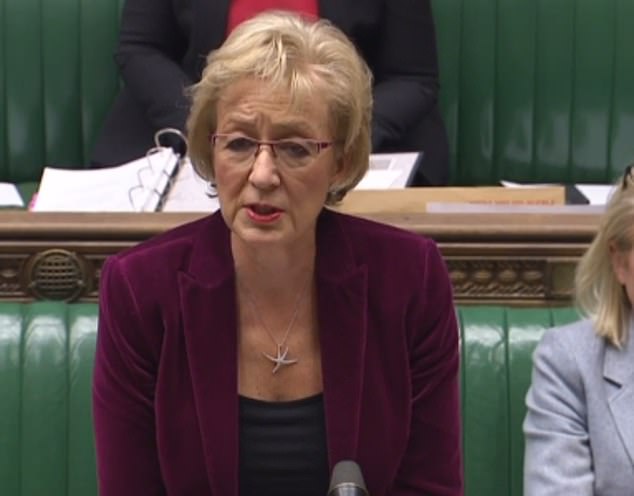 Mr Griffiths, 48, was suspended from the Conservative parliamentary party after he was found to have sent 2,000 sexts to two women weeks after the birth of his first child.

Mr Griffiths, the Tory MP for Burton gave £700 to Imogen Treharne and her friend and even offered to rent out a flat so that they could hook up while demanding they send him something ‘f****** filthy’.

Describing himself as ‘evil’,  he outlined degrading sex acts, demanding explicit pictures and videos and said he’d rather be ‘licking naughty girls’ instead of ‘running the country’.

He had the Tory whip withdrawn from him and has apologised for his behaviour.

The party whip was restored yesterday afternoon – meaning that he could vote in today’s crunch confidence ballot which will decide her fate as leader. 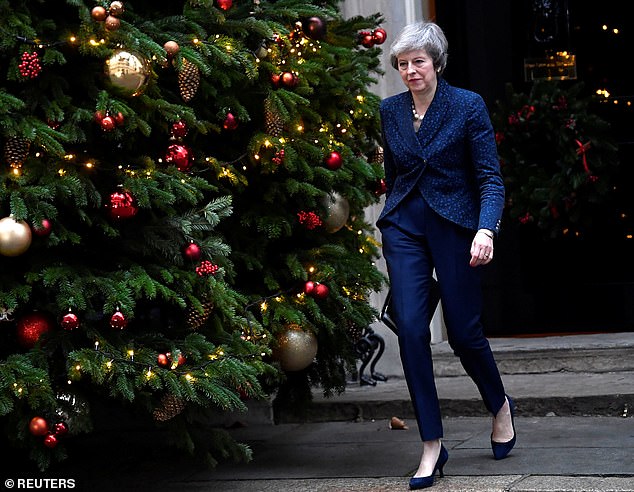 Mr Griffiths told his local newspaper, Burton Live, that he planned to back Mrs May in last night’s vote.

He said: ‘Theresa May has shown huge determination and bravery in negotiating and arguing for her deal.

‘I believe she remains the best person to deliver the Brexit people in Burton and Uttoxeter voted for, and I will be supporting her in tonight’s ballot.’

Last month Mr Griffiths told the Sunday Times that he had been left ‘on the verge of suicide’ over the sexting revelations.

He said his actions had been the culmination of decades of mental health problems, sparked by being sexually abused by an older boy when he was aged eight, something he never revealed to his parents.