THIS is the moment a brawl erupts at a Spar petrol station in Oldham with women hurling punches after reportedly refusing to wear a mask.

The shocking scenes happened outside the petrol station on Thursday afternoon after a couple appeared to confront a group of three people – two women and a man – for not wearing a face mask. 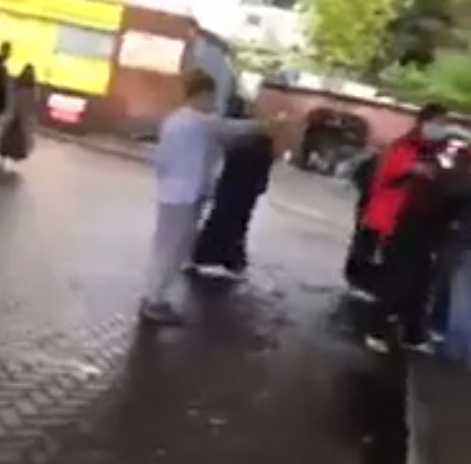 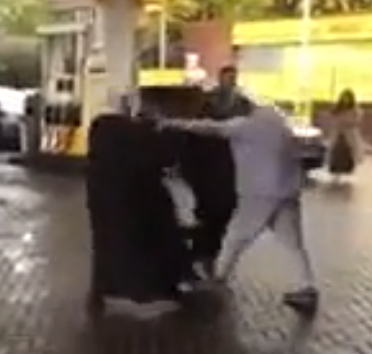 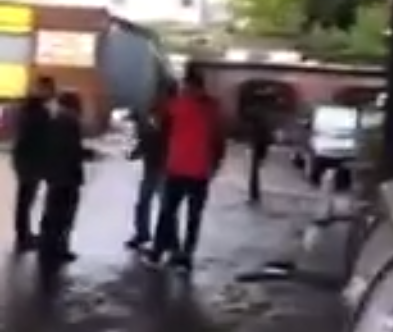 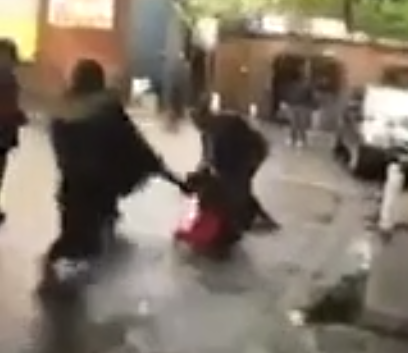 A man in a red jacket is seen talking to another man who puts his hands on him while a woman in grey stands nearby.

Two women then approach the woman in grey as one hits her across the head with her right hand.

Chaos then erupts as two women start hurling punches at the woman in grey – who is wearing her face mask.

The two women then appear to step away before another altercation breaks out between the men.

The man – who had reportedly refused to wear a mask – appears to land punches on the man in the red jacket.

Both women rush over as the man in the red jacket keeps his arms out to avoid the blows from the other man.

A woman can be heard screaming "get off him" as she slaps the man in the red jacket.

The bystander who is filming the confrontation can be heard asking: "Are they citizen arresting him?"

The woman – who was slapped by the other two – comes over and says: "Yes, they refused to wear a mask.I'm clinically vulnerable."

The camera then pans to back to the two men and the one in the red jacket is down on the ground.

One of the women then starts kicking him and his partner rushes over to push her off.

A man is then heard saying: "My wife is vulnerable and they started it."

Onlookers intervened to ask the couple if they were alright.

A woman can then heard screaming at the un-masked group to "wear a mask it's the law".

The group of three were then seen getting into a vehicle and driving off.

Oldham is currently in Tier 3 – the Very High category. 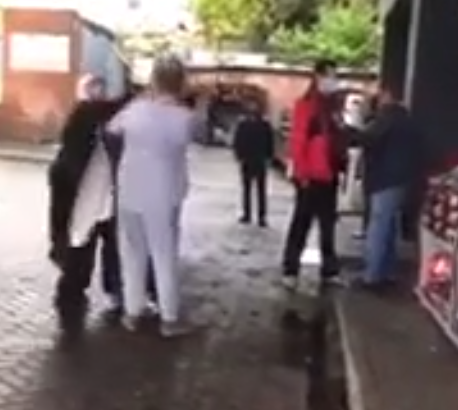 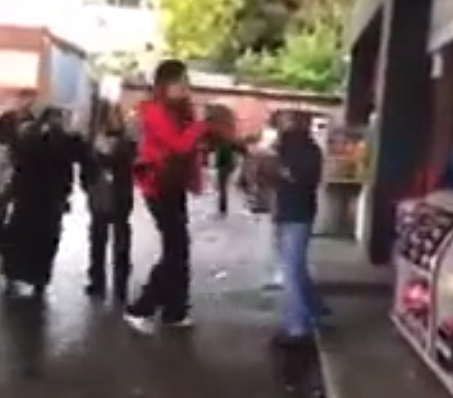