A MASS brawl broke out between passengers at Luton Airport leaving three seriously injured and 17 arrested.

Shocking footage of the fight shows thugs batter each other with suitcases in front of terrified passengers and blood splattered across the floor. 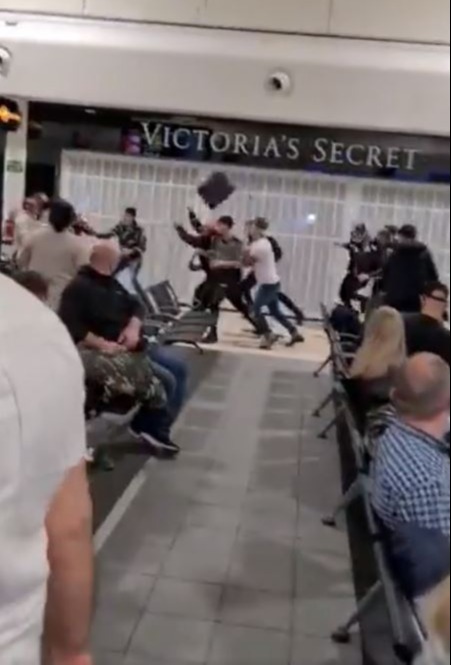 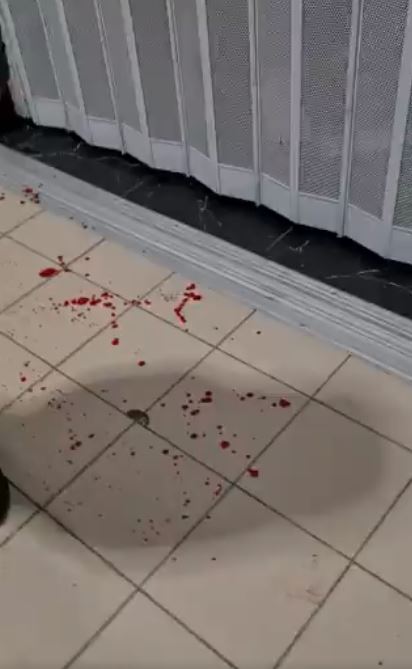 The commotion started at about 8am in the post-security 'airside' zone.

At least 12 people were seen kicking and punching one another before slamming bags down on each other's heads.

Other passengers watched in horror as the violence unfolded, with many shouting for help.

Several grabbed their own bags and rushed for safety as the brawl moved around the north terminal in front of closed duty free shops.

Four people hurt, and three people were rushed to hospital with serious injuries.

Bedfordshire Police said 17 people were arrested and it was investigating the "violent disorder". 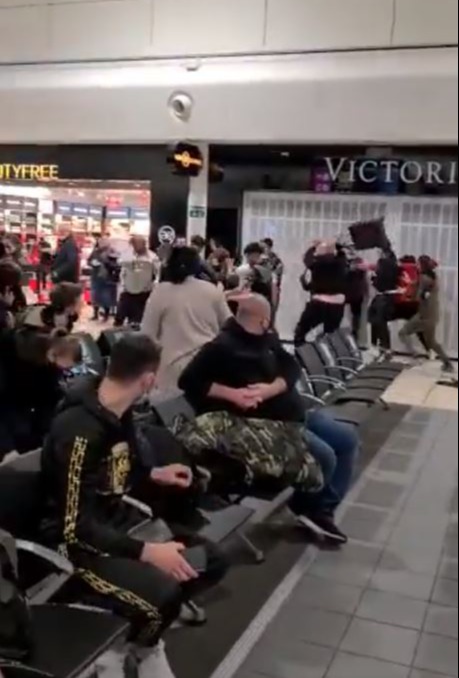 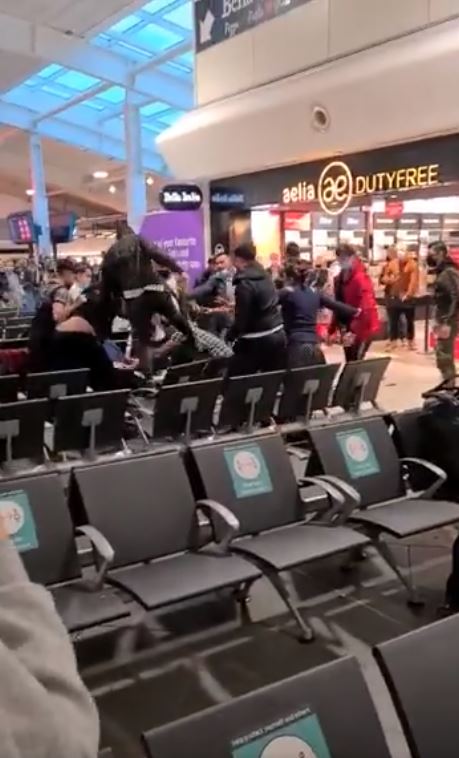 A spokesperson said: "Police were made aware of a violent disorder at London Luton Airport on Friday (14 May) at 8am.

"Four people were injured, and three were taken to hospital with serious injuries.

"Subsequently, 17 people were arrested and were taken to police custody for questioning.

"Anyone with information is asked to call 101 or report online via , quoting reference 52 of 14 May." 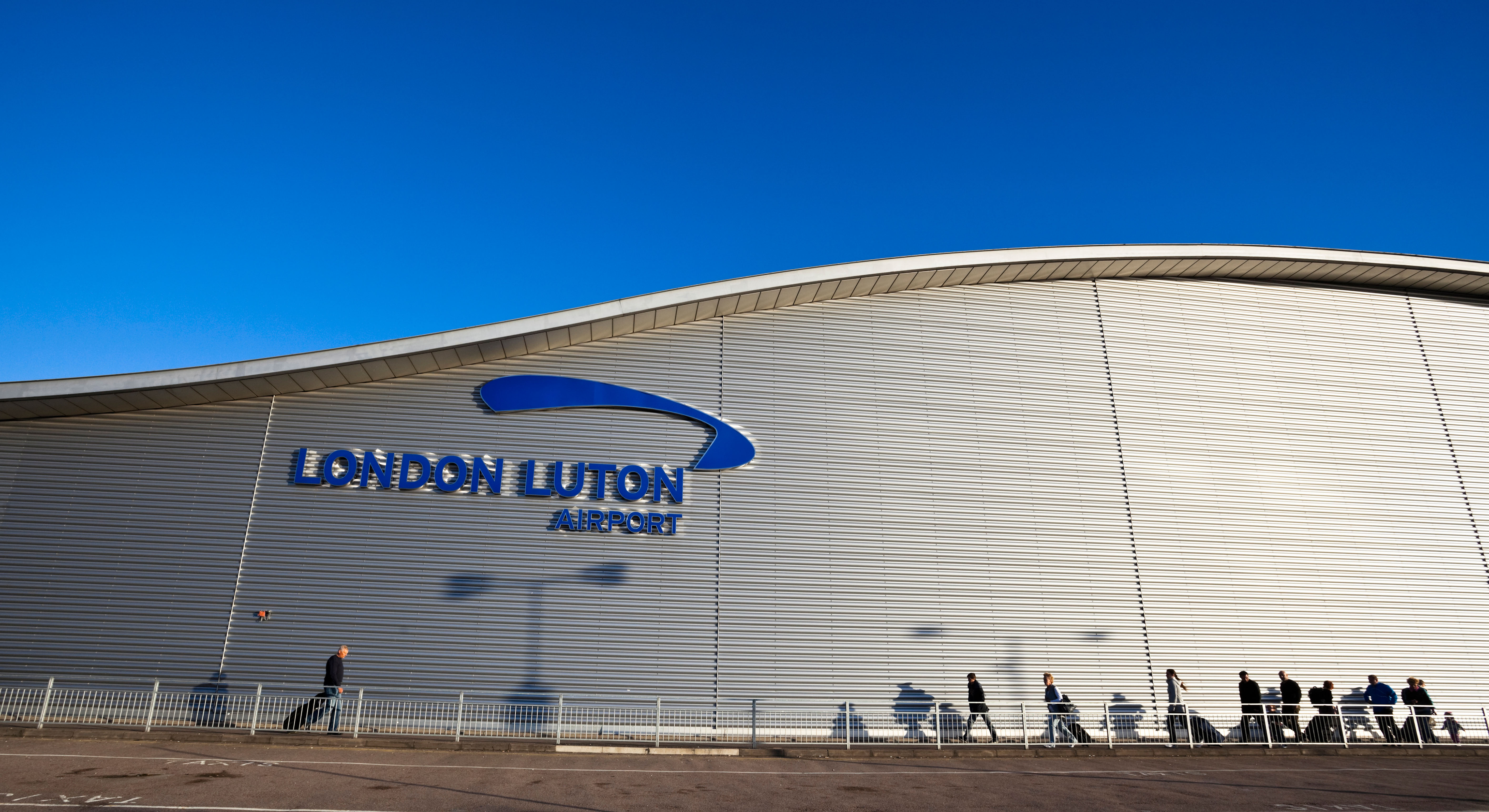