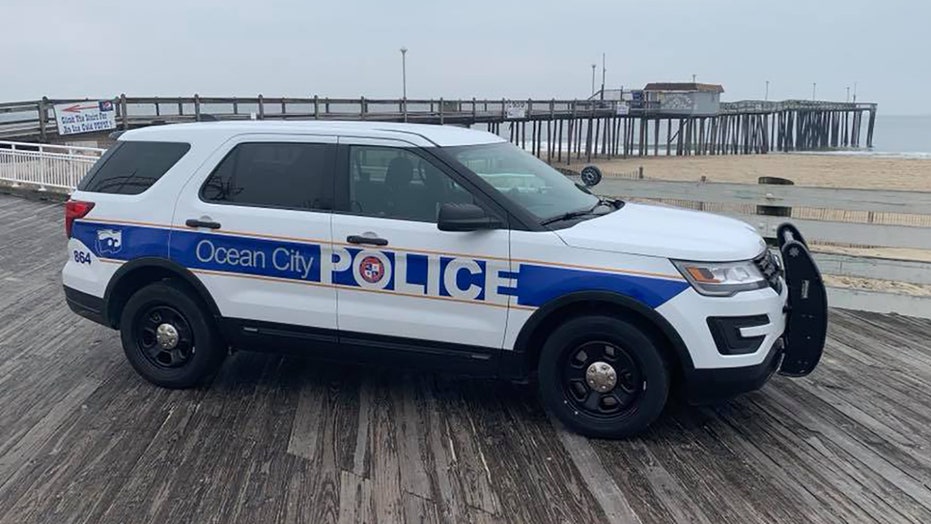 Police in Ocean City, Md., released a statement Sunday saying its officers “are permitted to use force” on subjects resisting arrest following the circulation of social media videos showing an officer driving his knee into a man and another officer deploying a Taser during an incident with multiple arrests.

Several videos appear to show the incident that erupted on the boardwalk around 8:30 p.m. Saturday after officers approached a large group vaping in a prohibited area.

“We are aware of the social media videos circulating regarding this incident. Our officers are permitted to use force, per their training, to overcome exhibited resistance,” the statement said. “All uses of force go through a detailed review process. The uses of force from these arrests will go through a multi-level examination by the Assistant Patrol Commander, the Division Commander and then by the Office of Professional Standards.”

One video shows a man with his hands up as a group of officers stands in front of him. The officers can be heard ordering him to the ground. The man appears to lower one hand to unhook a strap of his backpack when an officer deploys a Taser. The man yells and collapses to the ground as witnesses scream.

Another series of videos posted on Instagram appears to show a large presence of officers setting up a perimeter on the boardwalk while making multiple arrests. A group of officers can be seen holding a man on the ground when one officer drives his knee into the man multiple times.

Officers can be heard yelling, “Back up!” as a large crowd of bystanders gathered.

In a subsequent video posted by the account, a man and an officer can be seen wrestling with one another. An officer then deploys a Taser that brings the man to the ground.

Police said the incident began when officers saw a large group vaping in an area where it is not allowed due to local smoking laws and informed them of the ordinance. Officers approached the group again to address the violation after observing a man in the group begin vaping again as they walked away.

The man, identified as 19-year-old Brian Everett Anderson, of Harrisburg, Pa., refused to show his ID and became disorderly as a large crowd began to form around the officers, police said. Police attempted to arrest Anderson for failing to show his ID and for violating the smoking law, but he resisted, they said.

As officers were dealing with Anderson, 19-year-old Kamere Anthony Day, also of Harrisburg, yelled profanities at officers and approached officers during the “lawful arrest,” police said.

Day ignored officers’ orders to back up and, as he was being arrested for disorderly conduct, he resisted officers, police said.

Officers and public safety aides tried to set up a perimeter to separate the “aggressive and hostile crowd” that had formed as officers were making the arrests, according to the statement.

Officers grabbed the bike from John Lewis, but he tried to assault the aide again, police said. He resisted arrest as officers tried to take him into custody, police said.

A fourth man, 19-year-old Khalil Dwayne Warren, of Harrisburg, was also arrested after police found him standing on private property next to two “no trespassing” signs, police said. Warren was asked to exit the property but became disorderly, and he resisted arrest as officers tried to take him into custody, police said.

The four Harrisburg men arrested were released after being charged with multiple offenses, police said.

Anderson was charged with disorderly conduct, resist/interfere with arrest, assault second degree, and failure to provide proof of identity.

Day was charged with disorderly conduct, obstructing and hindering, failure to obey a reasonable and lawful order, resist/interfere with arrest, and assault second-degree.

John Lewis was charged with disorderly conduct, failure to obey a reasonable and lawful order, obstructing and hindering, assault second degree and resist/interfere with an arrest.

Warren was charged with trespassing-posted property and resist/interfere with an arrest.