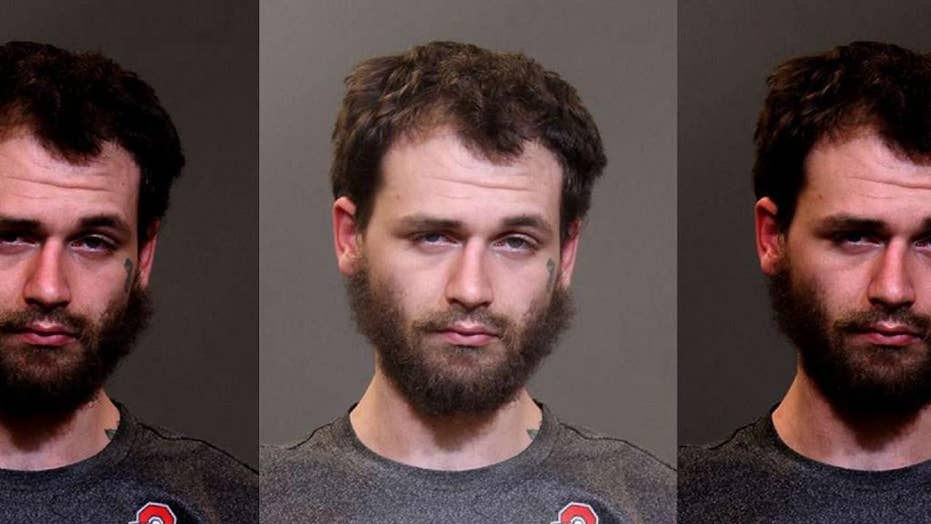 There is a manhunt underway for an Ohio man accused of stealing a police cruiser from officers who revived him after a drug overdose.

An Ohio man has been accused of stealing a police cruiser from officers who had just revived him from a near-fatal drug overdose.

Columbus police said Jeremy Davis, 25, went on the lam after ditching the cruiser in an alley Friday.

The officers used Narcan to revive Davis who was barely conscious when they found him in an apartment belonging to his girlfriend, Fox 28 Columbus reported.

“The officers revived the suspect who had a fading pulse and brought him back basically from dying,” Sgt. Douglas Wilkinson told the station.

The trouble started when officers put Davis in an ambulance and checked to see if he had any outstanding warrants.

Davis then ran out of the ambulance, jumped into a cruiser that was running and took off, the station reported.

Court records show Davis has a long rap sheet that includes arrests for drug possession and theft, according to the station.