A SET of staggering X-rays reveal how doctors re-attached a man's feet – after they were chopped off in a horrific accident.

The man's legs were trapped and his feet torn off after he fell into a ribbon blender at a textile factory on a night shift in Bangkok, Thailand. 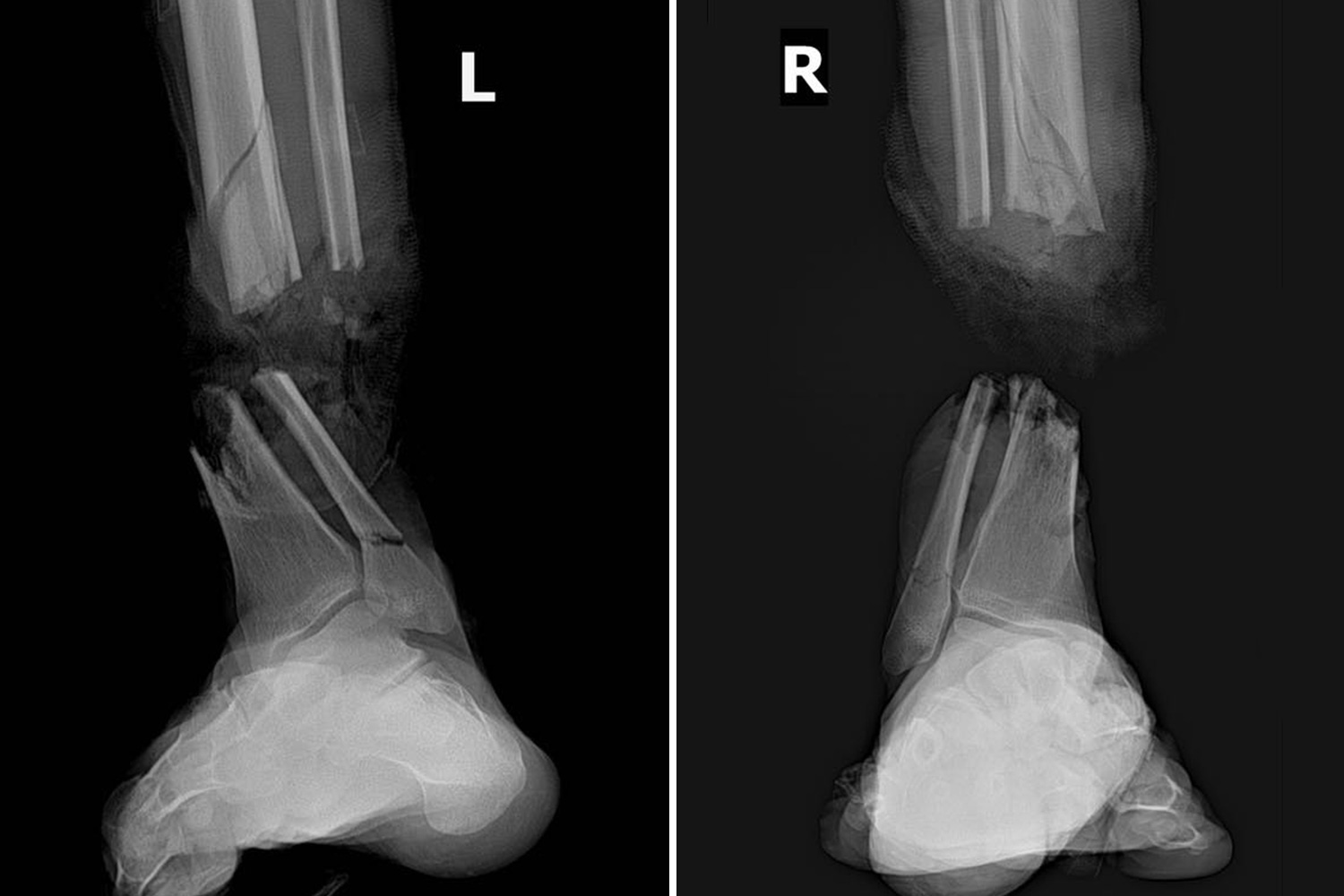 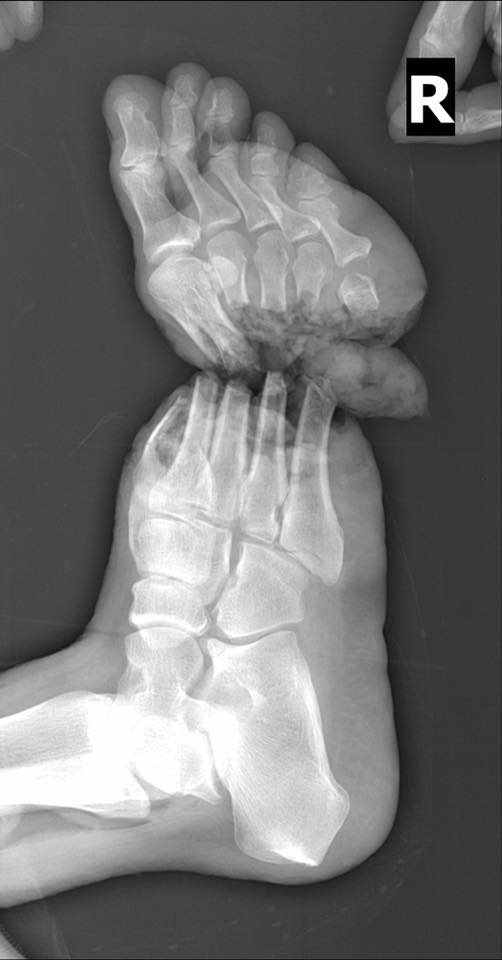 Paramedics scooped up his mangled feet and rushed the factory worker to hospital.

There, leading reconstructive surgeon Dr Wichit Siritattamrong, who was called in during the night, took over the man's case.

He arrived back at work and took his patient straight into surgery, in a bid to save his feet.

Dr Siritattamrong worked through the night, operating for seven hours to re-attach the bones, ligaments, blood vessels and nerves.

He then inserted steel rods to hold the man's severed limbs in place.

The surgery took place in December 2016, but Dr Siritattamrong is sharing the medical report now, after his patient finally learned to walk again.

The unnamed man has even managed to return to work at the same factory where the accident happened. 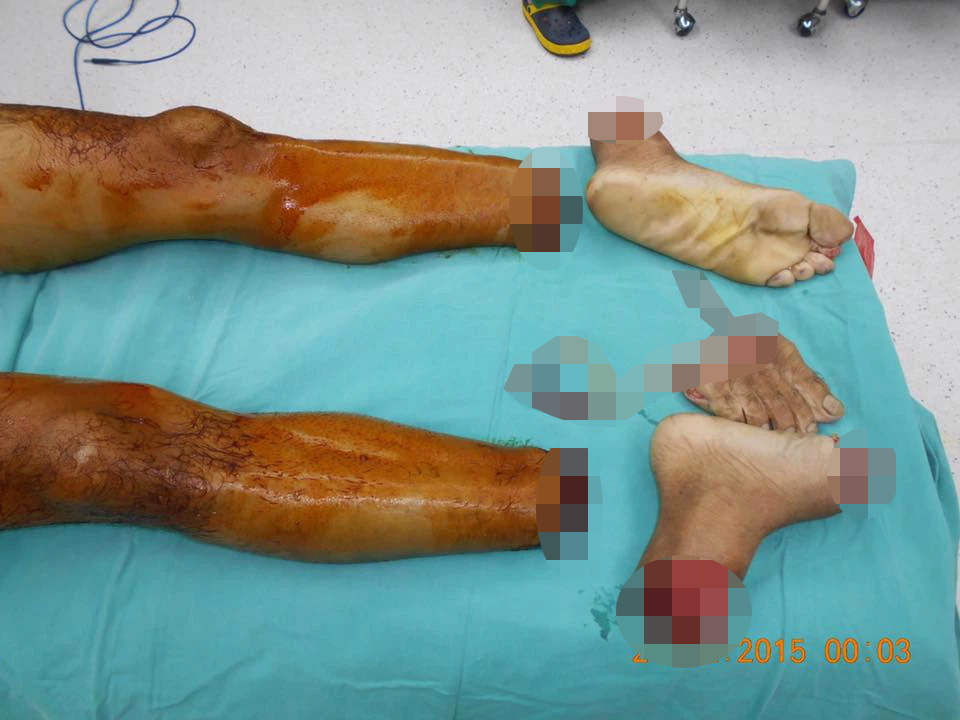 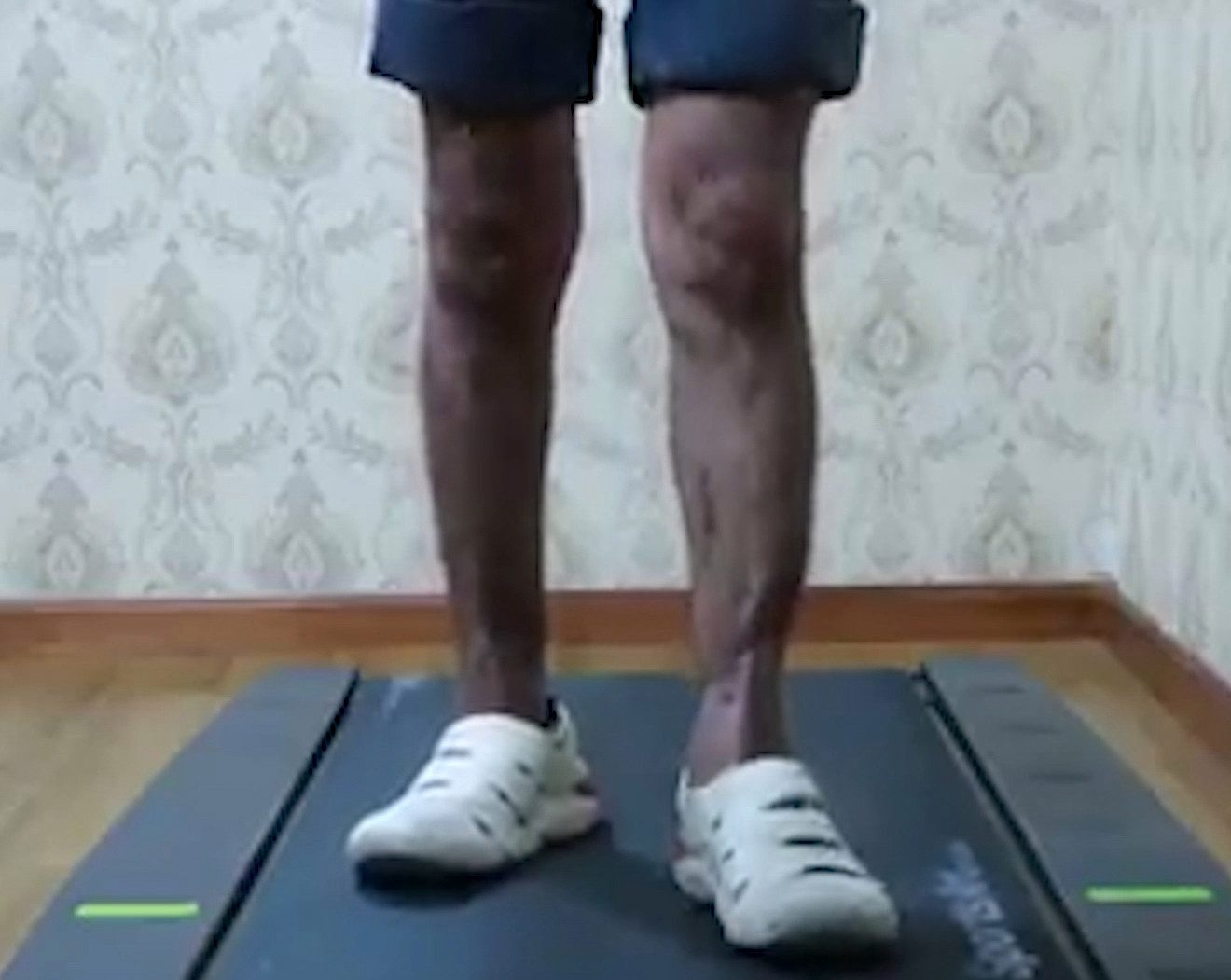 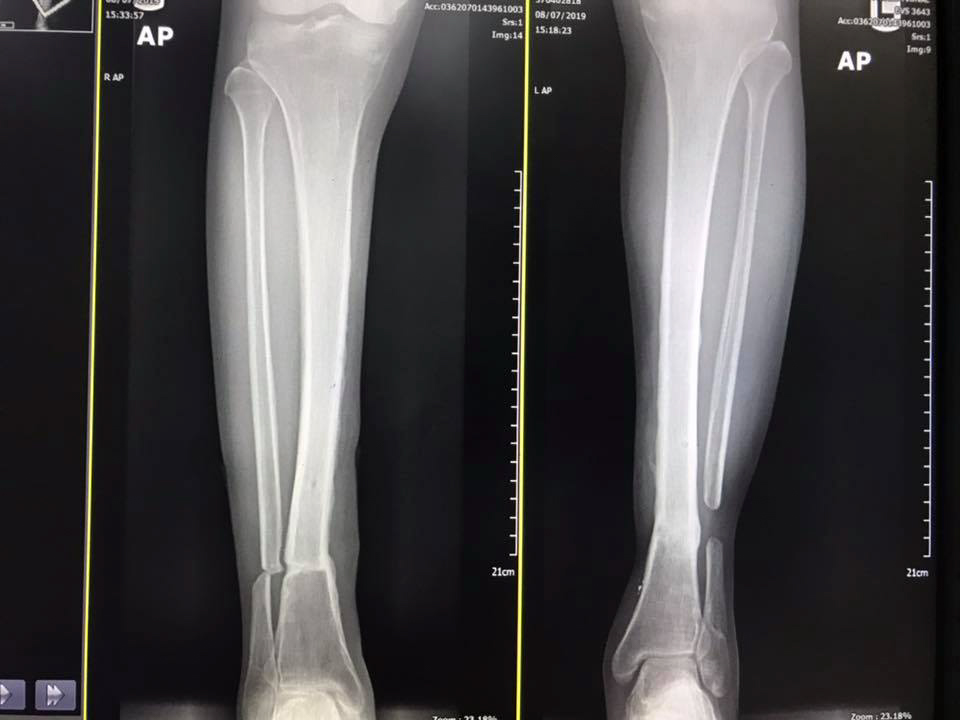 Dr Siritattamrong said the patient, who passed out after the horrific accident, woke up the next morning and was amazed that he was alive – and stunned that his feet were re-attached.

The patient had a metal frame around his leg for three months – both internally and externally – with the internal steel rods remaining in place for two years, allowing the bones to heal.

He was confined to a wheelchair before having physiotherapy.

Dr Siritattamrong added: "After two years without walking, the brain has forgotten how to walk.

"The man needed to learn the process all over again which took him almost a year until he would walk. 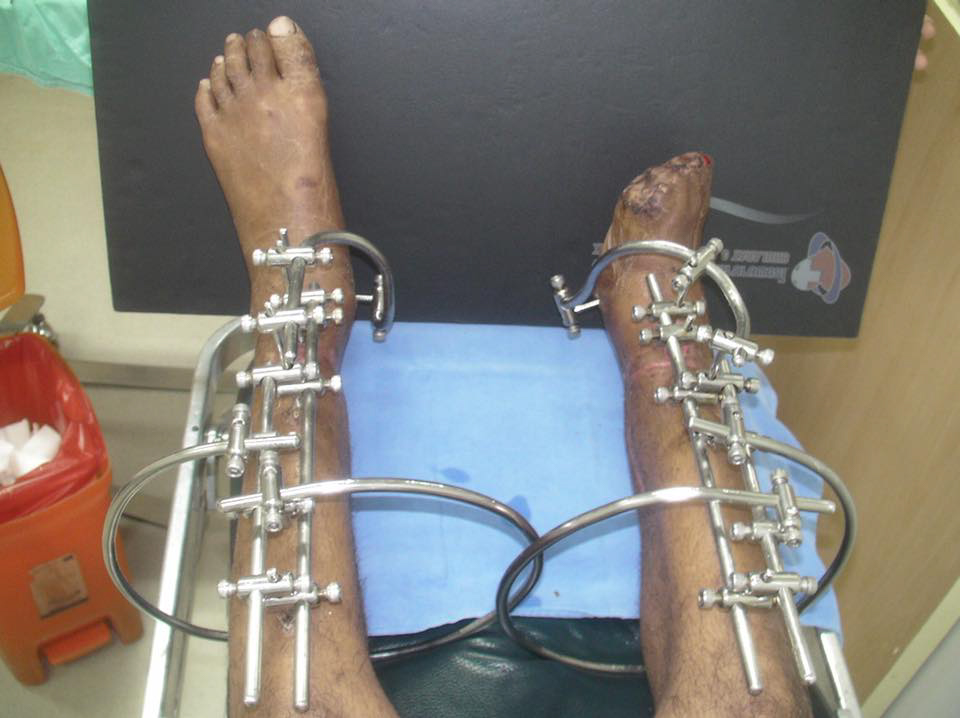 "It has taken three years of rehabilitation but not he is able to walk around almost like a normal person."

Dr Siritattamrong said that even though the surgery is high risk, he performed it anyway. But he cautioned other less experienced medics from trying the same operation.

He said: "When these kinds of accidents happen the important issues that should be considered are, firstly, if the patient can use that organ again?

"Another is about the beauty of the result, will it look normal? If one issue among the two is positive, then it is worth performing the surgery.''

The doctor said he doesn't feel any pressure during the operations but admits that it is hard ''dealing with the expectations of patients''.

He added: "I have been working as an orthopaedic hand and reconstructive surgeon for over 31 years and now. Honestly, this situation is pretty normal to me.

"But the most hard part was dealing with the expectation of patients and their relatives. They always expect everything to be perfect, which is impossible." 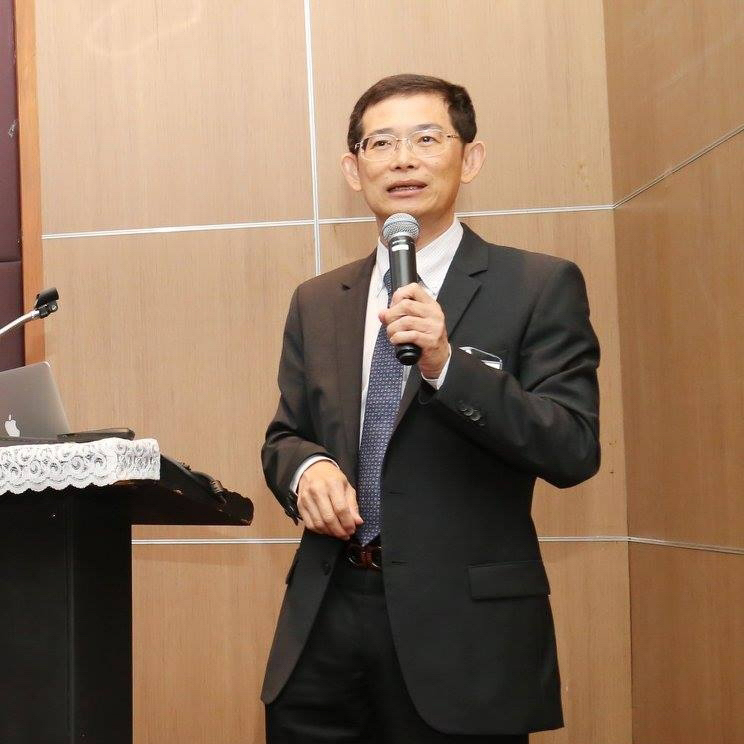