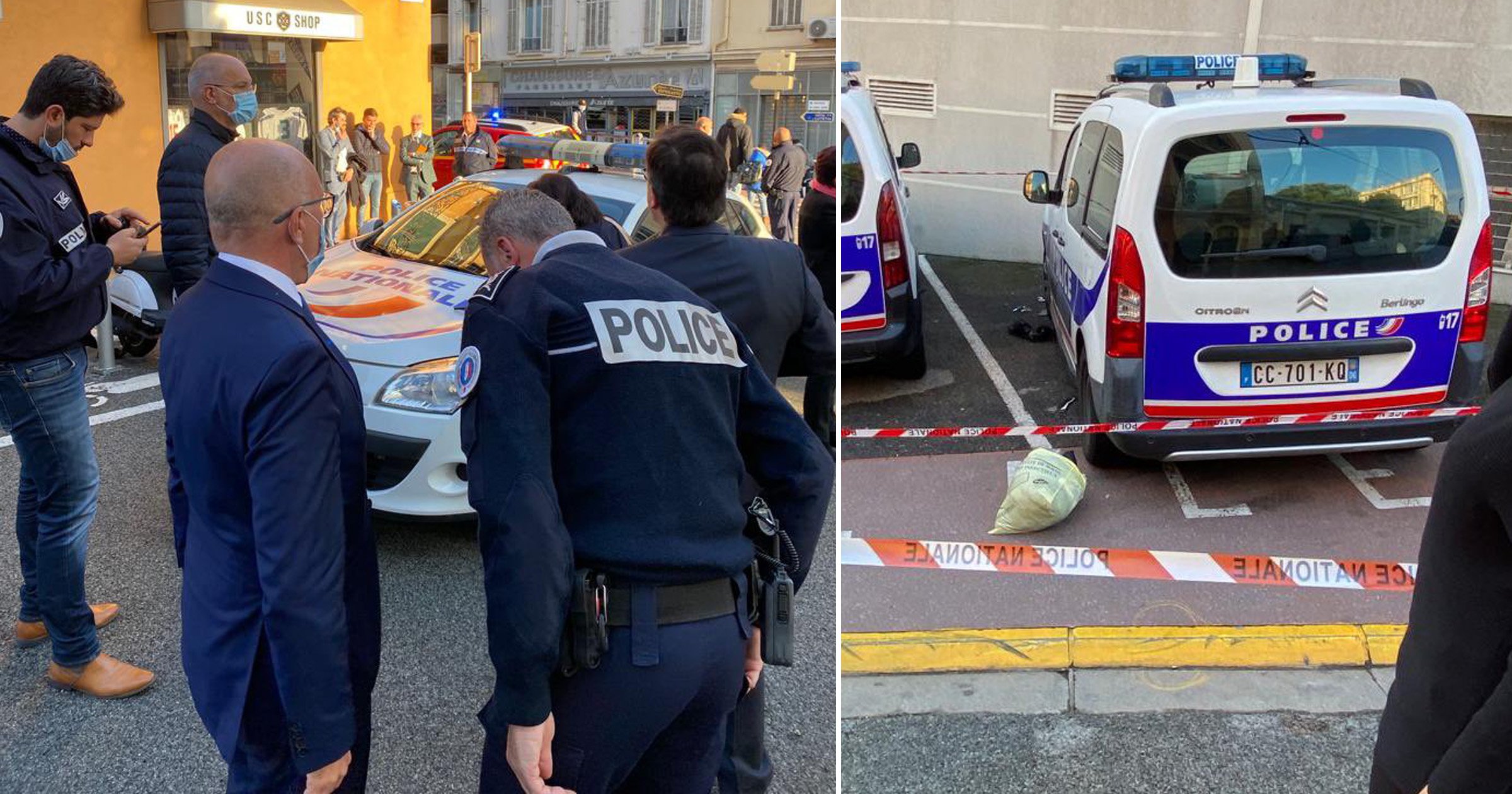 Police officers in southern France were attacked by a knifeman this morning in a suspected terror attack.

Three men narrowly avoided serious injury while sitting in a police car in the city of Cannes.

According to a French TV station citing a police source, the attacker opened the door of a vehicle parked outside a station.

The officer at the wheel was stabbed with a knife and a second officer narrowly avoided being injured.

A third officer also in the car shot and ‘neutralised’, the knifeman, who had previously threatened staff outside the main Police Commissariat in the town ‘in the name of the Prophet’.

They added: ‘He pulled open a car door and started stabbing.

‘It was only thanks to officers wearing bullet proof vests that none of them were injured.

‘The driver of the car tried to pull away, while another on the back seat of the car opened fire, and the man was severely wounded.

‘He had been shouting religious slogans referring to the Prophet throughout the attack. The knifeman is now in a critical condition in a hospital in Cannes.’

David Lisnard, the mayor of Cannes, said: ‘One of the officers responded with his gun.

‘There are no deaths and the circumstances of the attack are being clarified.’

Both officials confirmed that specialist anti-terrorism magistrates were now leading the enquiry.

The incident was confirmed by French interior minister Gerald Darmanin this morning.

He tweeted: ‘I am going to the scene immediately this morning and I offer my support to the national police and to the city of Cannes.’

In a separate, unrelated incident in Paris, fireworks were launched at a police station by a large gang.

According to a senior police official, ‘50 to 60 thugs’ attacked the station with ‘mortars’.

Footage shared by police commissaire Matthieu Valet was accompanied with a message saying ‘barricades, ambushes: they do everything to bring down [the police]’.

Terrorism, violent crime and security have become a major theme in the run up to the 2022 French president election.

Emmanuel Macron will seek a second term in April but is facing a strong challenge from right wing candidates.