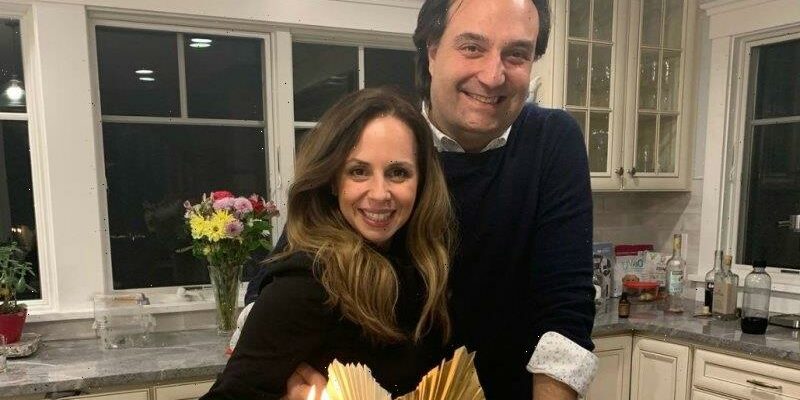 Brian Walshe turned to Google shortly after Christmas with a question: “What’s the best state to divorce for a man?”

Within a few days, prosecutors in Norfolk County, Massachusetts, US, say, his queries took on a more ominous tone. Using his son’s iPad in the early morning hours of New Year’s Day, he allegedly searched: “How long before a body starts to smell?” and “Ten ways to dispose of a dead body if you really need to”. 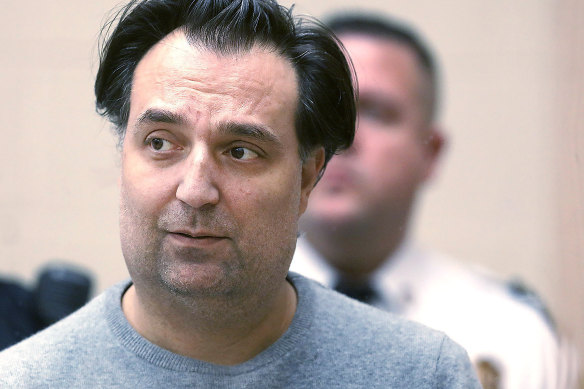 Brian Walshe was last week charged with impeding the investigation into his wife Ana’s disappearance from their home.Credit:The Patriot Ledger/AP

Walshe’s chilling search history was among evidence disclosed by prosecutors on Wednesday as he was arraigned on charges of murdering and dismembering his wife, Ana Walshe. Assistant Norfolk District Attorney Lynn Beland said investigators had also recovered 10 garbage bags containing bloodstained items, cleaning supplies, a hacksaw, a hatchet and cutting shears. Both Walshes “contributed” DNA discovered on clothing in the bags, she said.

“Rather than divorce,” the prosecutor said, “it is believed that Brian Walshe dismembered Ana Walshe and discarded her body.”

Authorities apparently have not found remains of the 39-year-old mother of three. During Wednesday’s hearing, Beland said surveillance cameras captured Brian throwing garbage bags into dumpsters at three apartment complexes and at his mother’s home. Some had been incinerated before authorities could intervene. 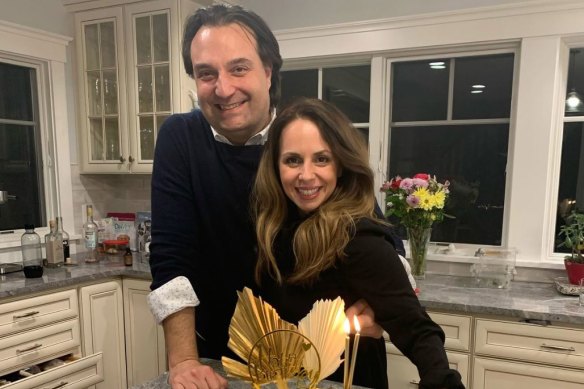 Brian Walshe, left, and his wife Ana were married in 2015.Credit:Courtesy Peter Kirby via Nine

He entered a not-guilty plea to Wednesday’s charges as well as an earlier charge of misleading a police investigation. Dressed in a grey shirt, he was mostly quiet in court, aside from saying “I do” when asked whether he understood the charges. He shook his head as some of his alleged Google searches were read to the judge.

Beland listed scores of phrases Walshe allegedly searched online over the first days of the new year. Among them: “How to stop a body from decomposing”, “Can you throw away body parts”,“How long does DNA last”, “How to clean blood from wooden floor”, “What happens when you put body parts in ammonia”, “Is it better to throw crime scene clothes away or wash them” and “Hacksaw best tool to dismember”.

Another of his alleged inquiries: “Can you be charged with murder without a body?”

His lawyer Tracy Miner cast doubt on the evidence in a statement issued after the hearing, during which a judge ordered Walshe held without bail. She said prosecutors had not provided her with evidence in the case and declined to comment further.

“I intend to win this case in court, not in the media, which has already tried and convicted Mr Walshe,” Miner said.

The disappearance of Ana Walshe had drawn national attention, in part because of her husband’s previous legal troubles. At the time his wife vanished, the 47-year-old man was on home confinement while awaiting sentencing in a federal fraud case involving phoney Andy Warhol art. He was also entangled in a protracted legal battle over his father’s estate. 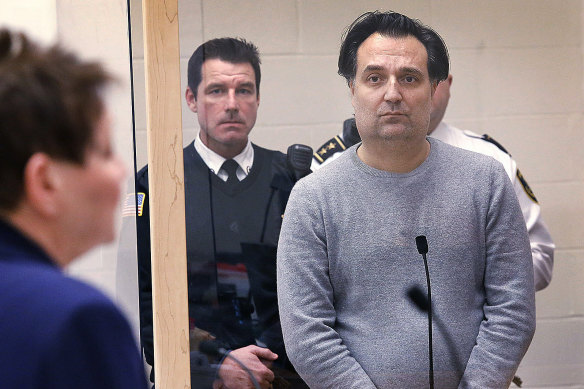 Biran Walshe, right, has been charged with the murder of his wife, missing woman Ana Walshe in Massachusetts. Credit:The Patriot Ledger/AP

Ana Knipp, a native of Serbia who would climb to an executive-level position in Washington DC, first crossed paths with Brian Walshe, the son of a prominent Boston neurologist, at the hotel where she worked in 2008, according to a Boston Globe report. She was married to another man around that time but described her encounter with Walshe as “love at first sight” in a court filing, the newspaper reported.

They announced their engagement in 2015, according to the Globe, and went on to marry and have three boys who are now two, four and six years old. Last year, she began splitting her time between Washington and Massachusetts after getting a job as a regional general manager at the real estate investment firm Tishman Speyer. She flew to Washington during the week and returned on weekends to Cohasset, Massachusetts, where her husband and children lived. The family kept a townhouse in Washington in addition to their Massachusetts home.

The couple had allegedly encountered conflict in their relationship in the past. In 2014, Ana reported to Washington police that Brian had threatened to kill her and a friend. No charges were filed, and a police spokesman said the case was closed because Ana declined to cooperate.

When Brian was arrested in the fraud case in 2018, she stood by him. According to court records, he promised a friend that he would sell three Andy Warhol paintings for a good price. He sold one piece for $US40,000 ($58,000) soon after, but did not tell the friend or give him the proceeds. He later sold two other paintings to a California gallery owner for $US80,000 – but the pieces were fake. He pleaded guilty to wire fraud, interstate transportation for a scheme to defraud, possession of converted goods and unlawful monetary transaction in 2021.

Ana wrote a letter last year thanking the judge overseeing the fraud case for allowing him to await sentencing at home, saying that their family was “able to be together during many of the milestones”.

“We are all looking forward to the new chapter of his life,” she wrote.

But more recently, Ana’s mother feared strife. In an interview with Fox News Digital, Milanka Ljubicic said her daughter had called on December 25 and begged her to come from Serbia to Washington to see her the next day. The plea led her to believe “that clearly there must have been some problems,” she said. She said she had also missed calls from her around midnight on December 31.

Four days later, co-workers reported her missing after she failed to show up at her office. Police officers were dispatched to the Walshes’ home to conduct a welfare check.

“It was only at this time when they met with the defendant that he first reported his wife missing,” Beland said.

His statements to police would land him with a charge of misleading investigators. He said the couple had hosted a friend for New Year’s Eve dinner at their home and gone to bed after the friend left between 1am and 1.30am. Hours later, he said, his wife woke him up and said she had a work emergency. He said she kissed him goodbye around 6 or 7am, according to an arrest affidavit for the misleading an investigation charge, which was obtained by the Boston Globe.

Although Brian told police his wife typically travelled to the airport in a ride-share vehicle, investigators said they were unable to confirm that she took one on New Year’s Day. They also found that she never boarded a flight, although she had one booked for January 3. Her phone had not pinged mobile phone towers since early on January 1, and investigators could find no electronic footprint.

Meanwhile, Brian’s account of the days after his wife went missing did not add up, prosecutors allege. He told investigators that on January 1 he visited his mother in Swampscott, Massachusetts, a roughly 53-kilometre drive away, and ran errands for her at Whole Foods and CVS.

Police were unable to verify the store visits – Brian was not captured on surveillance cameras at either store and did not produce any receipts to prove he had made a purchase, the affidavit says. Investigators also allege that Brian failed to disclose a January 2 trip to Home Depot where he wore a black mask and blue surgical gloves while buying about $US450 worth of cleaning supplies.

“During the time frame when he didn’t report his wife and gave various statements, that allowed him time to either clean up evidence, dispose of evidence,” Beland said as he was arraigned on the charge of misleading investigators.

In court on Wednesday, the prosecutor revealed additional evidence that led to the murder charge. She said Ana’s phone indicated it was stationary near their Cohasset house on New Year’s Eve, until 3.14am on January 2. At that point, it was switched off.

Beland said the 10 trash bags, which were recovered at a transfer station in Peabody, contained human blood. Testing revealed Brian and Ana Walshe were contributors to DNA found on a pair of bloody slippers and the interior cuff of a Tyvek protection suit. Also found in the bags were Hunter boots and a Prada purse consistent with the outfit Ana was last seen wearing. A coronavirus vaccination card in her name was also inside, as well as part of a rug with red-brown stains and baking soda on it.

When police visited the couple’s home on January 4, they found Brian’s Volvo had the seats down and a plastic liner in the back, Beland said in court. The next day, she said, there were fresh vacuum streaks in the vehicle’s carpet. An analysis of the car allegedly turned up traces of blood. In the basement, police allegedly found blood, a damaged bloody knife, a second knife, a heavy-duty tarp and plastic liners.

On her public Instagram account, where she published smiling selfies and photos of her kids, Ana betrayed no signs of trouble leading up to her disappearance. In a December 31 post, she shared an image with the quote “Take the risk of optimism”, adding hashtags including #2023.

Shortly after the new year struck, prosecutors allege, she was killed.