A MAN called James Bond threatened to "shoot cops in the teeth" during a six-hour stand-off after launching a foul-mouthed rant at neighbours who complained about him blasting loud music.

The 55-year-old – who shares his name with 007 – has been jailed for more than two years after his drunken outburst brought "fear and terror to the streets" of Manchester. 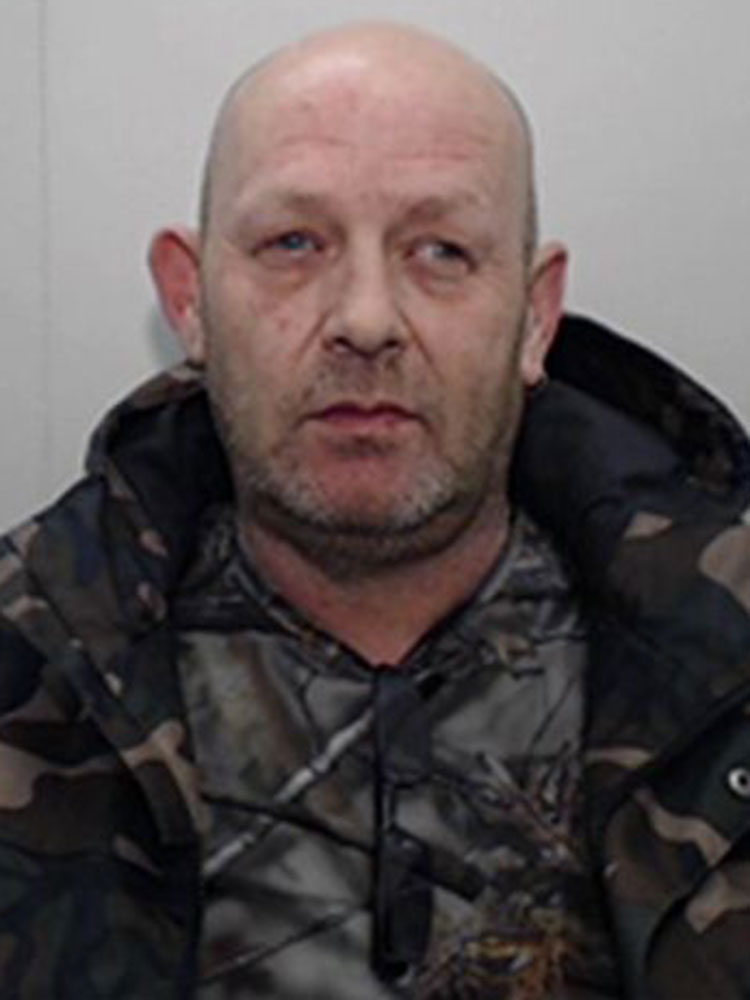 After downing a bottle of vodka, Bond – who had not taken his anti-psychotic medication – began playing music at a high volume before banging on the wall adjoining his neighbour's property on February 7.

By 8.20pm, police had been called and he was seen vomiting and falling over in his front garden in New Moston, Manchester Evening News reports.

After cops left the scene in Annesley Road, Bond unleashed a tirade of abuse on his neighbours, leaving them feeling "intimidated" and "nervous", prosecutor Lucy Wright said.

"You are going to get leathered," he screamed.

"You are all going to get it. I am going to shoot you."

Police were once again called out at 5.10am – but when officers knocked on the door, Bond appeared in an upstairs window wielding an orange BB gun.

He then began a verbal attack at cops, telling them he would "shoot them in the teeth" as he waved the weapon around, adding: "F*** off out my garden."

Officers retreated and called for back up, with armed cops then in a six-hour standoff with Bond before he finally turned himself in at about 11am.

A hearing at Minshull Street Crown Court was told how he was struggling to cope with the sudden loss of his dad to Covid just weeks before the incident.

It went on for hours and only after several hours of negotiation did you give yourself up. It led to fear and terror on the streets.

Bond, who has 18 previous convictions for 28 offences, also lost his son in 2017, the court heard.

Iain Johnstone, defending, said Bond had not taken his prescribed anti-psychotic medication, adding that his client faced losing his mother, who was in hospital with the virus, that night. She has since passed away.

"He is a gentleman who has managed despite the difficulties he has faced," Mr Johnstone said.

"He immediately gave an indication of a guilty plea and it does appear to be a one-off incident.

"In reality, (this case) is a 55-year-old man, drunk in his own house, with mental health problems. That is not the type of situation which represents serious disorder.

"The probation service are of the view that the risk of reoffending is good and the record of supervision is good."

But handing down his sentence, Judge Sophie McKone said Bond's actions made for a "very frightening experience" for all involved.

"Being confronted with a gun must have been a very frightening experience for them," she said.

"You continued to be aggressive and shouted at people for hours.

"It went on for hours and only after several hours of negotiation did you give yourself up.

"It led to fear and terror on the streets."

James Bond, of Annesley Road, pleaded guilty to possession of a firearm with the intention to cause fear of violence; and using threatening words/behaviour.

He has been jailed for 27 months.