Man, 55, SURVIVES after he fell 12 stories from a Manhattan apartment window he was ‘trying to fix’ in front of his horrified wife

A 55-year-old man is in a critical condition after he fell from the 12th floor of a Manhattan apartment building while trying to fix a window on Friday.

The man’s wife reportedly watched on in horror as her husband plummeted to the ground below.

Not currently named by authorities, but referred to as ‘Mike’ by his neighbors, the man struck the pavement at around 9:30 am having fallen from a window of a residential block on East 87th St, Third Avenue.

Police say a wrench was found on the ground next to his unresponsive body. 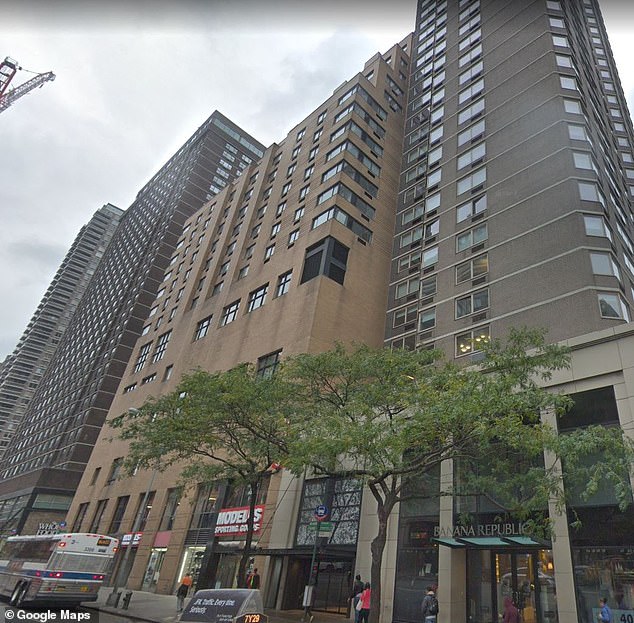 The man fell from the 12th floor of the Upper East Side apartment on E. 87th Street, Third Avenue, on Friday morning

Mike’s wife was inside the apartment at the time of the accident, a matter of a few feet away from him as he fell.

A near-by construction worker and police officer performed CPR on the man until paramedics arrived.

‘He was reaching out [the window], I guess he was cleaning the window or something and I had to get back to work’, eyewitness Humberto Vargas recalled just before the fall to the Daily News.

‘I didn’t see him fall out. I heard a sound, but I didn’t know it was him until I got there and saw him on the ground,’ he added.

Vargas’ boss was the worker who ran to the man’s aid. 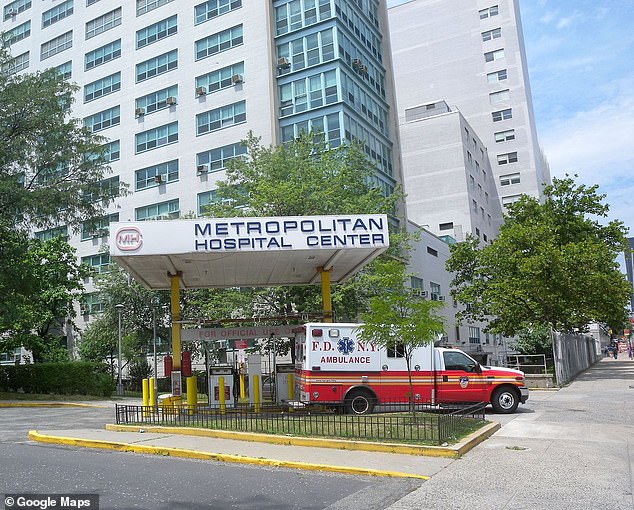 A construction worker and police officer administered CPR to the man while they waited for paramedics to arrive. He was rushed to the Metropolitan Hospital Center (pictured) where he remains in a critical condition

Another eye-witness recalled seeing ‘something drop’ out the corner of her eye.

‘It was like a second trying to see what happened. I didn’t see him fall from the sky, he just dropped,’ said Lanita Stinnie, 38, a bakery worker across the road from the apartment block.

The victim was rushed to the Metropolitan Hospital Center with life-threatening injuries.

He remains in a critical condition.