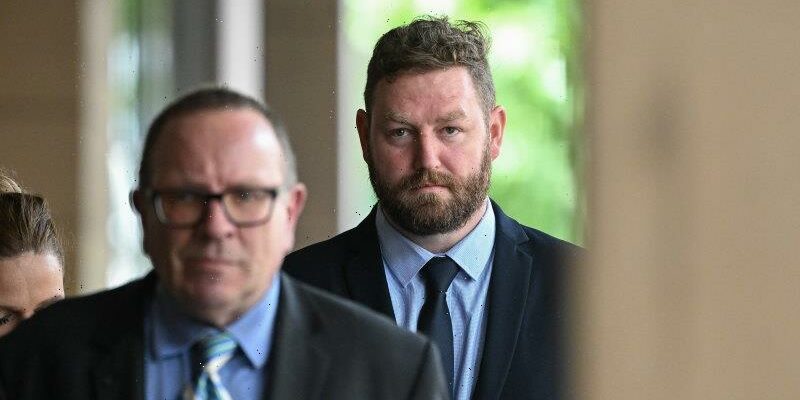 A man knocked unconscious during a sling tackle arrest at a pandemic rally last year repeatedly yelled abuse at police, circled officers and filmed them with his mobile phone in the lead-up to the violent incident.

Witnesses said he called officers “pigs” and “dogs” as pandemic protesters marched outside.

After approaching police several times, Peterson-English was arrested, fined for not wearing a mask and released on the spot. He later returned to the concourse area and continued to film police when Acting Sergeant Beau Barrett grabbed him from behind and tackled him to the ground.

Footage of the incident shows Barrett throwing Peterson-English to the ground in a sling tackle. Peterson-English’s head hit the tiled floor, and he fell unconscious on September 22, 2021.

Barrett is now facing assaulted-related charges after mobile phone footage of the incident was posted online. He is facing a hearing that will determine whether he stands trial. 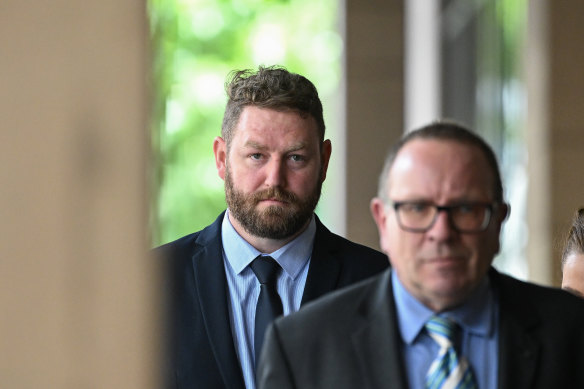 On Monday, witnesses told magistrate Rob Stary that Peterson-English first approached officers about 1.15pm and across a period of more than an hour, repeatedly circled them and hurled abuse as pandemic protesters marched outside the station towards the Shrine of Remembrance.

Constable Nicholas Senior told the court Peterson-English sounded “exorcist like” as he yelled at officers. Another police officer was heard on body-worn camera footage telling the man to “stand back please, don’t come any closer” as they stood in a line in the station concourse watching the march.

PSO Katrina Climie said that during another interaction with officers, Peterson-English appeared so aggressive she pulled out her pepper spray in preparation of the situation escalating, something she’d only done three times in her eight-year career.

Climie said in evidence that she had heard Peterson-English yell “pig, f— off, go kill yourself!” 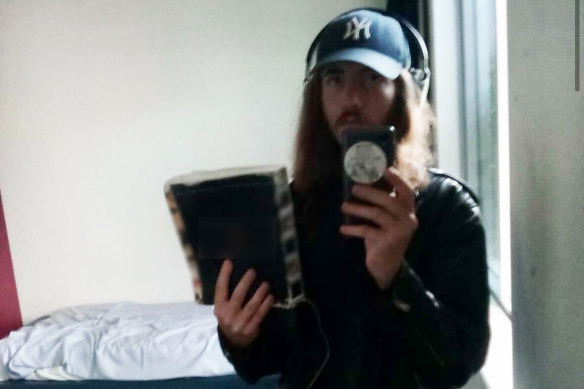 Peterson-English, who gave evidence from a remote facility on Monday, told the court he now lived with post-traumatic stress disorder from the arrest, and struggled to respond to questions.

He conceded though at the time of the incident he was not taking his prescribed anti-psychotic medication.

“I want to place a lawsuit against the people who have assaulted me. I was assaulted, now I have PTSD from it,” he said.

“I’ve been assaulted by members of Victoria Police.”

The court heard Peterson-English refused to go to hospital by ambulance.

Barrett was suspended by Victoria Police and was later charged with recklessly causing injury and assault after mobile phone footage of the incident was posted online.

Senior said Barrett was grappling with another case he was involved in investigating – the murder of a child – at the time of the arrest, and he appeared upset in the aftermath of Peterson-English’s arrest.

The case will return to court on Tuesday, and another 11 witnesses are to give evidence.