Dental technician found with £1million worth of cocaine stashed in two Bags for Life will repay LESS than £6,000 of the £200,000 he made from drugs

A dental technician who was found with £1 million worth of high-purity cocaine will have to repay less than £6,000 of money he made from drugs.

Andrew Mackie, 53, was found with with £1 million worth of cocaine stashed in two Bags for Life and made almost £200,000 from his criminal enterprise, a court heard.

During a proceeds of crime hearing, a judge was told the 53-year-old’s assets are now calculated at £6,000.

Mackie was arrested at the offices of Precision Chrome Castings in Kiln Bridge Works in East Farleigh, Kent, on August 29 last year.

Maidstone Crown Court was later told how police found £5,000 in a filing cabinet, more money in his car and the drugs.

Prosecutor Tom Dunn revealed that following an investigation under the Proceeds of Crime Act, Mackie benefited by £194,105. 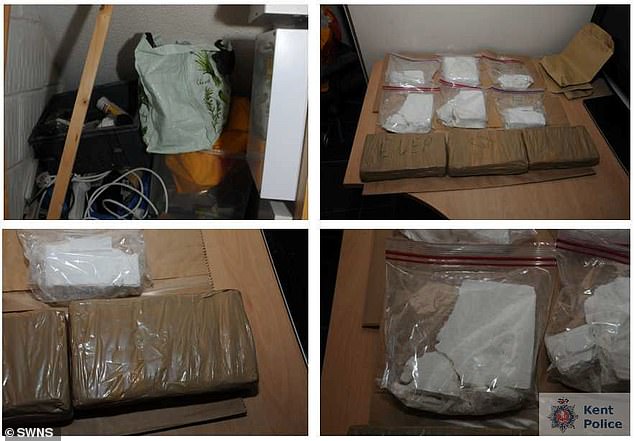 He said the £5,980 in cash – which the police seized during the raid – was his total assets and the judge ruled that money should be confiscated.

In January this year, Mackie, of Loose, Kent, was jailed for eight years and four months after admitting being involved in the supply of cocaine.

He now has 14 days to sign over the cash or face a further three months inside, the court heard.

During his earlier sentencing, Maidstone Crown Court heard how police also found gloves and scales with the sealed haul.

They had gone to the premises and asked him if there were any drugs there and he had directed them to a cupboard where they found three sealed parcels and six grip-seal plastic bags containing 5.34 kilos of cocaine.

His barrister David Burgess told Judge Philip Statman: ‘In August last year [2019] events resulted in the shattering of a number of lives…the lives of his children, his ex-wife and his fiancée, with whom he was going to get married a week after his arrest.’ 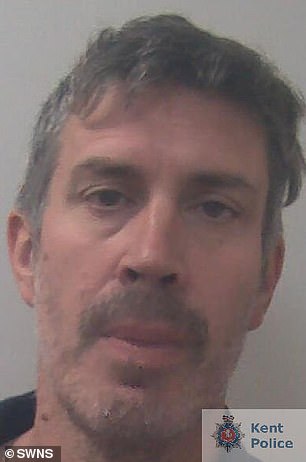 Andrew Mackie was arrested at the offices of Precision Chrome Castings in Kiln Bridge Works in East Farleigh, Kent, on August 29 last year

He added that Mackie’s friends were in ‘complete bewilderment’ to discover he was involved in drugs.

Craig Evans, prosecuting, said the phone found in the premises during the raid – which had Mackie’s DNA on the sim card – can only be bought online and shipped to the UK.

He said it did not work on phone networks used in the UK and could only be accessed using a password which was almost impossible to crack.

Judge Statman commended the drugs team for their work and told them he had ‘considerable concern’ over the use of the phones in ‘the furtherance of grave crimes which afford crime gangs total anonymity’.

The cocaine had originally been given an estimated value of £500,000 but with a purity of up to 99 per cent police revised its worth to £1m.

It had been stored in the bags at the premises – but the prosecution said they did not believe Mackie was using his dental business as a cover for drug dealing.

But the judge said the fact the cocaine was between 86 and 99 per cent showed that Mackie was ‘near the top’ in the crime gang – while accepting there were others ‘above you in the chain’.

In jailing Mackie, who admitted supplying the class A drug, told him that cocaine was ‘pernicious’ offering users ‘a short-term high’ and giving dealers ‘vast profits’ when they distributed the narcotic.

He added: ‘You made a very bad decision when you became involved in a highly sophisticated operation and you played a significant role…although I accept you were not the prime mover.’