The victim, in his 20s, had answered a knock at his door when the attacker pulled out a gun and blasted him in the face. 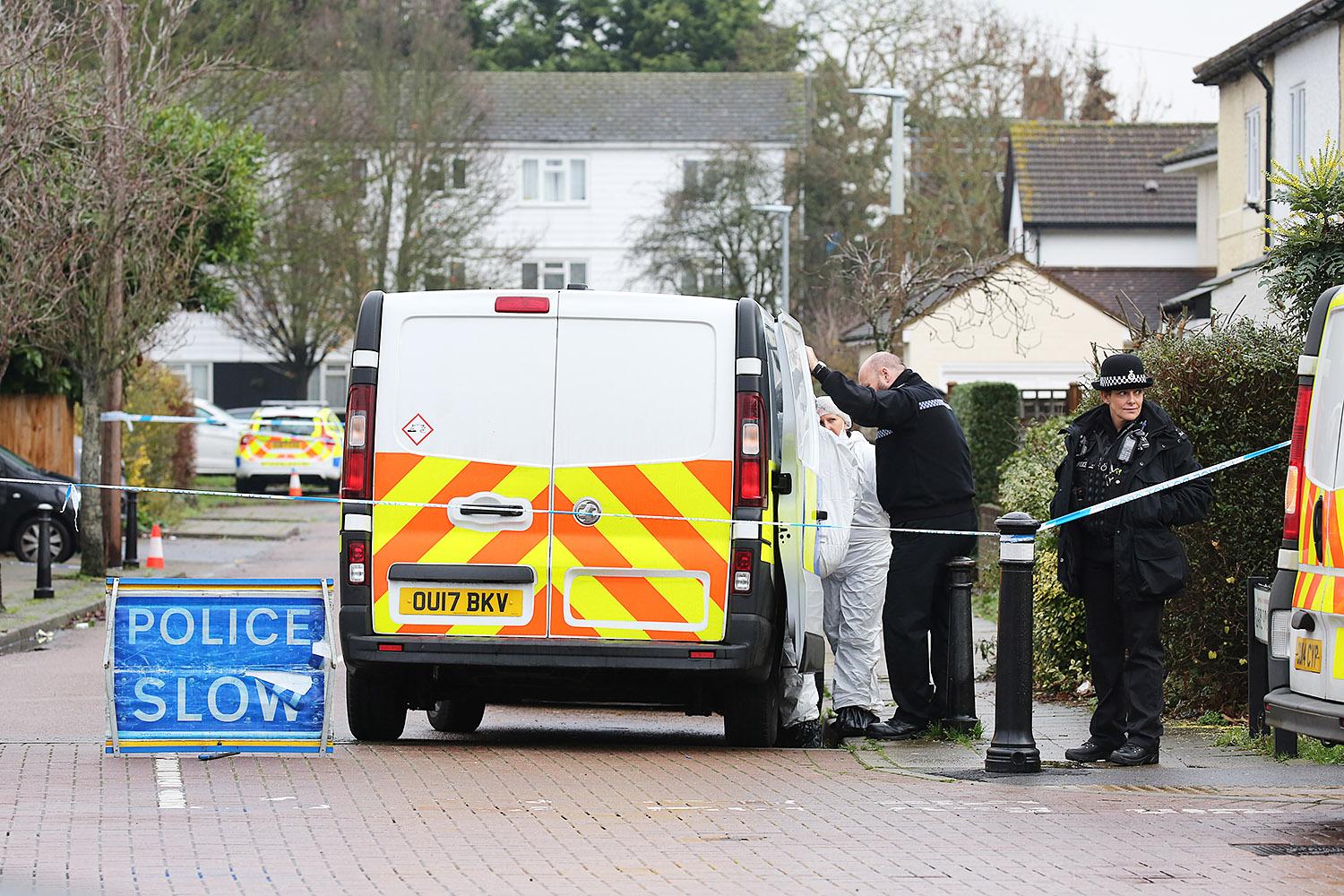 Detectives are hunting for the gunman who is thought to have been with others and was driven away from the house.

Officers said they wanted to talk to anyone who had see a car being driven in the area before and after the shooting which happened at 9.25pm last night in Hoddesdon, Hertfordshire.

A spokesman for Hertfordshire Police said Ogard Road in Hoddesdon is still sealed off as forensic experts examine the scene for clues.

A cordon is in place around the house and another nearby road.

They said: "Detectives from Bedfordshire, Cambridgeshire and Hertfordshire Major Crime Unit are appealing for witnesses and information after a man was seriously injured in Hoddesdon.

"Police were called to Ogard Road after it was reported that a man in his 20s had sustained a gunshot wound to his face. 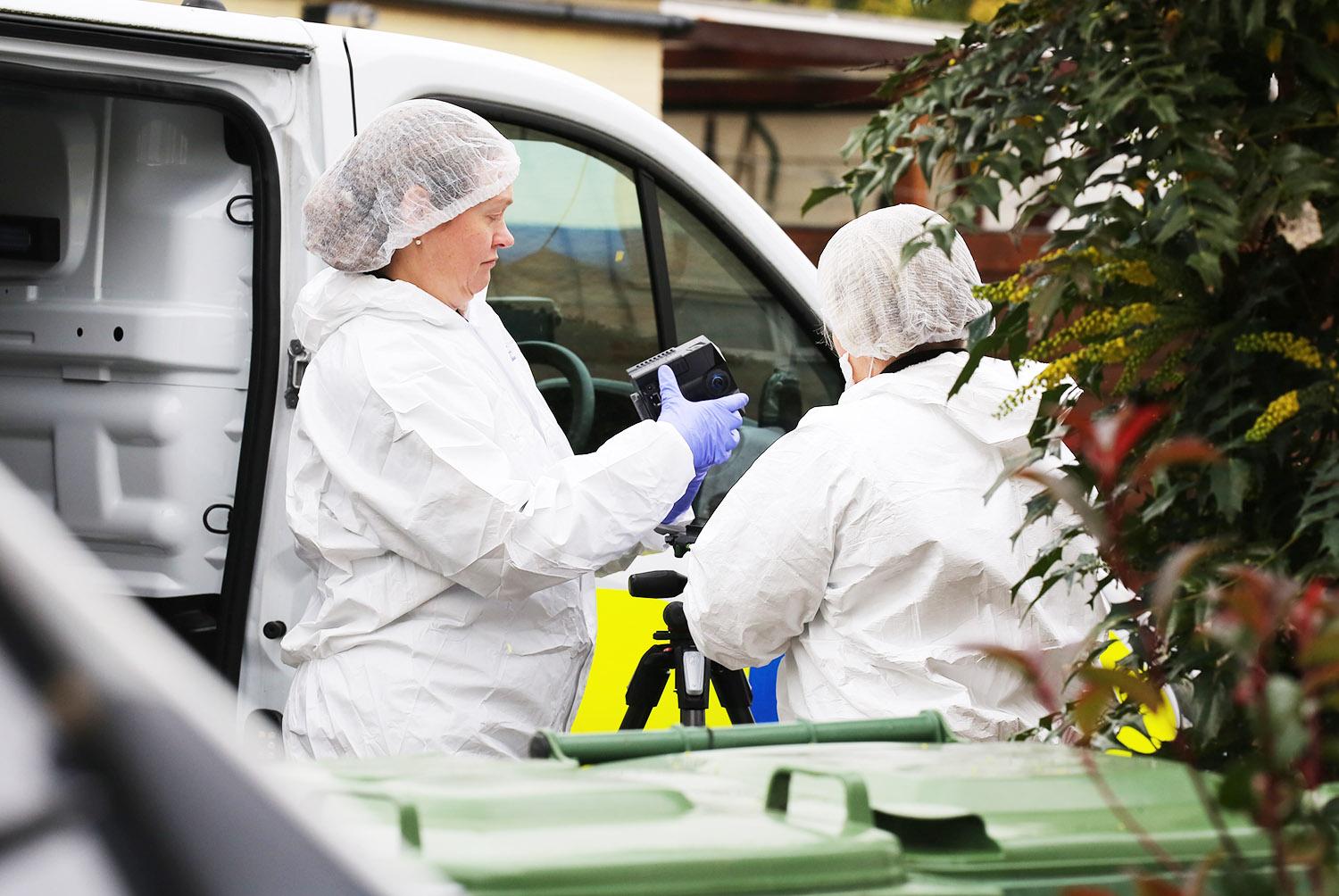 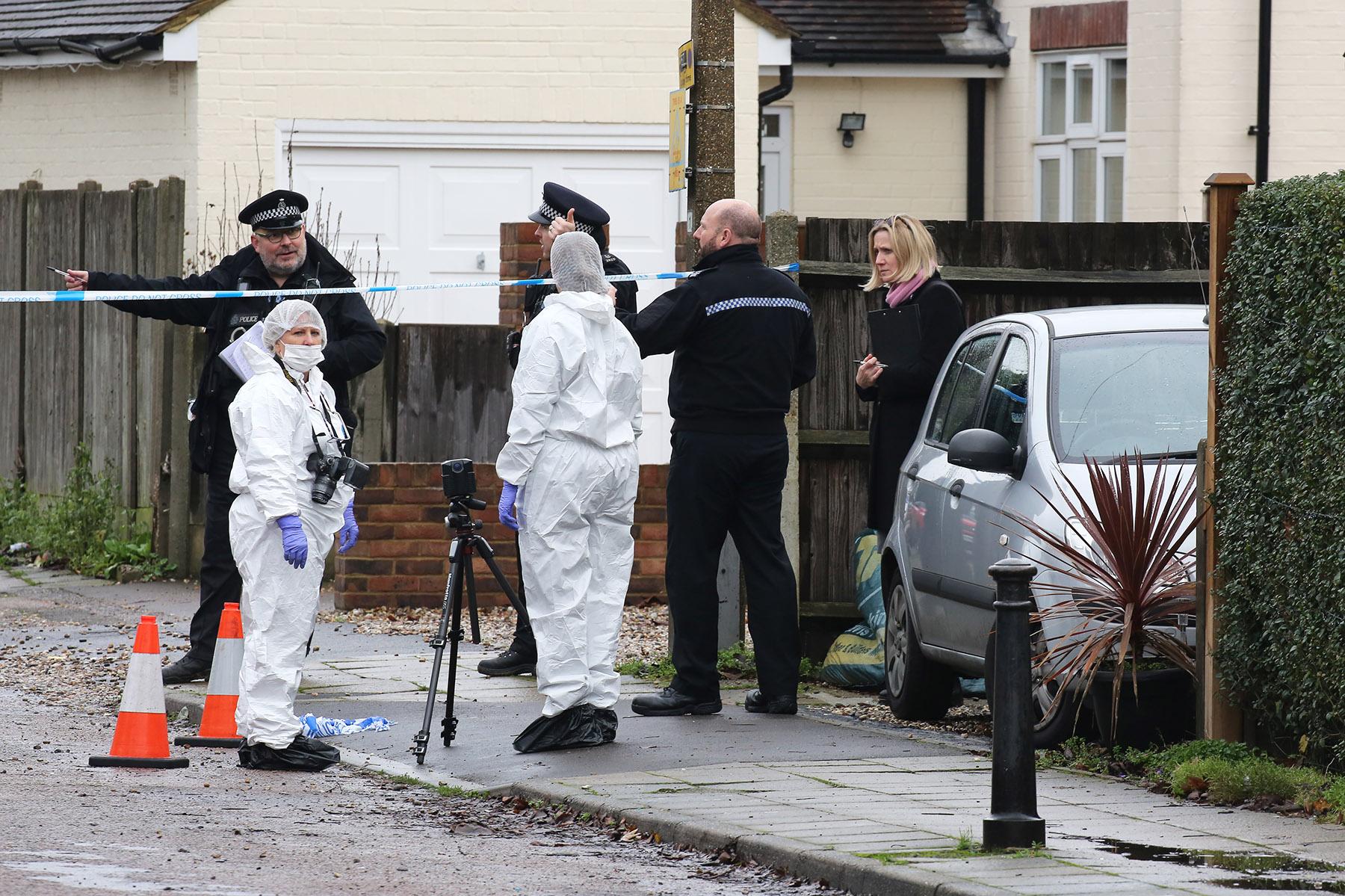 "The man has been taken to hospital where he remains in a critical condition. Ogard Road and parts of Castle Road have been closed whilst police investigate the incident."

Detective Chief Inspector Jerome Kent said: "We believe a group of people quickly left the area following the incident and may have used a vehicle to drive away.

"As part of our investigation, we would like to speak with anyone who was in the following areas between 9.15pm and 9.30pm – Ogard Road, Castle Road, Old Highway Recreation Ground, Lee Road and Cuthberts Road.

"Did you see what happened or a group of people in the area arournd this time or a vehicle being driven in an unusual or suspicious way before or after the incident.

"Even if you did not see or hear anything we would still like to speak with you in order that we are able to gain an understanding of who was in the area and whether, unknowingly or not, they witnesses something that could prove helpful to our investigation".

Anyone who has information should contact the BCH Major Crime Unit via the non-emergency number 101, quoting crime reference ISR 827 of December 4 or Crimestoppers anonymously on 0800 555 111.