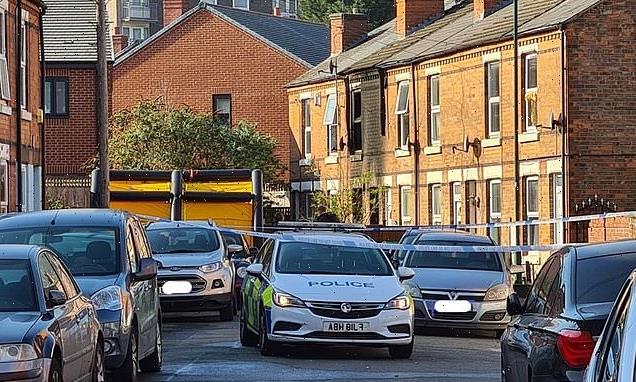 A man and a woman died in a house fire which broke out in the early hours of this morning.

The unidentified victims were pronounced dead at the scene on Whitter Road, Sneinton in Nottingham.

Police and fire crews remain at the home as identification of the bodies and the cause of the fire continue.

Fire crews from five different neighbourhoods attended the blaze, which caused ‘severe damage’ to the property and forced an evacuation.

But they were unable to save the man and woman stuck in the property as the fire tore through the house between 12.45am and 2.30am today.

Nearby homes were evacuated, the Nottinghamshire Fire and Rescue Service confirmed.

In a statement they said: ‘Sadly a man and a woman were pronounced dead at the scene.

‘The formal identification process is yet to take place and inquiries are ongoing.

‘A joint fire and police investigation is taking place to establish the cause of the fire.’

Neighbour Lisa Thomas said the emergency services were busy fighting the fire and its aftermath till 4am. 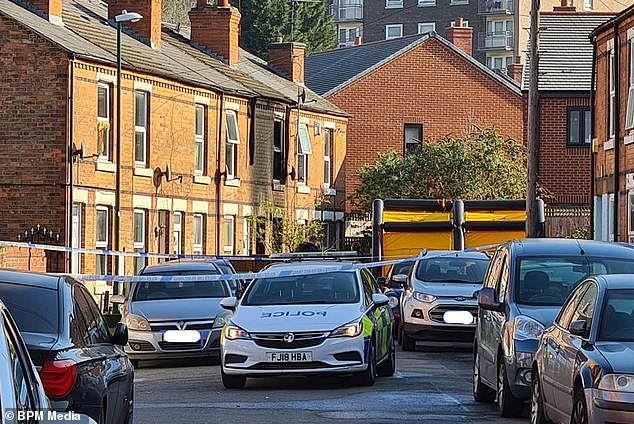 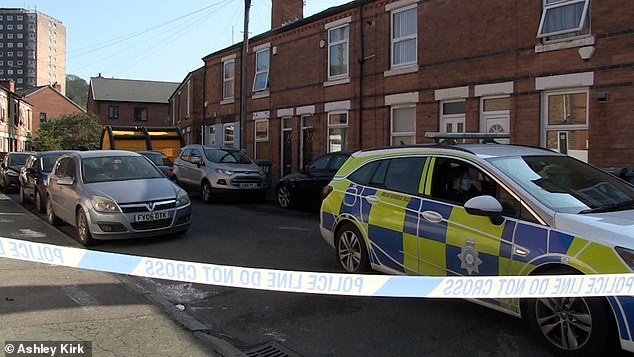 One neighbour said they were awoken by sirens, with other residents evacuated from homes 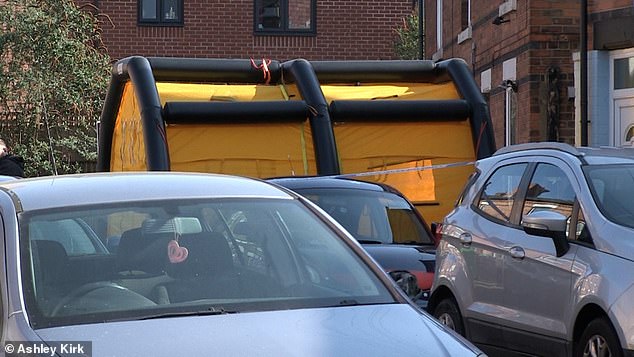 She told Nottingham Live: ‘It is frightening and really upsetting.

‘I heard a lot of commotion and looked out my door and the house was engulfed in flames.

The fire service first shared news of the blaze via a tweet at 2.23am today.

They wrote: ‘We are at the scene of a fire in Whittier Road, Sneinton. The fire was reported to us at 00.43am this morning and fire engines from five stations are in attendance.

‘These are from London Road, Carlton, West Bridgford, Arnold and Stapleford. Firefighters are currently tackling the fire and a small number of nearby properties have been evacuated.’ 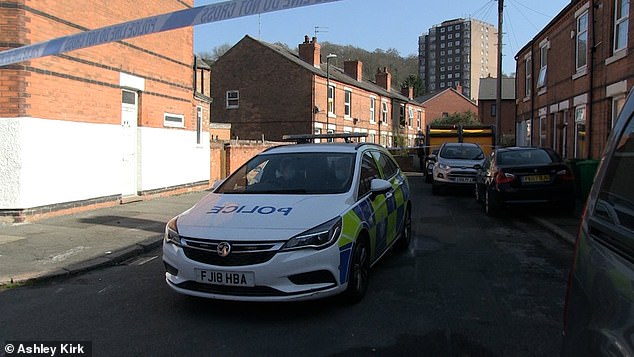 Crews from nearby London Road, Carlton, Bridgford, Arnold and Stapleford attended the blaze 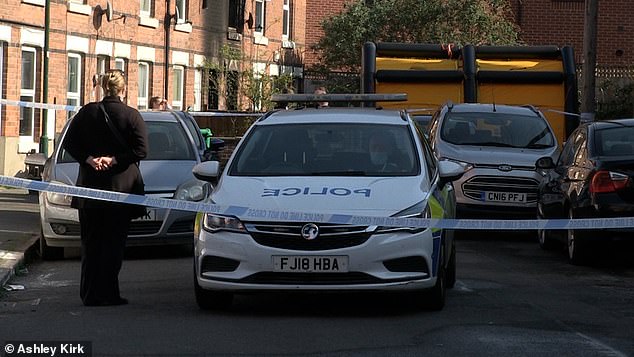 It’s not yet clear how the fire started or who the victims are, Nottingham’s fire service said

They followed up with a further tweet 15 minutes later confirming the fire was extinguished.

‘02.35am – the fire is now out. The property has been severely damaged’, they added.

‘Firefighters remain at the scene damping down. A fire investigation will take place later in the morning.’

The news came just before another fire broke out in a tower block in Stoke this morning.

An air ambulance and eight fire engines were spotted fighting back the blaze in Hanley after 7am.