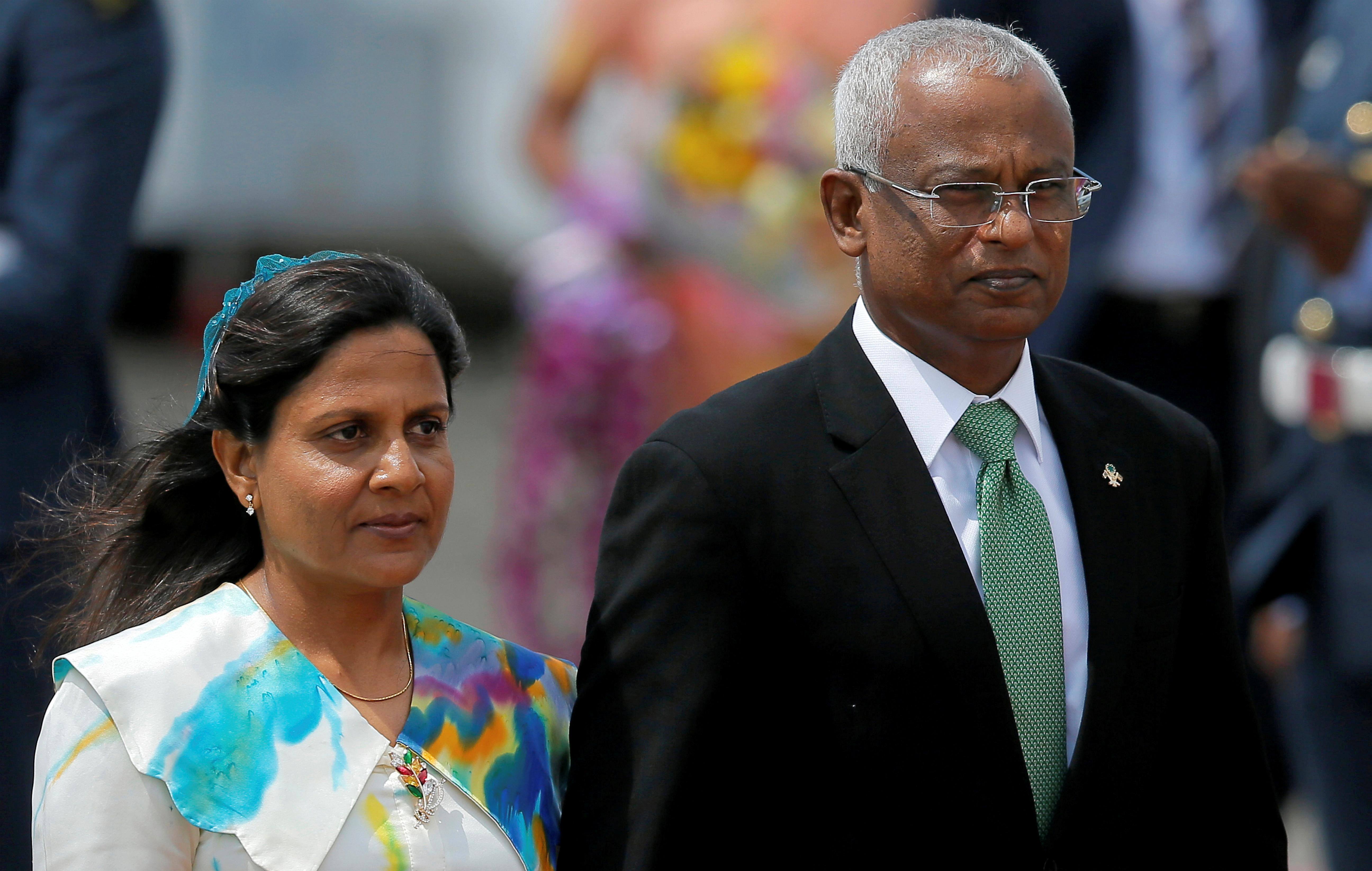 The investigation relates to a deal to lease tropical islands for hotel development, that has already implicated a former president and several other leading politicians and businessmen.

Youth Minister Ahmed Mahloof and State Minister for Infrastructure Akram Kamaludeen both allegedly accepted money from SOF Private Limited, a company allegedly used to siphon cash from the islands’ tourism board, according to a nearly 800-page-long report released by the Maldives Anti-Corruption Commission late on Thursday.

“We will do everything that this government has to (fight) against corruption,” Solih said at a launch for the ruling party’s election campaign late on Thursday. “We are ready to do whatever it takes.”

The tropical islands are due to hold a parliamentary election on April 6, with corruption likely to dominate campaigning.

Solih’s Maldivian Democratic Party currently lacks a parliamentary majority, and a good showing is vital to his plan to investigate a huge series of deals with China that his party claims were awarded at inflated prices, potentially wrecking the economy.

The ACC probe has already accused former president Abdulla Yameen of accepting an alleged payment of $1 million of government money.

Yameen has been charged by the country’s prosecutor over the transactions and faces a preliminary court on Sunday. He denies wrongdoing.