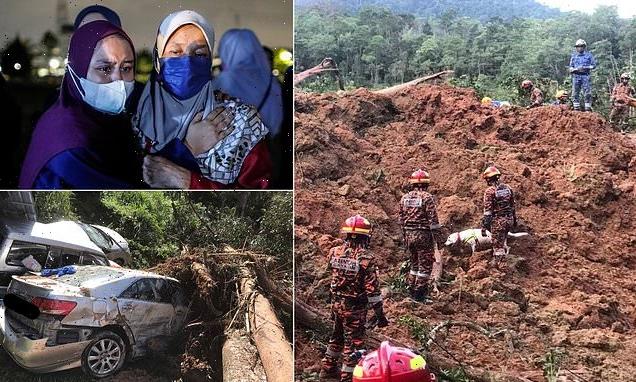 Malaysia campground landslide kills 24: Bodies of women and two children are pulled from mud and debris by rescuers, with nine still missing

Rescue workers scoured muddy terrain for survivors and bodies on Saturday as the death toll from a landslide at an unauthorised campsite in Malaysia rose to 24, with rescue workers pulling women and two children out of the mud.

Nine people were still missing after a predawn landslide hit the site located at an organic farm near the town of Batang Kali just outside the capital Kuala Lumpur on Friday.

Selangor state fire and rescue director Norazam Khamis said the chances of finding survivors in the mud and debris a day after the disaster were ‘slim’.

Officials said there had been more than 90 people, most of them asleep, at the campsite near a mountain casino resort when the landslide struck. 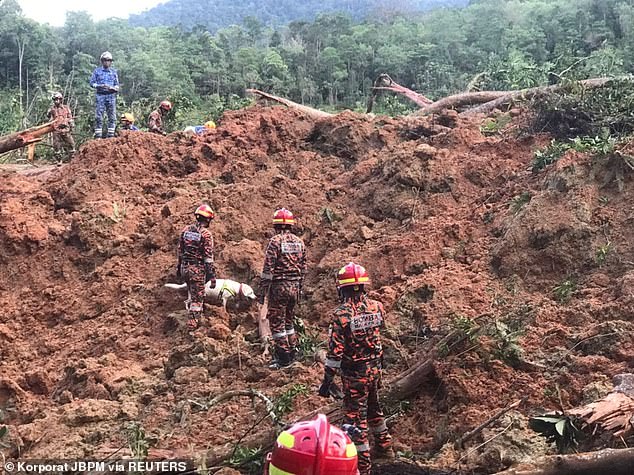 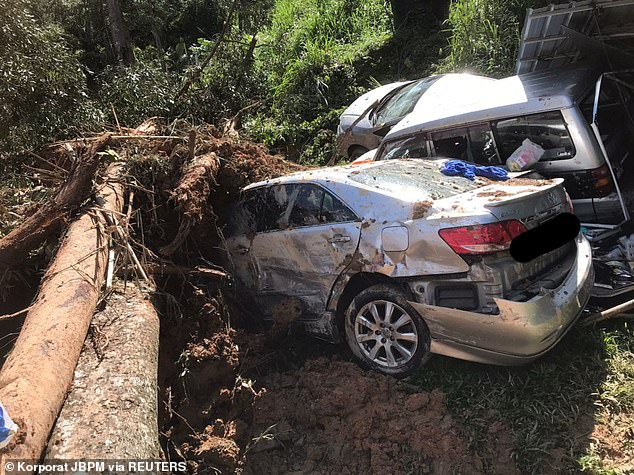 Damaged cars are seen amongst the debris during a rescue and evacuation operation following a landslide at a campsite in Batang Kali, Selangor state

Authorities said 61 people had been found safe or rescued.

Two of the victims were ‘believed to be a mother and her child in a state of embrace buried under the earth’, Norazam told reporters on Friday.

The farm did not have a licence to run a campsite and its operators would be punished if they were found to have broken the law, authorities said.

Prime Minister Anwar Ibrahim visited the area late Friday and said financial aid would be given to the families of those killed or injured in the disaster.

Selangor state chief minister Amirudin Shari tweeted that all picnic and camping sites in the state would be closed for a week.

Landslides are common in Malaysia after heavy rains, which are regular at the end of the year. 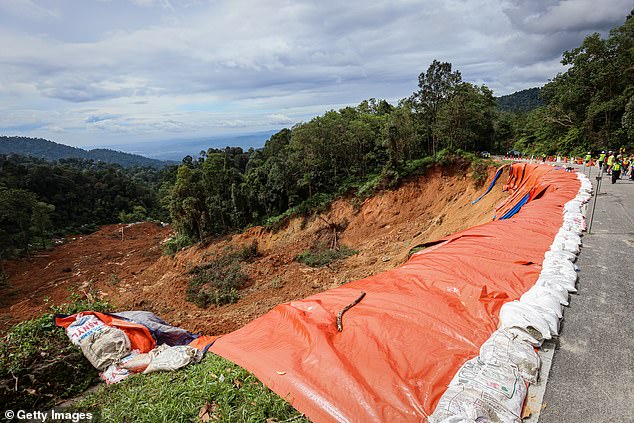 The search for the remaining missing landslide victims resumes, as it enters the second day following a landslide at the holiday campsite 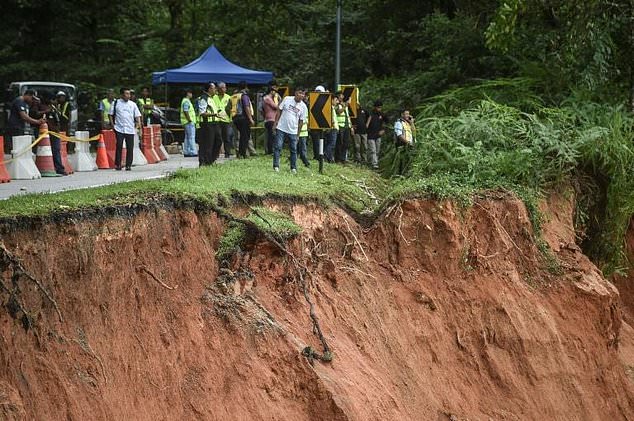 However, no heavy rains were recorded in the area on the night of the disaster.

Nor Shahidah Mohd Nazer, a geology expert from the National University of Malaysia, described the landslide as ‘unprecedented’ under the circumstances — involving a gentler slope and not following typical heavy rain.

She said the slope could have been partly affected by monsoon rain from days or even weeks ago.

‘Since the soil mass was initially wet and saturated, it behaved as a semi-liquid,’ she told AFP.

In March, four people were killed after a massive landslide triggered by heavy rains buried their homes in a Kuala Lumpur suburb, while another landslide saw cars sliding into storm drains after a road collapsed in January.

In one of the deadliest such incidents, a huge mudslide in 1993 brought on by heavy rain caused a 12-storey residential building outside the capital to collapse, killing 48 people. 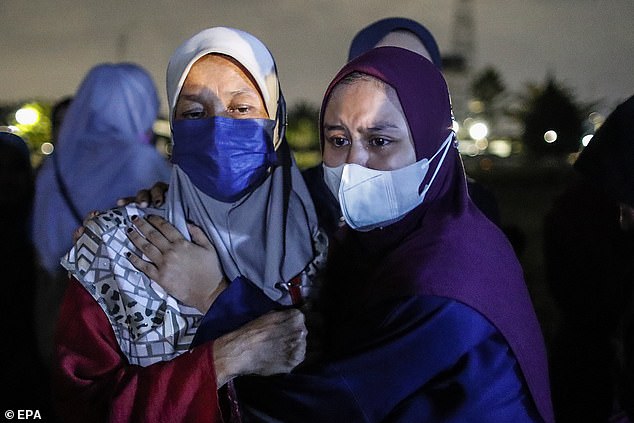 Siti Esah Binti Hassan (left) mother of 31-year-old Nurul Azwani Kamarulzaman, one of the victims killed by the landslide, is comforted by family members during the funeral procession outside Kuala Lumpur 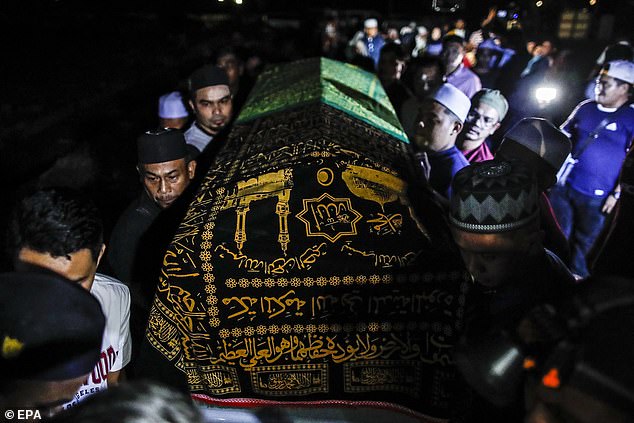 Family members carry the coffin of 31-year-old Nurul Azwani Kamarulzaman, one of the victims killed by the landslide