The Daily Mail’s HRT campaign has secured a major victory after pharmacists were given the go-ahead to prescribe alternatives to out-of-stock treatment.

Until now, women have been forced to traipse back to their GP if pharmacies run out of their medication.

This has led to widespread stress and worry, as tens of thousands have been affected by shortages of popular products, particularly Oestrogel. 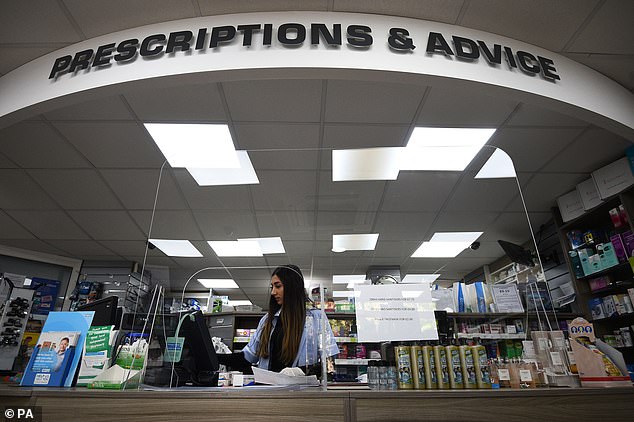 The Mail’s campaign to Fix the HRT Crisis called for pharmacists to be given powers to dispense substitutes if prescribed HRT is out of stock. Other manifesto demands included tackling the postcode lottery of available treatments. Following the demand for action, last night saw the Government issue a Serious Shortage Protocol (SSP), allowing pharmacists the flexibility to offer women substitutes for in-demand treatment. Those who are unable to get a hold of Oestrogel, Ovestin cream, Lenzetto transdermal spray and Sandrena gel sachets will be immediately offered a substitute, reducing unnecessary delays.

Now we’ll be empowered despite crisis

By Sophie Huskisson for the Daily Mail

A mother of two told of her relief over the move allowing pharmacists to prescribe alternative HRT medication at the counter.

Clare Green, 45, said the reforms will give her ‘flexibility’ in the wake of the ongoing shortages, which she said have been ‘triggering everyone’s anxiety’.

Mrs Green, who has had a hysterectomy, paid for private healthcare during a lengthy struggle to secure the right HRT medication and dosage.

She said she would ‘struggle to find a suitable alternative’, adding: ‘We don’t run out of antidepressants, do we? Why are hormones any different?’

She added: ‘The worry of suddenly losing my HRT after ten years of fighting has been on my mind. [Yesterday’s announcement] will definitely help if I get stuck trying to get my HRT as it will give me that opportunity to discuss it with a pharmacist.’

Mrs Green, from Stockport, said of the previous rules: ‘To get hold of a GP can take a week to get the appointment… so if there’s an option to get it from the pharmacist that will empower you.’

NHS England guidance also makes clear prescribers will not be limited by formularies – or lists – of approved HRT products, nor will they be prevented from handing out a wider range of treatments.

Meanwhile, the Medicines and Healthcare products Regulatory Agency (MHRA) has confirmed that pharmacies have the flexibility to share medicines where appropriate, to help tackle shortages. Campaigners described the news as a ‘game-changer’ – but warned more needs to be done to ensure future HRT chaos is averted.

The Government’s HRT tsar, Madelaine McTernan, last night told the Mail: ‘I have discussed a range of actions with suppliers who are working very hard to increase stock into the UK.

‘After very constructive discussions we have also given pharmacists flexibility to substitute certain products if the prescribed product is not available.

‘This is an extra measure to help ensure access to appropriate products – and for anyone who has questions or concerns, I urge you to speak to your GP or pharmacist.’ Katie Taylor, from online menopause support group The Latte Lounge, said: ‘Although this is welcome news, it is still only a sticking plaster to help deal with the immediate issue of supply shortages.

‘What we really want is for future planning of supplies to take into account the fact that, with so many of us campaigning for better education and awareness, supply will comfortably meet demand and we will never find ourselves in this position again.’

Jane Pangbourne, founder of the HRT Truth Collective, said: ‘This is a game-changer for women, doctors and pharmacists. The time and stress for women in going back and forth to the doctor to try to access an available HRT will be removed, pharmacists will be able to help their customers more effectively and GP and NHS time will be more sensibly allocated.’

Yesterday’s SPP is the second issued by the Government in response to the crisis. Last month ministers announced they were rationing some HRT products to a three-month supply in a bid to combat shortages. Health Secretary Sajid Javid said the Government is taking ‘decisive action’ to ensure women ‘are able to access the medication they need’.

There has been a big increase in women seeking HRT, with an estimated 538,000 prescriptions issued in December, compared with 238,000 in January 2017. Prescriptions for Oestrogel, which is used by around 30,000 in the UK, have risen dramatically.

Labour MP Carolyn Harris, co-chairman of the UK menopause taskforce, said: ‘I’m very pleased the Government has taken a common-sense approach… but this can only be the start of the journey.’