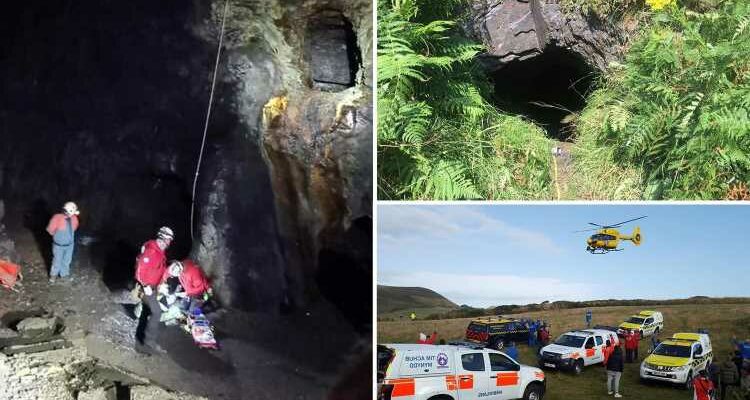 A MAJOR rescue operation was launched after two men fell down a disused mine shaft, leaving one seriously injured.

Two helicopters joined rescue crews hunting for the trapped pair who dropped into the shaft in Porth Ysgo, on the Llyn Peninsula, Wales. 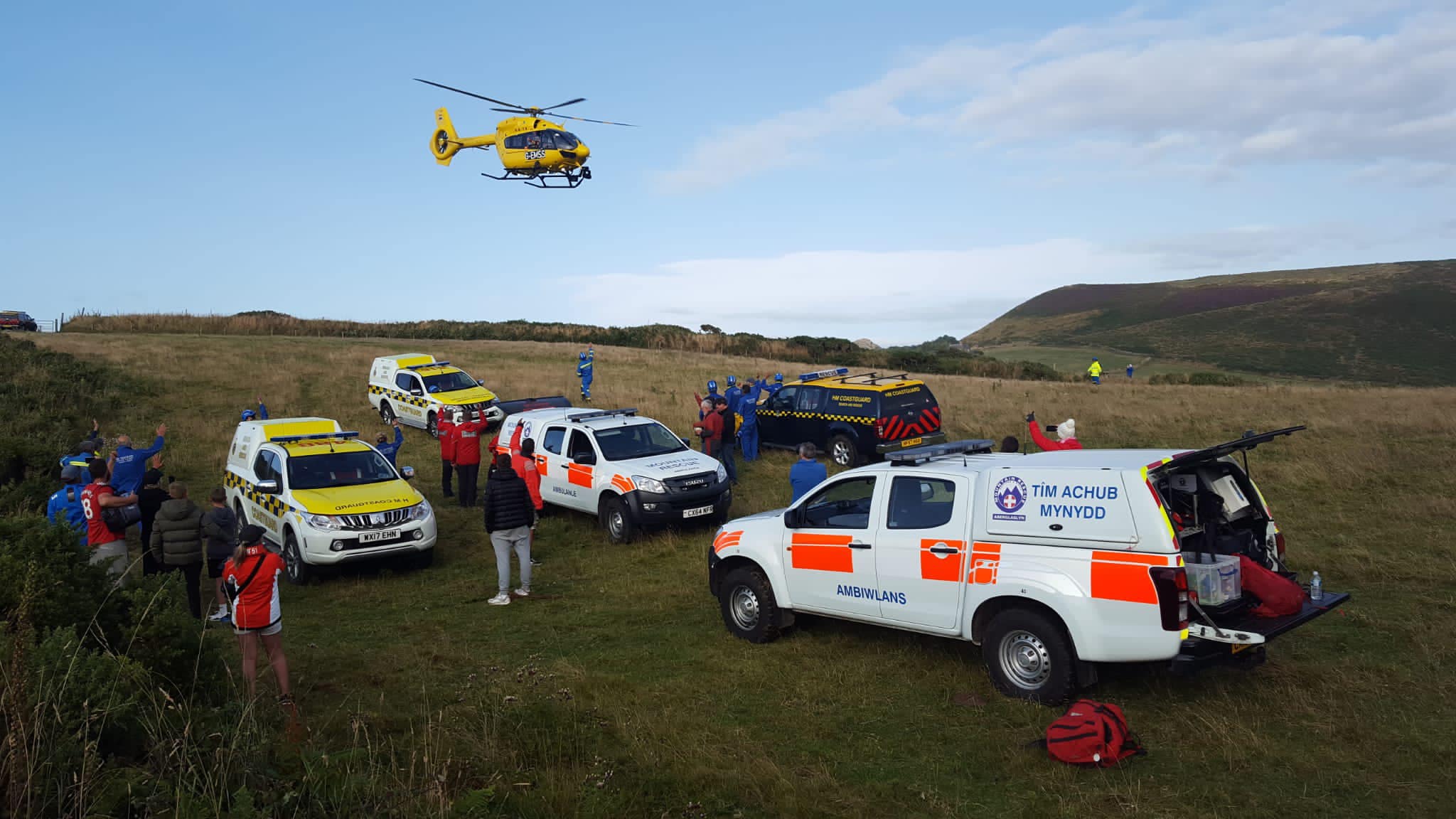 Cave rescue experts were flown in on Sunday afternoon to help evacuate them.

One suffered serious injuries in the fall and was airlifted to hospital after they were rescued.

A spokesman for Aberglaslyn Mountain Rescue Team said: "We were alerted at the request of the Maritime and Coastguard Agency to assist at the scene of an incident in Porth Ysgo, on the Llyn Peninsula.

"Two casualties were reported to have fallen down a disused mine shaft and had become trapped.

"One casualty was reported to have sustained serious injuries."

Photos from the scene showed the Wales Air Ambulance and coastguard helicopter and rescue crews at the scene of the fall.

An image that was also released showed the entrance to the mine shaft and specialist rescuers working below ground.

The mountain rescue spokesman added: "We deployed two team vehicles to the scene to support the rescue effort, and additional members and cave rescue experts were picked up by [the coastguard helicopter] from our base and flown direct to the scene.

"In a joint multi-agency rescue effort, both casualties were evacuated from the shaft with the injured casualty being conveyed to Ysbyty Gwynedd (hospital) by the air ambulance.

"Our thoughts are with the casualty and we wish them a speedy recovery." 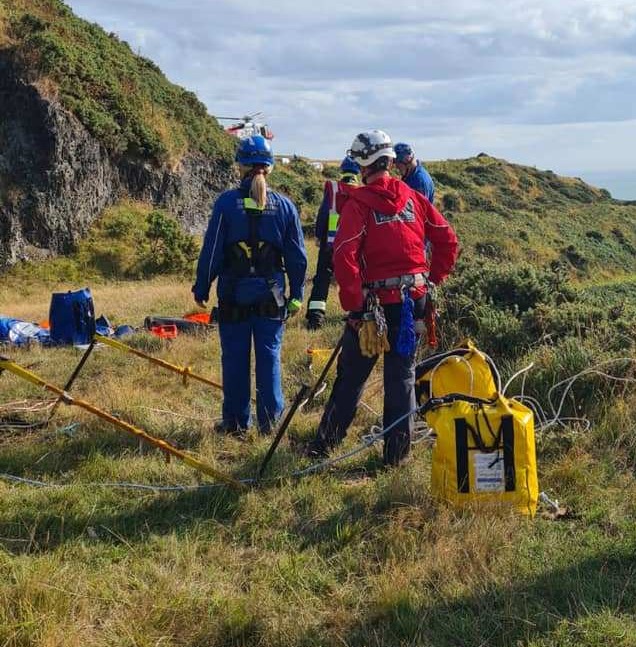 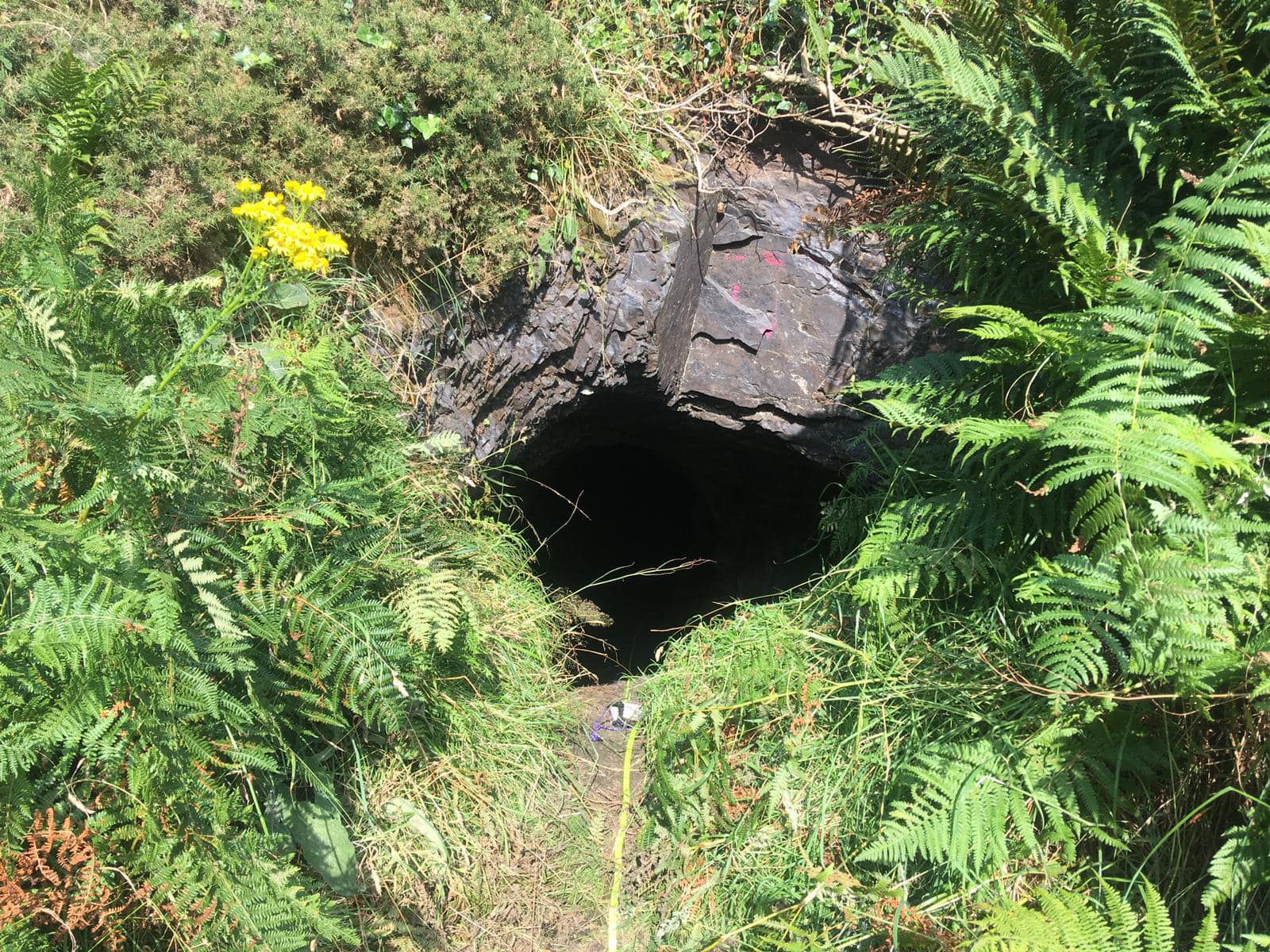 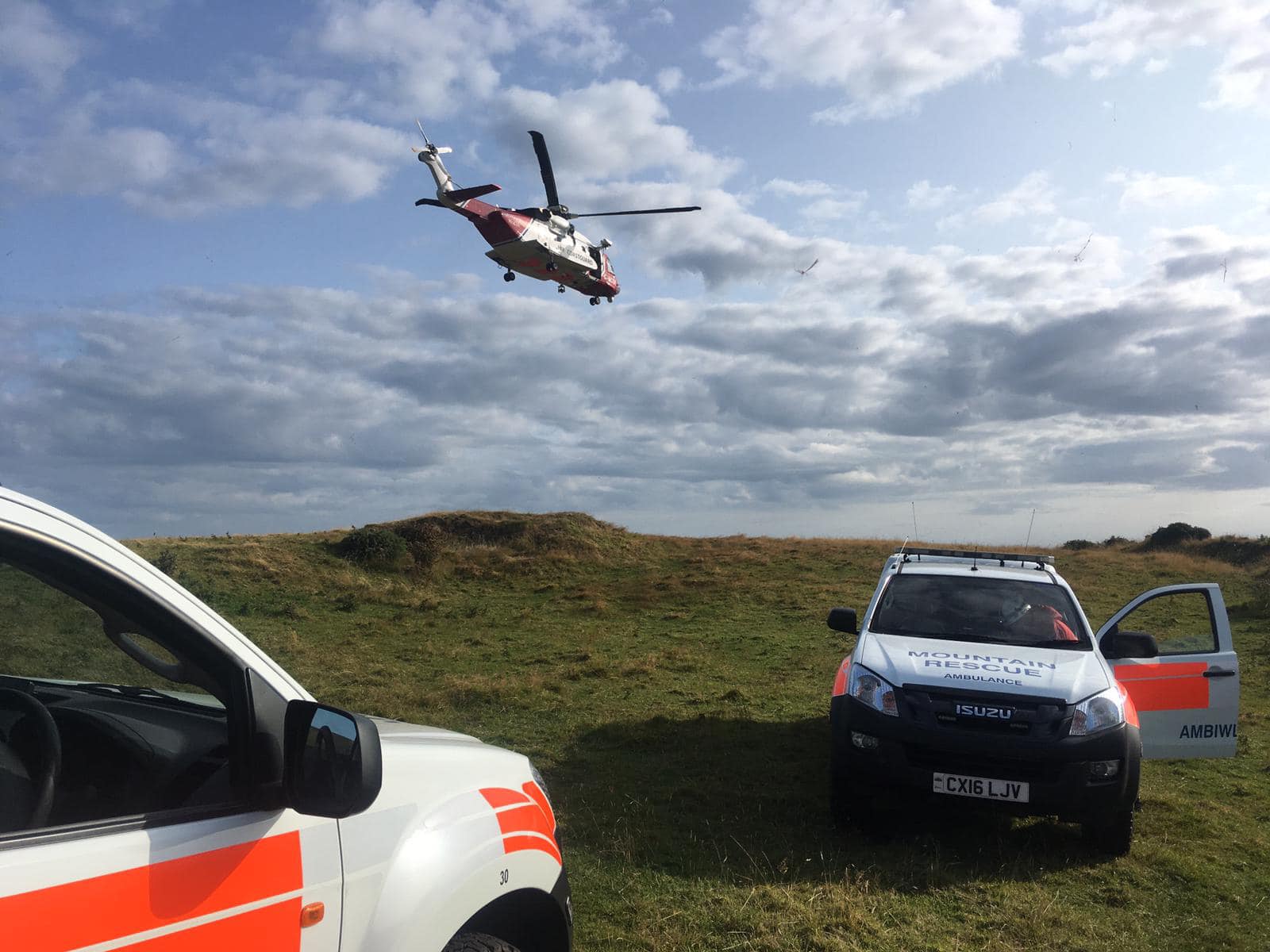