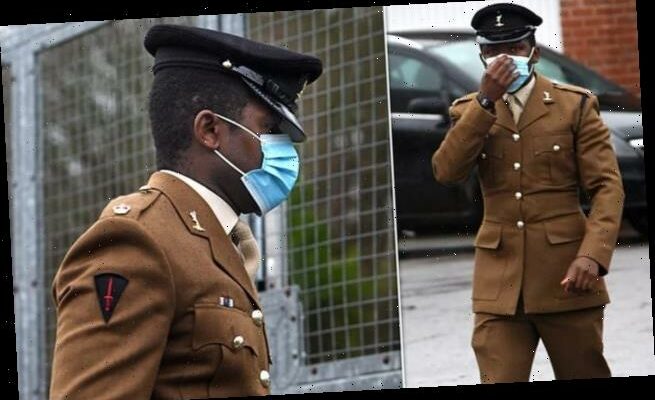 Major, 40, is dismissed from the Army for fraudulently pocketing £2,500 after claiming his estranged wife and children were living with him in Germany

A Major has today been dismissed from the Army for fraudulently pocketing £2,500 when he claimed his estranged wife and children were living with him in Germany.

Pristone Osabwa, 40, abused his allowances by keeping hold of a service family home despite never having lived there with his wife and three children.

The Major had falsely claimed his family were sharing the home with him while he served with the 20th Armoured Infantry Brigade in Germany.

Bulford Military Court heard Osabwa received a total of £2,527 in enhanced rates of overseas allowance and disturbance expenses between February and August 2019.

Osabwa, who had served for 11 years after moving to the UK from Kenya to join the Army, pleaded guilty to two charges of fraud on the day of his trial. 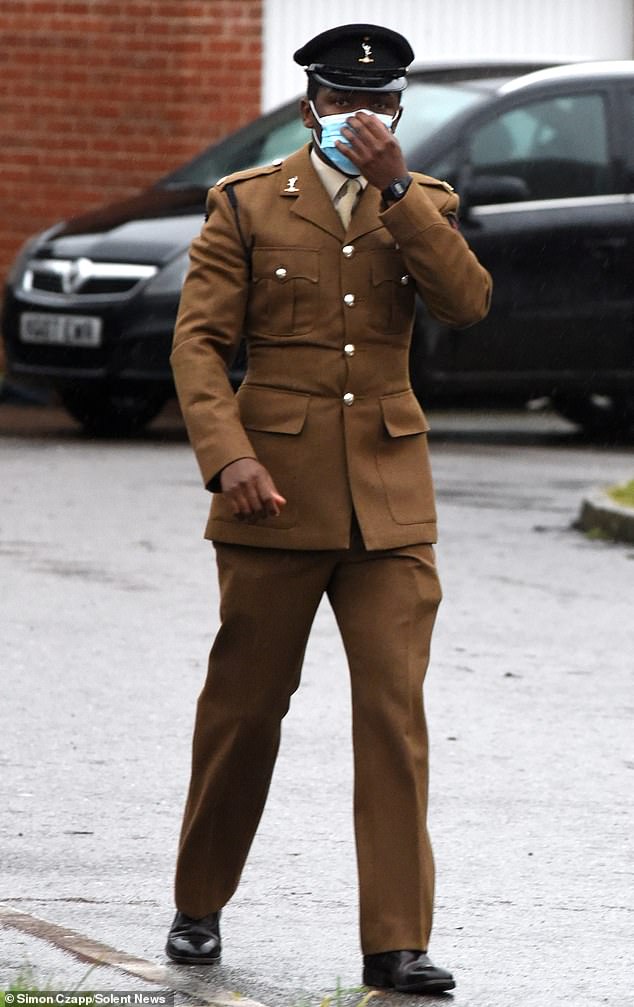 Pristone Osabwa (pictured outside court today), 40, abused his allowances by keeping hold of a service family home despite never having lived there with his wife and three children

Prosecutor Captain Sonny Lawson told the hearing Osabwa and his wife were already discussing divorce when he was posted to Germany in early 2019.

Regardless, he submitted an application for services family accommodation in February.

He said: ‘He may have reasonably believed his wife and children were going to join him in Germany in due course.

‘[But] he accepts now that by February 28, 2019 they were not residing with him in Germany at all.

‘By that date there was no prospect of them joining him. [But] he didn’t say anything, he didn’t correct the error.’

Osabwa was first arrested in June 2019 and told of the investigation, but continued to claim overseas allowance fraudulently. 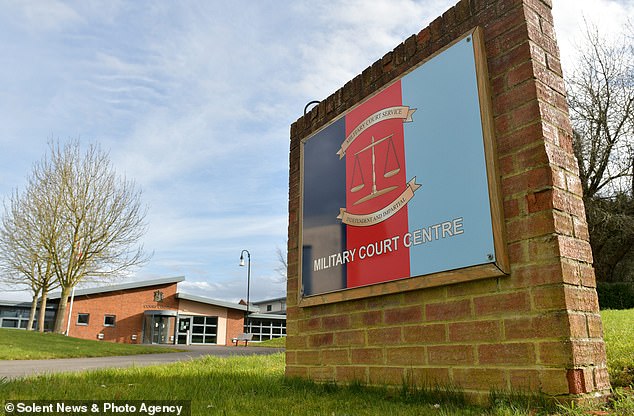 Bulford Military Court heard Osabwa, who served with the 20th Armoured Infantry Brigade, received a total of £2,527 in enhanced rates of overseas allowance and disturbance expenses

He then applied for enhanced disturbance allowance when he flew back to the UK in August.

Captain Lawson added that more than £1,500 of the total fraud was claimed after Osabwa knew he was being investigated.

‘The marriage didn’t end cleanly… it blew hot and cold. For Major Osabwa what that meant was there was always hope.

‘This is a case of the heart being allowed to rule the head. He truly thought his wife and children would be joining him… He should have known it wasn’t going to happen.’

Osabwa and his wife divorced in July 2020.

Mr Bolt said Osabwa could now be deported, adding: ‘He came to this country from Kenya to serve the crown. 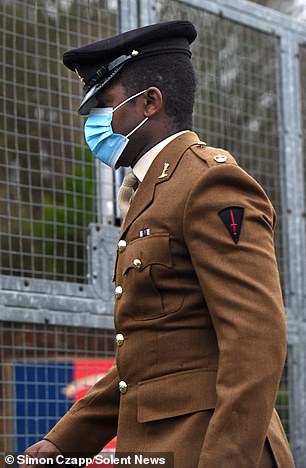 ‘He has no British nationality and right to remain in this country [save for his army service].

‘Dismissal for him means he will be homeless. It means contact with his children will become incredibly difficult.’

Dawn Grant, Maj Osabwa’s ex-wife, provided a statement that read: ‘Pristone is a wonderful devoted father to our children.

‘He may have demonstrated poor judgement… but I believe he was doing his best to cope with everything he was dealing with in his personal life.

‘His choices were based more on hope than reality.’

The judge said Osabwa was ‘a man of impeccable character’ but had to be dismissed due to his rank and the seriousness of his crimes.

He said: ‘You have had a distinguished career in the army. It’s a great sadness for us to see you here today.

‘We are in no doubt that your offending is so serious that you must be dismissed from Her Majesty’s Service.

‘Had you admitted it at the outset and pleaded guilty, perhaps things might be different.’