A 16-YEAR-OLD girl was 'murdered' before her body was found in woodland, police said today.

Louise Smith was found 14 days after she vanished from her home in Havant, Hampshire on May 8 after telling friends she was briefly popping out. 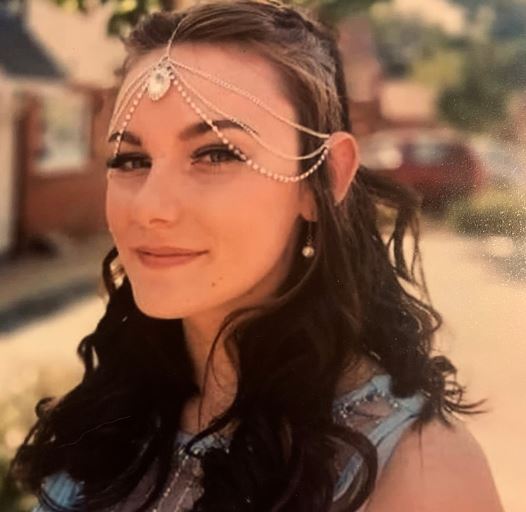 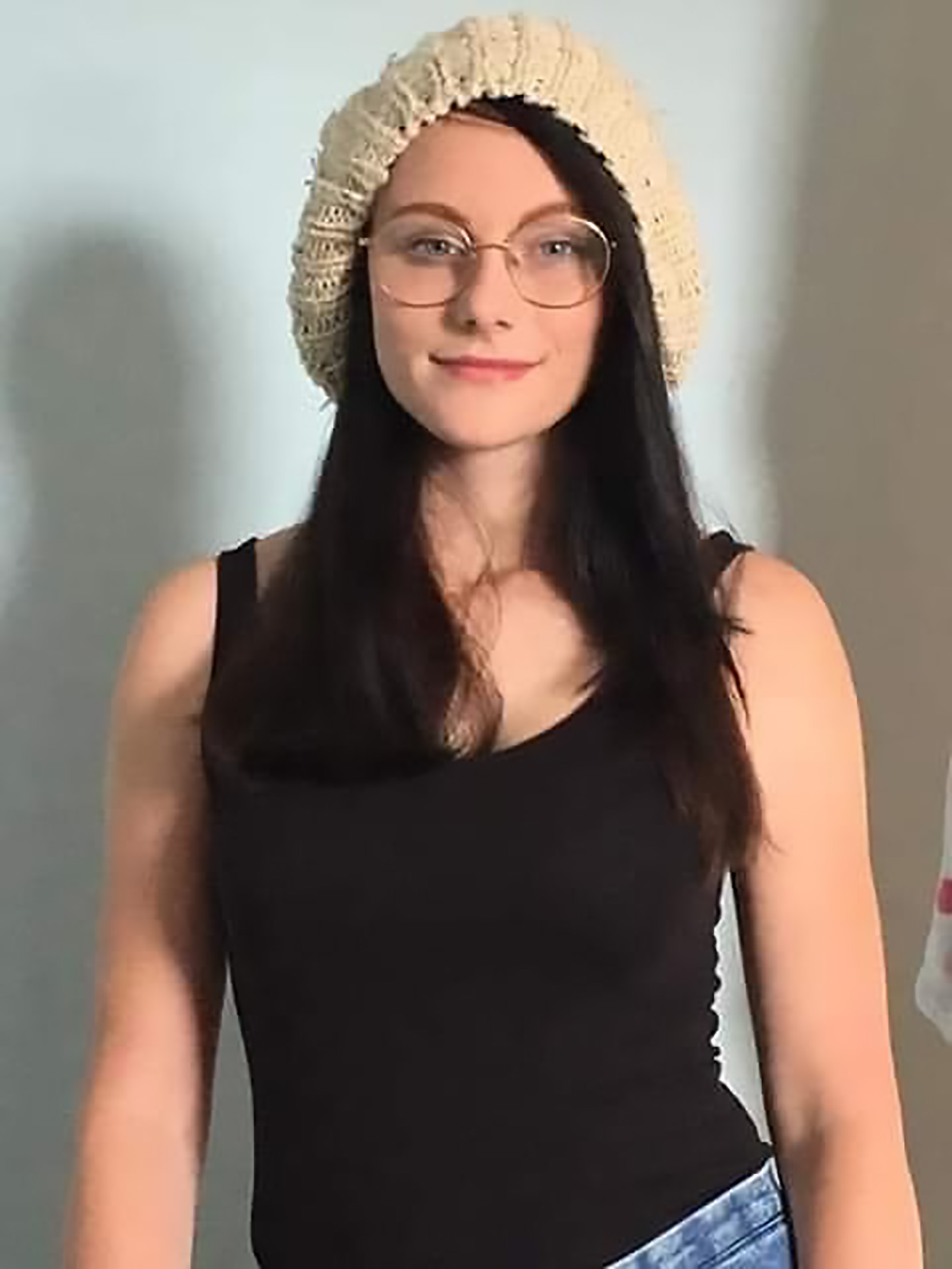 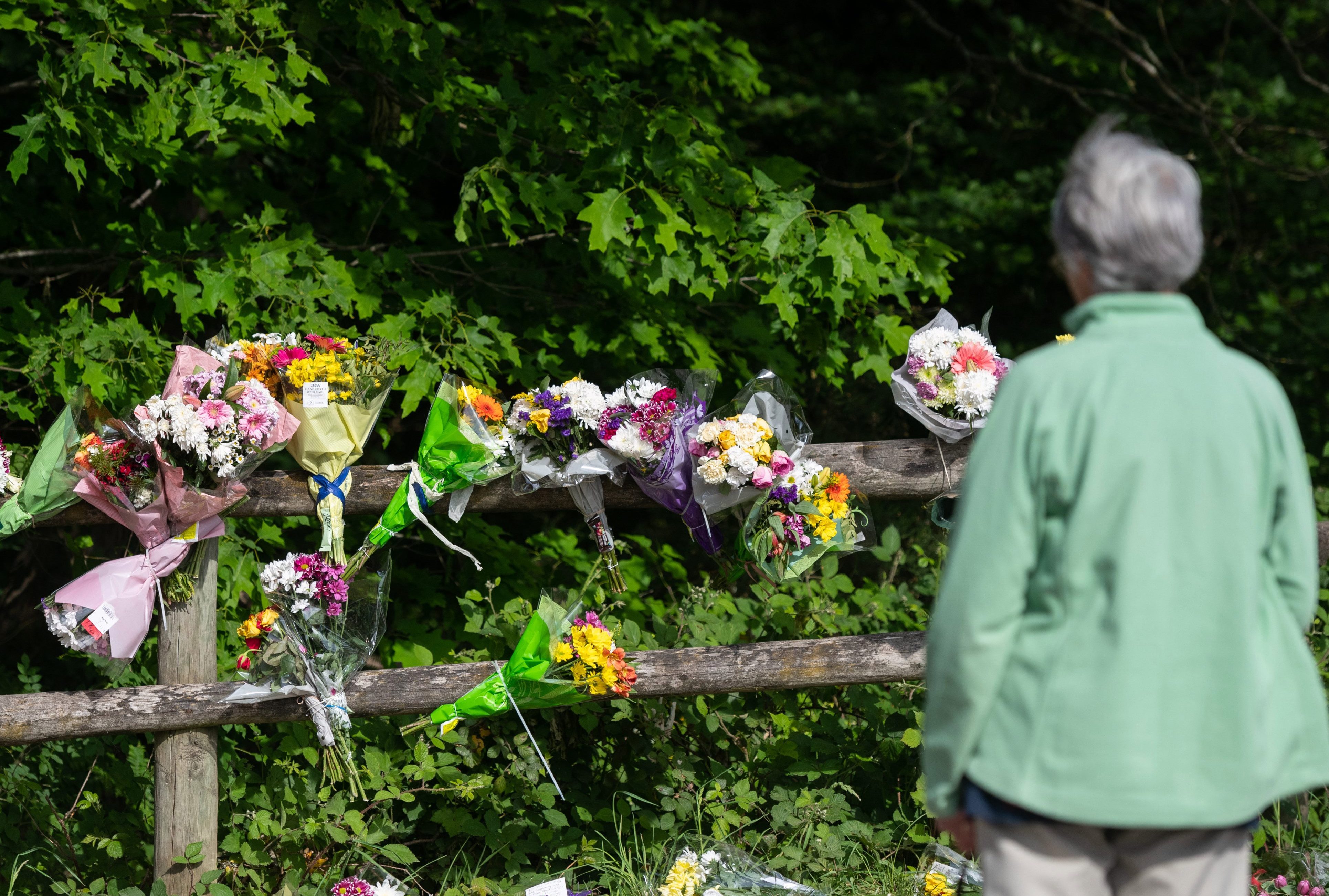 And Hampshire Constabulary today confirmed they were treating the teen's death as a homicide.

Louise's movements between VE Day when she disappeared and May 21 are unclear.

DCS MacKechnie did however reveal that Louise had been staying in apartment building Ringwood House, Havant, before her death.

Speaking today, he said: "This is now a murder investigation and we are really focused on identifying who is responsible for Louise's sad death.

"The nature of our investigation is trying to piece together the last moments of Louise's life unfortunately."

While a post-mortem has been carried out, police would not reveal the cause of Louise's death or when she died.

DCS MacKechnie added: "I've got a really determined and dedicated investigation team on this that really want to catch who is responsible for this."

Louise's mum Rebbecca Cooper is now grieving after it was confirmed the body found on Thursday was that of her daughter.

He said: "The mum is upset as you can imagine, distressed. She found out last night that it was her daughter so you can only imagine the grief she is going through." 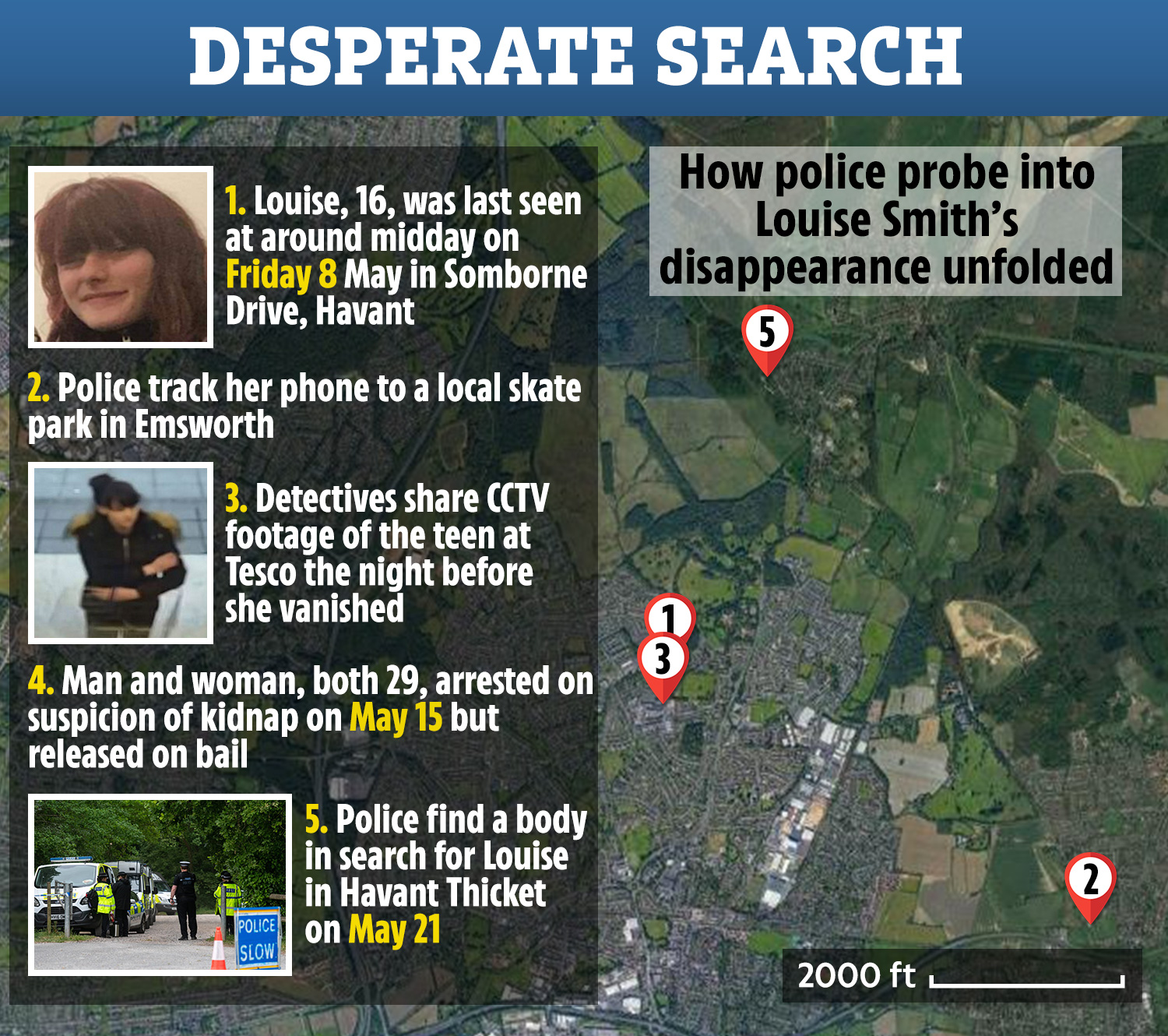 Last night Ms Cooper, paid tribute to her daughter by posting a photograph of them together with the caption "so proud of my girl Louise".

Today, upset members of Louise's community laid flowers at the entrance to the Thicket, with more than 50 bouquets by its gate.

Many notes read 'RIP' while one said: "Your life was only just beginning, rest in peace beautiful girl. Fly high Louise."

Another read: "God bless you darling, fly high with the angels."

Family friend Jackie Meredith today laid a bouquet and described Louise as 'girly' and urged police to get to the bottom of the investigation.

Mrs Meredith said: "She was a really lovely young girl and her family were lovely too.

"She was just your typical teenager, she was a bubbly and funny girl.

"You could chat to her easily, she was a charming young girl and was always friendly to people."

It comes as specialist forensic officers continue to search the home of Shane and Cjay Mays after Louise's body was found.

The pair, both 29, live minutes from the 16-year-old’s home in Havant, Hants. Their home was raided by police on Friday – a week after they were arrested and bailed on suspicion of kidnap.

A missing person poster featuring Louise's name and picture had been stuck in the window of the Mays' flat – but it appeared to have been covered up by police yesterday. 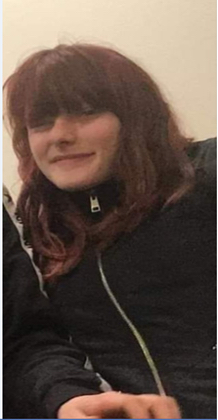 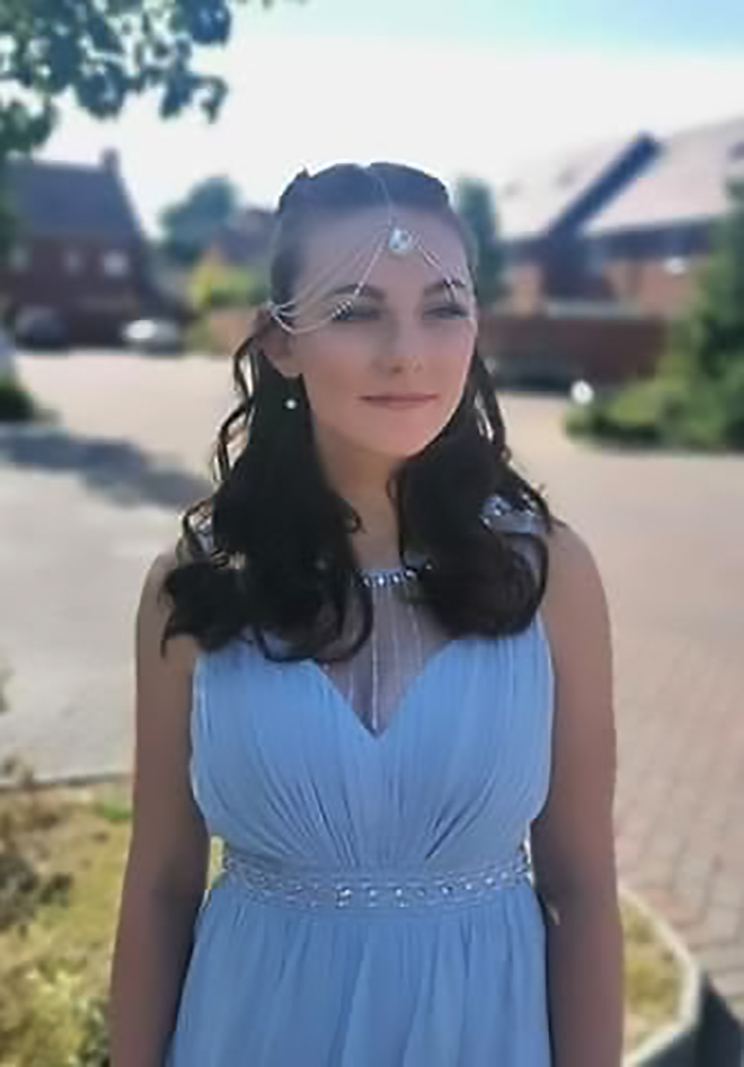 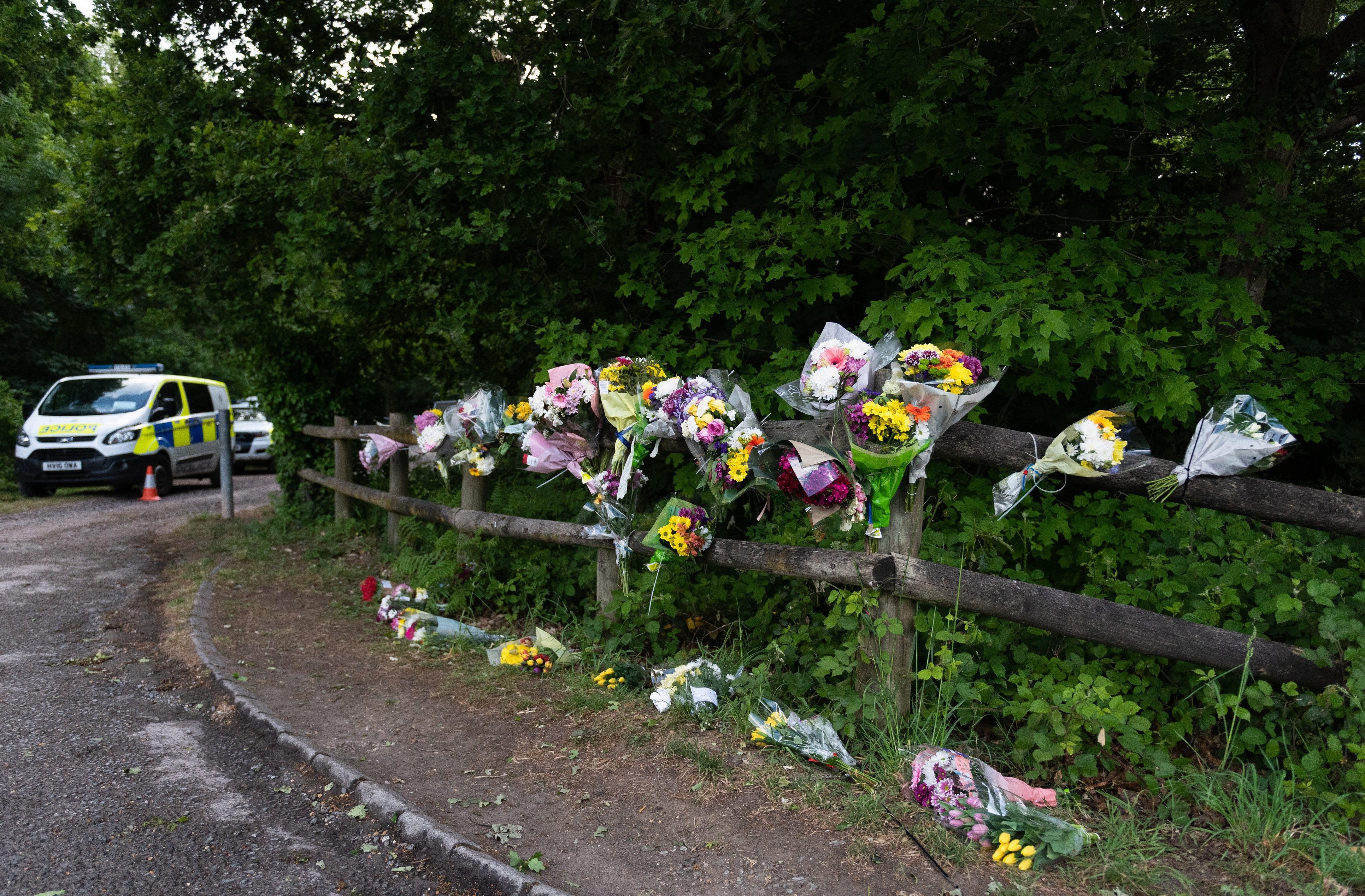 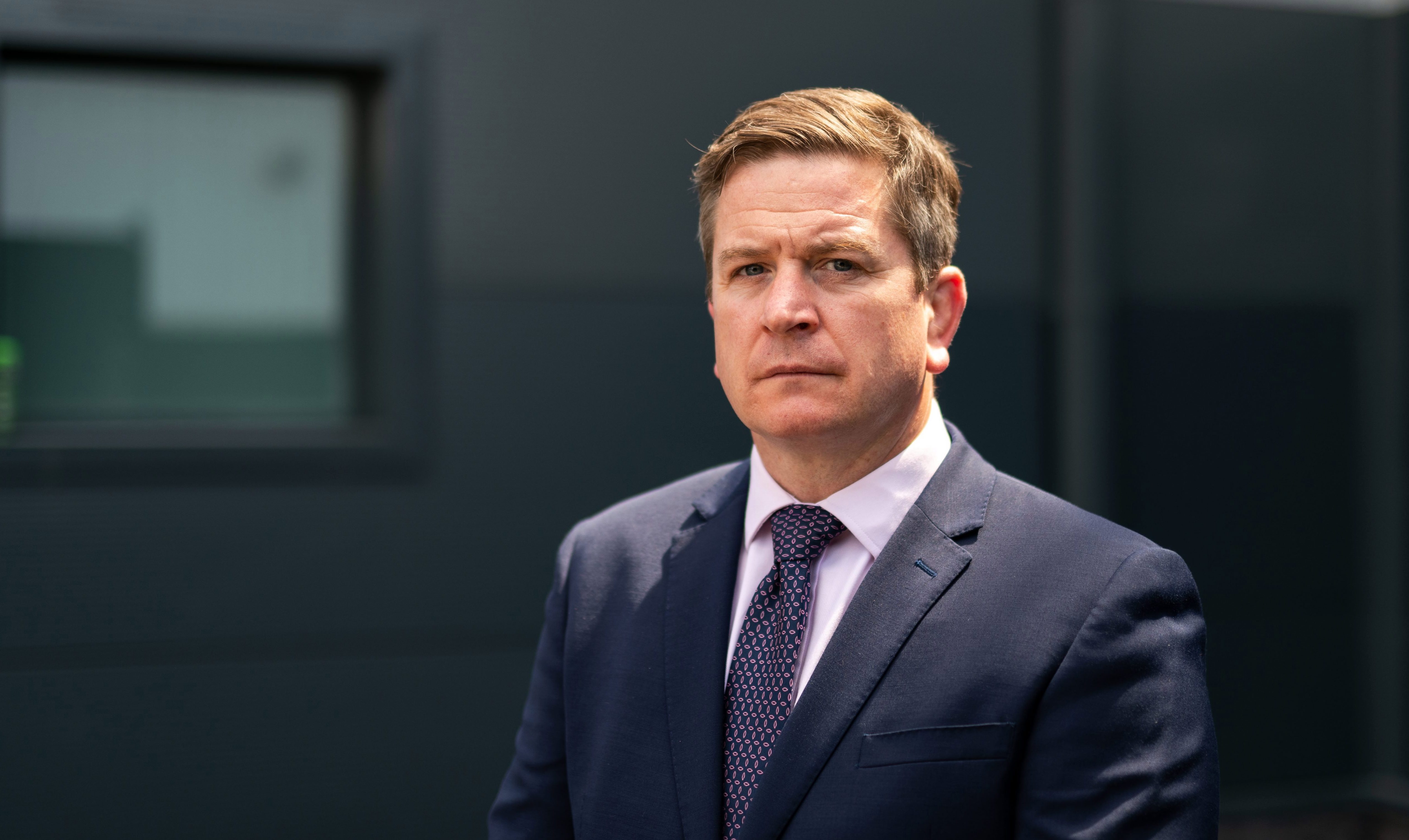 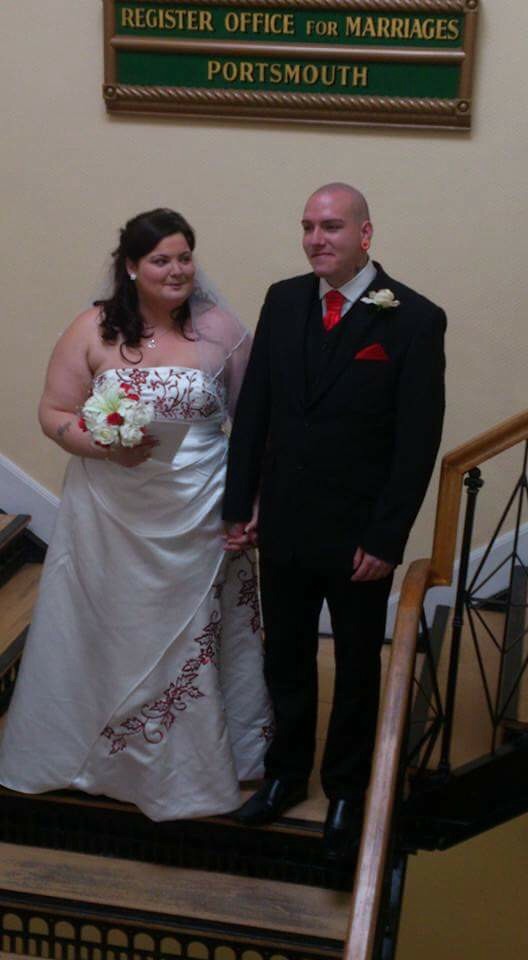