Bogus aristocrat ‘Lord Fraud’, 71, could be freed from prison as his wife fails to halt sale of their £1.3million mansion a decade after he was jailed for trying to pull off the world’s biggest bank raid

A bogus aristocrat dubbed the ‘Lord of Fraud’ could be freed from prison after his wife lost a bid to block the sale of their £1.2m Tudor mansion.

Hugh Rodley, who called himself a Lord, was jailed for seven years in 2012 for fleecing up to 600 pensioners in a boiler room fraud.

He was already serving an eight-year sentence for plotting to steal £229m from a Japanese bank in one of the biggest ever cyber crimes of its kind in 2009.

The now-71-year-old was then threatened with another seven years in prison if he didn’t repay his victims £1.2m of the stolen £6m by selling his house.

But his estranged wife Pamela had opposed the order, claiming that the deeds were made out in her name, potentially condemning Rodley to more time behind bars.

Judge Andrew Goymer has now ordered an enforcement receiver be appointed to help sell the mansion in Tewksbury, Gloucestershire. 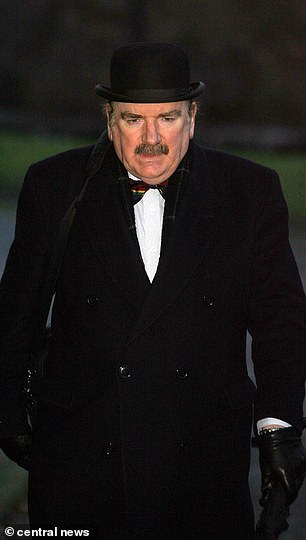 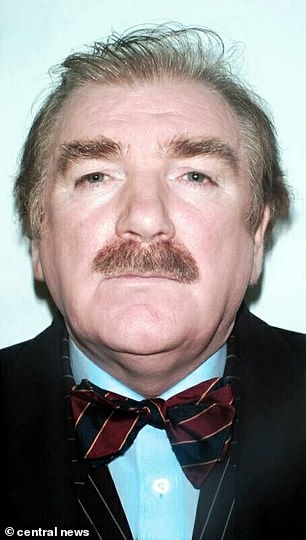 The judge said the couple, though now estranged, worked together during the previous hearings to avoid losing the home.

‘They were both quite clearly determined, whatever happened between them, that this property did not fall into the hands of The Crown.’

Prosecutor Jenny Carter-Manning said the manor was already under offer: ‘The property has been on the market for £1.3 million, it was reduced to £1.25 million and in the circumstances it seems the offer is £950,000. 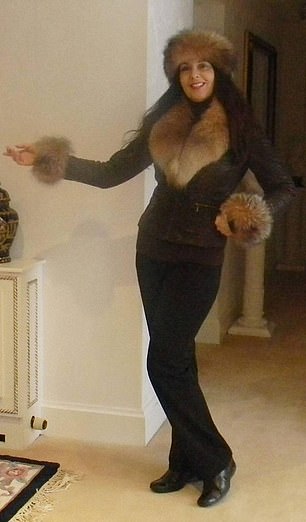 His wife Pamela had tried to block the sale

Judge Goymer, who retired last year but returned to Southwark Crown Court to hear the case, said: ‘Hugh Rodley was convicted after a trial before me in July 2012 for conspiracy to defraud. He was sentenced to seven years in prison.

‘I found that Mr Rodley had an equitable interest in relation to Tudor Manor, not withstanding that the legal title was in his wife’s name.

‘The position currently is that there have been various changes of estate agents marketing the property, the upshot of it is that currently a purchaser has been found. These negotiations have not resulted, as yet, in a sale.’

The judge said ‘Lady’ Pamela had objected to the order but that Andrew Bousfield, representing Hugh Rodley, had backed the application.

‘He has expressed that the assets should be released and if the outstanding amount of the confiscation order be paid, his client will be released.’

In the boiler room scam Rodley, along with Julian Silver, 49, Adam Corbett, 38, and Sonny Willis, 35, targeted the elderly and sold them worthless shares.

The gang drew up ‘sucker lists’ of people they planned to exploit and splashed their criminal fortune on flash cars, including an Aston Martin, Range Rover S3 and a Lotus Elise.

His wife tried to block the sale, claiming that the deeds were made out in her name

Rodley, Silver, Corbett and Willis were found guilty of running the scam between 2004 and 2007 after a trial at Southwark Crown Court.

The men employed high pressure sales techniques and promised ‘rich rewards’ to trick members of the public to invest in firms they claimed were to be floated on the stock market.

They said the cash would be invested in ‘exotic’ and ‘fail-safe’ projects such as land development Europe and Asia, but none of the firms were ever floated.

Investors were cherry-picked using so-called ‘sucker lists’, detailing people who had already invested in some shares.

Victims were told they would quickly make ‘handsome profits’ when the companies were floated on the Alternative Investment Market.

But most people had little or no contact with the fraudsters afterwards having signed a contract setting out the amount of shares they had agreed to.

At a proceeds of crime hearing, the judge found the former couple had ‘worked together’ and the house should be sold

Rodley – born Brian McGough in Ireland in 1947 – had claimed he was not part of any plot to con investors but was convicted by a jury.

The father-of-three, of Tudor Manor in Tewksbury, will be freed once the property is sold and the Crown can reclaim the outstanding money.

Speaking after Rodley failed to repay the £1,236,736 in 2016 Stephanie Jeavons, Deputy Director of the NCA’s Economic Crime Command, said: ‘Rodley is a career criminal who has funded his lavish lifestyle at the expense of others.

‘This default sentence shows the seriousness of his failure to pay – the confiscation order remains in place and we will continue to work with our partners in the City of London Police to recover his criminal profits.’

The house in Tewksbury, Gloucestershire, is expected to be sold for just under £1million