Man, 32, charged with animal abuse after controversial YouTube star Logan Paul recorded a video with a tiger cub that he was ‘keeping in his home illegally’

YouTube blogger Logan Paul is at the center another controversy after a man, whose California home he visited for one of his vlogs, was on Wednesday charged with animal abuse.

Nicholas Perkins, 32, can be identified in the video posted October 21, 2017, where he hosted the social media star at his home in Studio City and filmed a tiger cub. 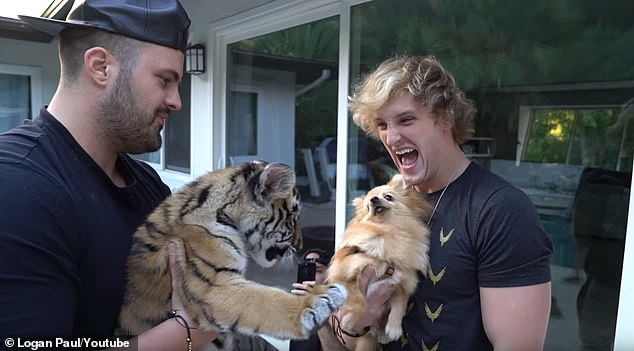 The man could face up to two-and-a-half years in prison for the four charges if convicted and $4,000 in fines for allegedly raising the baby animal in poor conditions at his home.

Perkins is suspected to have fed the animal kitten milk replacement formula from a child’s baby bottle and alerted the anonymous person who tipped off authorities when a picture of a model posing with the tiger was shared on Instagram.

The Los Angeles City Attorney’s Office took on the investigation after the Department of Fish and Wildlife was called to help and was able to pick up clues from social media posts to make the charges.

They took the animal in a November 9 raid and transferred it to a cat sanctuary to recover.

According to law enforcement Perkins didn’t live with the tiger or own it but was being charged in relation to mistreatment.

‘We were able to verify the location of the animal through social media posts including Mr. Paul’s YouTube video,’ explained Frank Mateljan, spokesman for the City Attorney’s Office. ‘The animal did not belong to him nor was it being kept in his home. The charges are related exclusively to the treatment and possession of the animal.’ 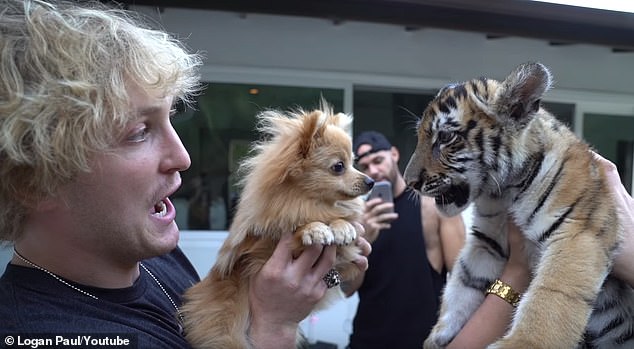 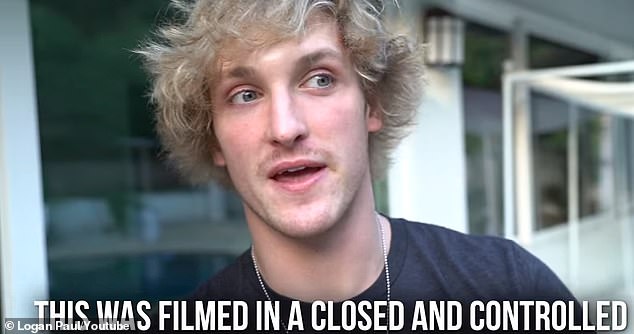 Logan jokes about the treatment of the animal in the footage but will not be charged for anything. It’s not clear if the male suspect appears in the video

It’s not clear if the man appears in the video.

In the Logan video clip viewed more than 8 million times, the 23-year-old vlogger introduces his Pomeranian dog the large cats and jokes how the bigger animal is scared of his canine.

He also makes light of being there to ‘supervise’ for the ‘animal advocates’ watching as a message flashes on screen that reads: ‘This was filmed in a closed and controlled environment with animal professional.’

But it seems there was at least one who didn’t find it funny. 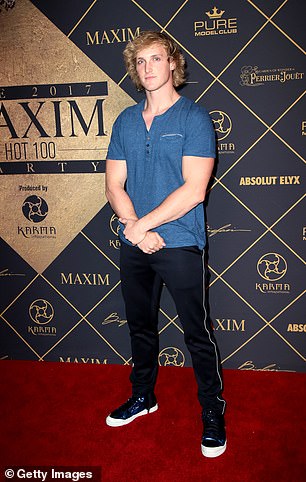 ‘Tigers and other exotic animals are not pets,’ City Attorney Mike Feuer said. ‘Keeping these potentially dangerous animals in a residential setting poses a serious safety risk for residents and animals alike.

‘My office will continue to work closely with our law enforcement partners to ensure these treasured creatures are safe and those who illegally keep them are held accountable.’

Logan’s video gets worse as the tiger later chases the small pooch around the yard and the group of men laugh about the interaction.

While Logan doesn’t face any legal trouble related to his participation, the resident will.

‘California has some of the strongest restricted species laws in the country. They’re designed to protect exotic animals from neglect and improper care and serve to protect the public from these animals, many of which can be dangerous,’ David Bess, Deputy Director and Chief of the Law Enforcement Division said.

‘Our Wildlife Trafficking Team, working with the City Attorney’s office, are sending a message that exotic species like tigers don’t belong as pets in people’s homes.’

Perkins’ arraignment is on Monday at the Los Angeles Superior Court.

It’s not the first time Logan has been mixed up in controversy. In January he was forced to apologize after viewers were appalled he showed the dead body of a man in the woods who was believed to have taken his own life in a video posted last December.