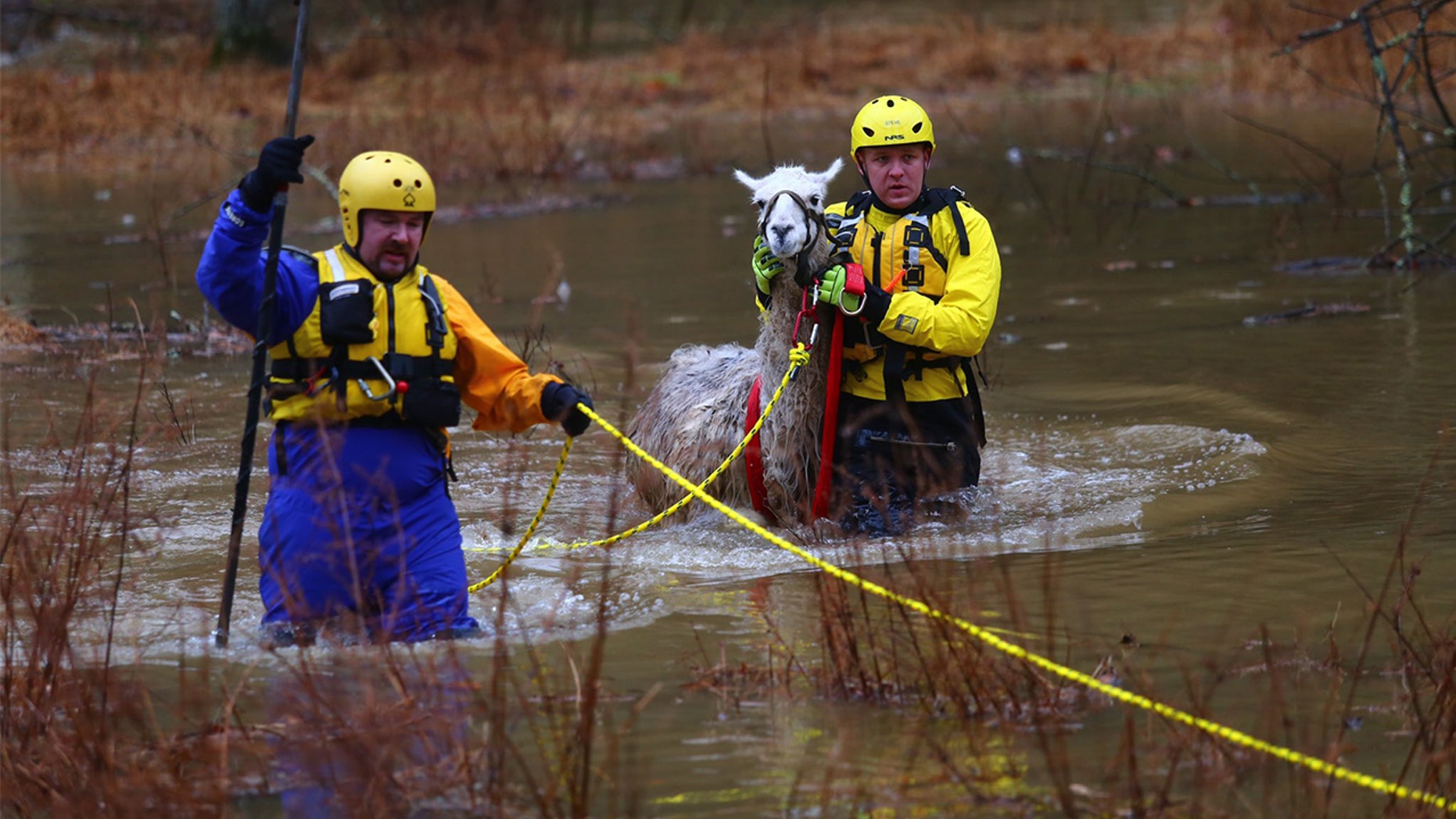 The Howard County Department of Fire and Emergency Rescue Services tweeted Sunday afternoon: “After crews spent hours last night assisting car drivers out of the water, @HCDFRS assisted the owner of this llama with bringing him to safety after his pasture was flooded overnight by the Patuxent River in Mink Hollow #SpecialOps”

Authorities said the rescuers put a rope around the llama’s harness and walked it to dry land from the high waters.

“The whole pasture had filled up with water from the flooding overnight,” the department’s spokeswoman Denise Weist told The Baltimore Sun. “It was deep enough that there was no way it was going to cross.”

Fox 5 DC reported that the llama was returned to its owner.