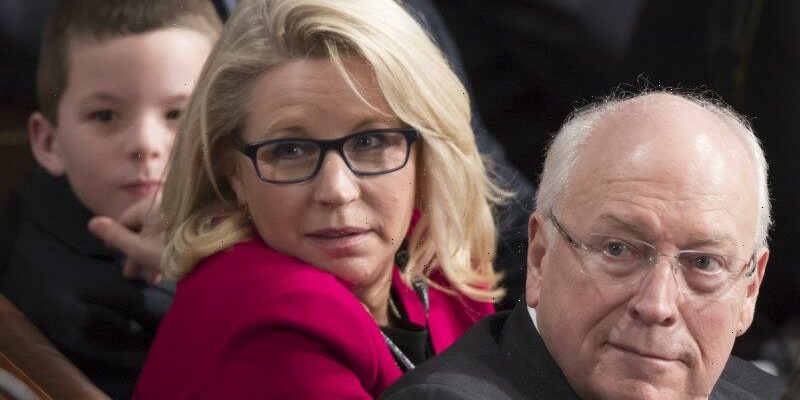 Washington: Tensions are mounting in the Republican Party ahead of the imminent removal of anti-Trump conservative Liz Cheney from her leadership position in the party.

The Republican House of Representatives caucus is expected to vote on Thursday (AEDT) to remove Cheney from her position as the third most senior Republican in the House.

Cheney, who voted to impeach Trump in January for his role in fomenting the January 6 Capitol insurrection, has frustrated her colleagues by continuing to publicly reject Trump’s claims that he was the rightful winner of the presidential election. 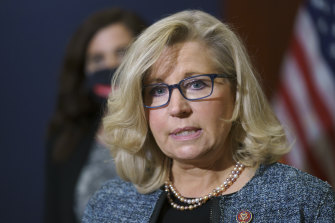 Representative Liz Cheney, the House Republican Conference chair, is expected to be removed from her post. Credit:AP

The daughter of former vice-president Dick Cheney is expected to be replaced as Republican conference chair by New York congresswoman Elise Stefanik, who has a less conservative voting record than Cheney’s but has been far more loyal to Trump.

The vote is being widely interpreted as a sign of Trump’s continuing grip over the party, despite his election loss and the Capitol riot.

In a defiant speech on the House floor on Wednesday (AEDT), Cheney refused to back down by declaring: “We face a threat America has never seen before: a former president who provoked a violent attack on this Capitol in an effort to steal the election has resumed his aggressive effort to convince Americans that the election was stolen from him…We must speak the truth: our election was not stolen.”

In a letter to colleagues Chip Roy, a conservative Republican from Texas, said the party would be better off leaving the position vacant than awarding it to Stefanik.

Describing Stefanik as a friend, Roy said the party should not rush “to coronate a spokesperson whose voting record embodies much of what led to the 2018 ass-kicking we received by Democrats”.

Roy said the party “must avoid putting in charge Republicans who campaign as Republicans but then vote for and advance the Democrats’ agenda”.

He pointed out that Stefanik had voted against Trump’s signature tax cuts legislation, as well as supporting a bill that would have forced the US to remain in the Paris Climate Agreement.

Cheney has a lifetime rating of 80 per cent from the conservative Heritage Action group compared to 48 per cent for Stefanik. 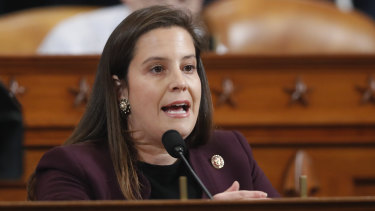 The American Conservative Union has given Cheney a lifetime grade of 78 percent based on her voting record in Congress while Stefanik’s sits at 44 per cent.

In a tweet Stefanik said that the base of the Republican Party [also known as the Grand Old Party, or GOP] was in control of the party’s direction.

“And GOP VOTERS overwhelmingly support President Trump & want us to advance the working class agenda he spearheaded!” she wrote.

Trump has endorsed Stefanik for the role, saying: “She knows how to win, which is what we need!”

The push to replace Cheney with Stefanik is backed by House Republican leader Kevin McCarthy, who was recently caught on a hot mic saying that he had lost confidence in Cheney. 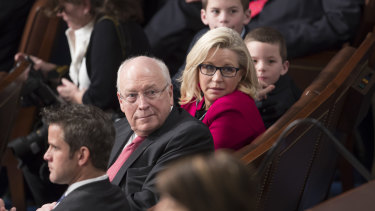 Cheney has refused to go quietly, writing in The Washington Post last week that Republicans face a “turning point” in the party’s history.

“Republicans need to stand for genuinely conservative principles, and steer away from the dangerous and anti-democratic Trump cult of personality,” she wrote.

“While embracing or ignoring Trump’s statements might seem attractive to some for fundraising and political purposes, that approach will do profound long-term damage to our party and our country.”

Republican Senator Mitt Romney warned on Twitter: “Expelling Liz Cheney from leadership won’t gain the GOP one additional voter, but it will cost us quite a few.”

Republican Senator Joni Ernst said expelling Cheney from the party leadership for her views represented a form of “cancel culture”.

“I support President Trump and his policies, Ernst said.

“But I still think we shouldn’t be trying to cancel voices.”