Devil is in the detail! Little boy’s letter to Santa has a major spelling mistake

One little boy’s letter to Santa is unlikely to reach the North Pole due to an unfortunately spelling error.

When writing his note to Father Christmas, the youngster accidentally addresses his letter to Satan, the Dark Lord of the Underworld, instead.

Footage captured in Canyon Country, California, shows what seems to be his parent ask the little boy if he made the message himself. 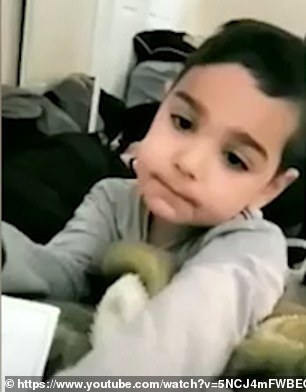 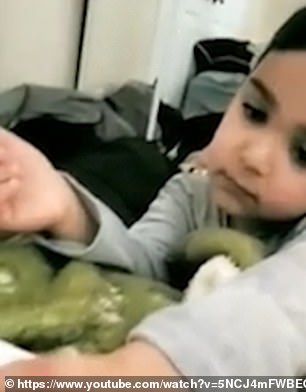 While holding the camera and note in hand, the filmmaker says: ‘You did it all by yourself?’

To which the youngster nods his head and explains how the letter reads ‘To Santa’.

Yet when the camera person pans to the note in question, the viewer can see the handwritten word actually spells out Satan. 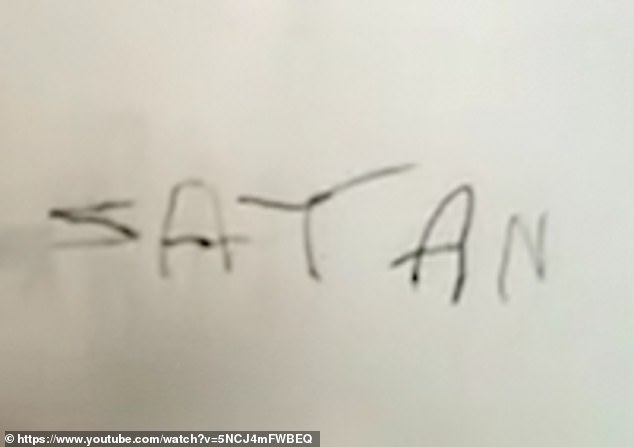 ‘Santa, huh?’, his mother seems to question, before the youngster asks for his letter back.

The footage was filmed on December 4 this year and has been watched nearly 900 times on one YouTube account.

Viewers were quick to praise the little boy for his effort – despite the spelling error – with one writing: ‘Well, he did his best.’