A white van dangerously overtook two HGVs and avoided a head-on collision with a oncoming lorry on a narrow road.

The nerve-wracking incident was captured on dashcam by motorist Jamie Katona early on Monday morning near the A15 road near Gainsborough, Lincolnshire.

Mr Katona, 29, from Rawcliffe Bridge, East Yorkshire, was driving his van in between two HGV trucks around 4am. 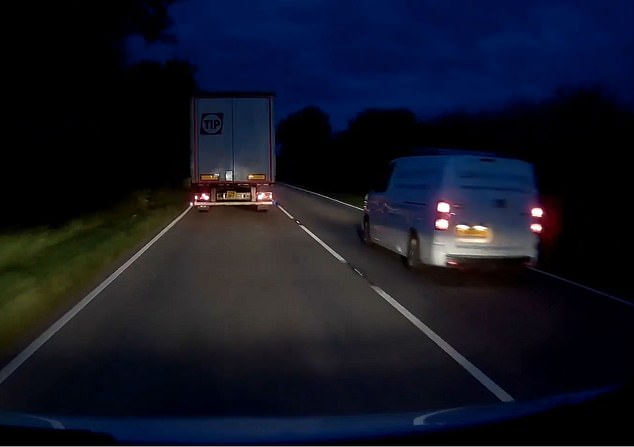 A driver has captured the nerve-wracking moment the driver of a van dangerously overtook two HGV and narrowly avoided a head-on collision with an oncoming lorry from the opposite direction near Gainsborough, Lincolnshire

He saw the white van speeding up ahead of him in the oncoming lane before over taking the HGV in front.

The HGV in front is then forced to slow down to allow the van back into the lane and to complete the overtake.

As the white van returns into the lane, high beam lights are flashed ahead of it in the right lane. 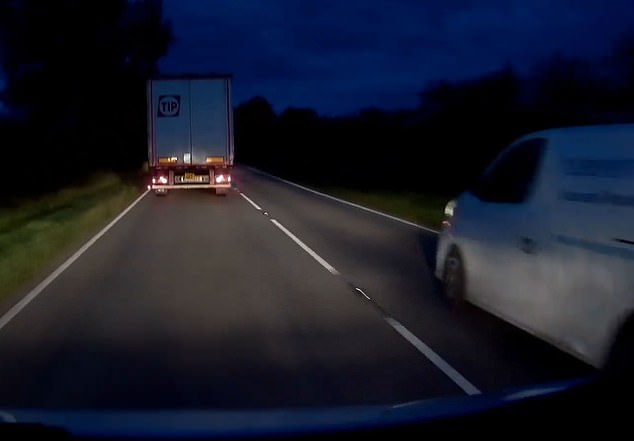 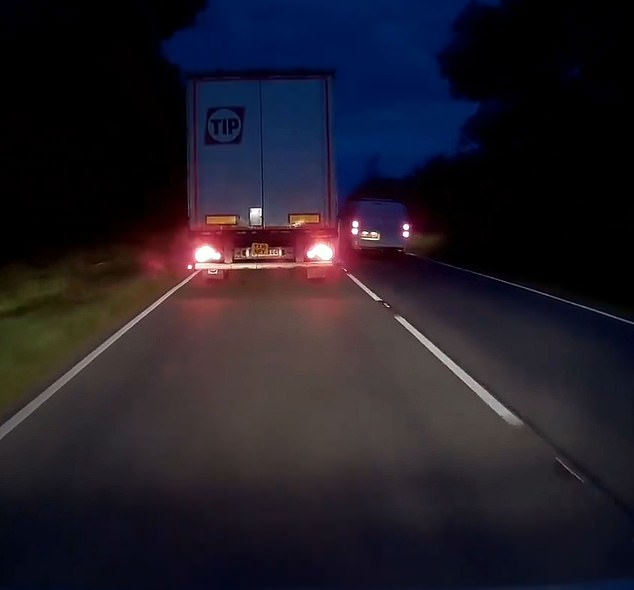 The lights come from a lorry in the oncoming lane after the van narrowly avoided a head-on crash with it.

Mr Katona uploaded the footage on Facebook just a few hours after the incident.

He wrote in the caption: ‘Think he needs new undies. Lucky the HGV in front was on it, one behind me and he comes from behind that. Dual carriageway few miles later.’ 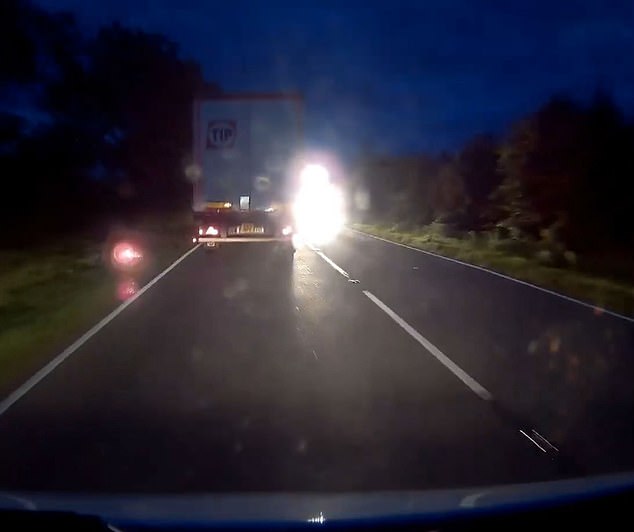 As the white van moves back into the left lane, high beam lights are flashed 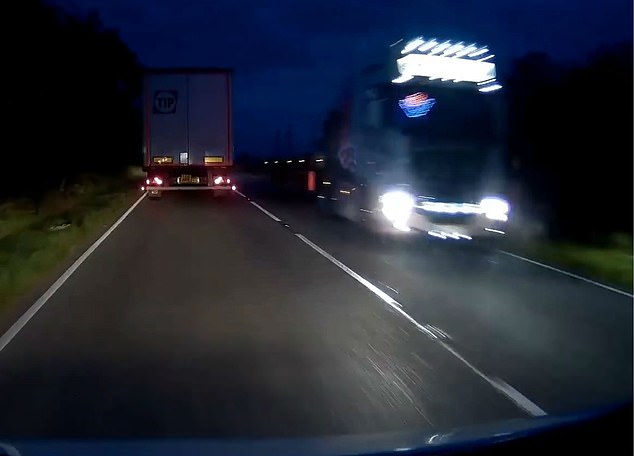 Others commenting on the footage were amazed that the van driver remained unscathed, including one who wrote: ‘Idiots who don’t care about life’.

Viewers also slammed the oncoming HVG for potentially potentially making the situation worse by flashing their headlights at the van.

One wrote: ‘While I understand the oncoming HGVs reaction, is it a good idea to blind the guy who is about to hit you?’