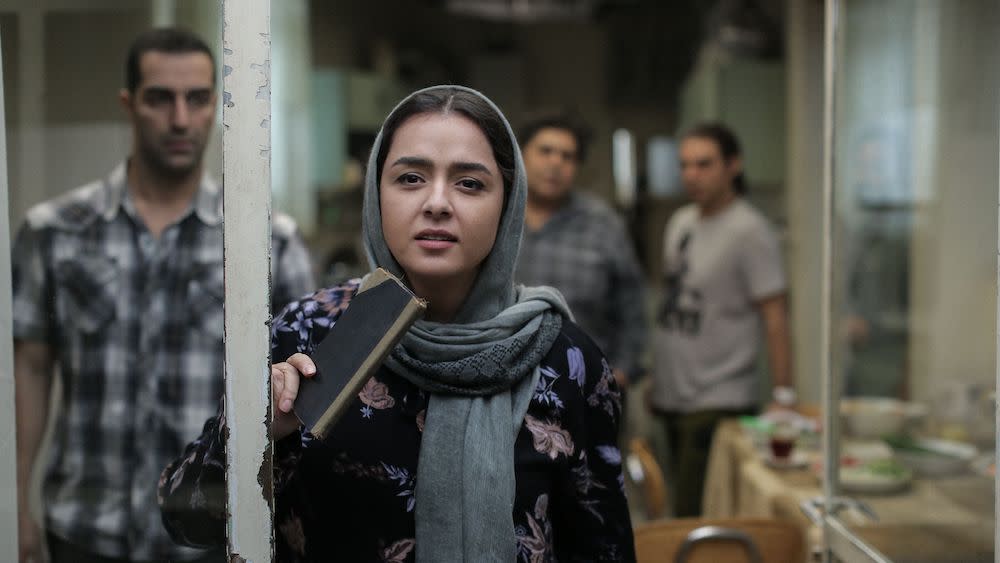 In “Leila’s Brothers,” a once proud, now pathetic Persian family teeters on the brink of ruin, held together by the assertive sister who’s tired of relying on men to decide her fortune. Taking matters into her own hands may be empowering to watch — there’s no question that “The Salesman” alum Taraneh Alidoosti, who plays Leila, towers over this male-dominated ensemble — but it’s also a recipe for potential tragedy in Iranian writer-director Saeed Roustaee’s novelistic, nearly-three-hour saga, his first to be selected for Cannes.

Some audiences may recognize Roustaee from another turbulent family portrait, “Life and a Day” (2016), whereas it was his terrific cop thriller “Just 6.5” (2019) — the closest thing Iran has produced to “The French Connection,” still unreleased in the U.S. — that put the helmer on my radar. Born in 1989, Roustaee represents a new generation of Iranian auteurs, and one who’s sly enough to embed his complex social critiques so deep into the fabric of sprawling modern stories that he hasn’t upset the regime. Not yet, at least.

Dense with overlapping dialogue, suffocating social situations and shifting point-of-view, Roustaee’s style is a stark departure from the straightforward, focused Iranian movies that have found their way into the world so far, whether the fable-like tales of Majidi or the intimate dramas of Farhadi, whose relative simplicity makes them uniquely suited to international consumption. A film like “Leila’s Brothers” can feel downright oppressive by comparison, placing the pressures of Iranian society upon the viewer, without providing the necessary context.

The film’s central conflict comes down to this: The oldest male in the Jourablou clan, Esmail (Saeed Poursamimi) worked hard all his life. Now he has a choice of what to do with his savings. Does he pass it along to his five grown children — each one more ungrateful than the last — or does he use the money to cinch his place as the patriarch (a title of honor and respect in Persian society)? Esmail is clearly drawn to the latter option, which would confer on him “The Godfather”-like advantages, minus the headache of managing a vast criminal enterprise.

But it’s a gamble. The appointment is not assured and will take some careful political maneuvering on his part. First, he has to pretend that he doesn’t want the title, while rival Ghandashali openly campaigns for it. Then he’ll have to trust distant cousin Bayram (Mehdi Hoseininia), who asks Esmail to underwrite the wedding of his only child — to the tune of 40 gold coins (essentially Esmail’s entire fortune) — even though Bayram couldn’t be bothered to attend the ceremony of Esmail’s own son several years earlier.

Something about the arrangement doesn’t smell right to Leila, and she takes it upon herself to intervene. At 40, she’s tired of watching her mother and four siblings struggle, and now that the only decently employed member of the family, Alireza (Navid Mohammadzadeh), has lost his factory job, she can no longer sit idly by while her family makes a mess of their lives. In one of perhaps half a dozen emotionally exhausting scenes, Leila cries and pleads with Alireza to start a business with his brothers. Eldest male Parviz (Farhad Aslani) cleans toilets at a posh Tehran mall, charging shoppers for access to the facilities. Dim, go-with-the-flow Farhad (Mohammad Ali Mohammadi) has no possessions, apart from a car. And Manouchehr (Payman Maadi) is saddled in debts and mixed up in a pyramid scheme.

Opening a store seems like a solid enough plan in the abstract, although these characters — impulsive, immature and all-around irresponsible — could almost certainly be counted on to screw it up. What do any of these reckless adults know about running a business? All they do is bicker and complain, which is why they need someone organized like Leila to give them orders, even if her schemes are ultimately no more certain than anyone else’s.

Everybody in “Leila’s Brothers” is hiding something — not necessarily in a deceitful way so much as to make things a little bit more comfortable for themselves. An early scene finds Esmail celebrating the birth of a new addition to the family. He’s told it’s a boy, but he’s not falling for that again: This is his sixth grandchild, and every previous time, his sons lied and pretended the baby was male when it wasn’t. Celebrating at Esmail’s house, Parviz steals food from his father’s kitchen to feed his family. If these grown kids could get their hands on the 40 gold coins, they would — though that would mean yanking the rug out from under Esmail’s dreams of becoming patriarch.

If this sounds soap operatic in the slightest, credit Roustaee for ensuring the story never feels that way on screen. The helmer constructs scenes with a bustling documentary energy, studiously avoiding melodramic tropes, even when they might serve to make the narrative more engaging, less unwieldy or simply easier to digest overall.

“Leila’s Brothers” takes place amid the hustle and churn of contemporary Tehran, alternating between the family’s grubby, run-down flats and sites of decadence and wealth. In one scene, Manouchehr takes his siblings to a high-rise office where his roommate explains a scam that could make them rich. Later, they visit the mall where Leila wants to open the family store and ogle the wads of cash changing hands. And then there’s the wedding of Bayram’s son, where Esmail experiences his moment of glory while guests throw money in the air.

But money comes and goes. Toward the end of the film, the Iranian economy crashes in real time as the U.S. tightens sanctions. Over the course of a single montage, the price of gold skyrockets tenfold, exponentially compounding the family’s troubles. Had they held onto Esmail’s 40 gold pieces, things would be different. But the siblings have been second-guessing and undermining one another since the beginning. In the end, Roustaee leaves us with this question: When even the self-interested members of a family don’t support one another, how can a society be expected to function?