Lawyer, 42, jailed for neglect after her elderly mother died in squalor soaked in her own urine has her conviction quashed by the Court of Appeal 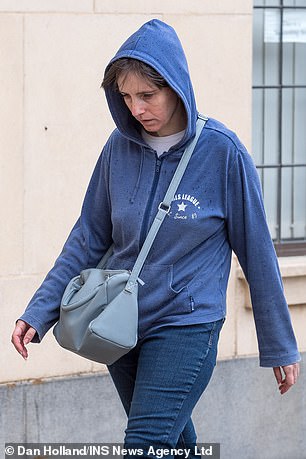 Emma-Jane Kurtz, pictured, who was jailed in April for wilfully neglecting her 79-year-old mother has had her conviction quashed on appeal

A lawyer who was jailed for neglect after her elderly mother died in squalid conditions on a sofa soaked in her own urine has had her conviction quashed by the Court of Appeal.

Emma-Jane Kurtz, 42, who specialised in working with elderly and vulnerable people, was jailed for two-and-a-half years in April at Oxford Crown Court.

She was convicted of wilfully neglecting her mother Cecily, 79, who was found dead on a sofa in June 2014 with urine burns on her legs and back.

Three senior judges today ruled the trial judge ‘misdirected’ the jury because it was not proven that Mrs Kurtz lacked the mental capacity to make her own decisions.

The pensioner’s ‘wasted’ body was discovered slumped on a sofa in June 2014.

Prosecutors said her trousers came apart at a touch, and her clothes had remained unchanged for years.

The cause of her death was deep vein thrombosis and a dent in the sofa showed she had not moved for a considerable time.

Judge Peter Ross, jailing Kurtz in April, said the case involved weeks and months of the most severe neglect.

He said: ‘The state of Cecily Kurtz’s body looked like a photographed scene from the end of the Second World War in one of the concentration camps.

But Kurtz, of Didcot, has always protested her innocence, insisting she did her best to care for her independent-minded mother.

The Court of Appeal heard Mrs Kurtz had bipolar disorder, depression and OCD but ‘knew her own mind’ and ‘would have nothing to do with doctors’.

Kurtz was of previous blameless character and solicitor colleagues spoke of her ‘particular empathy for the elderly.’ 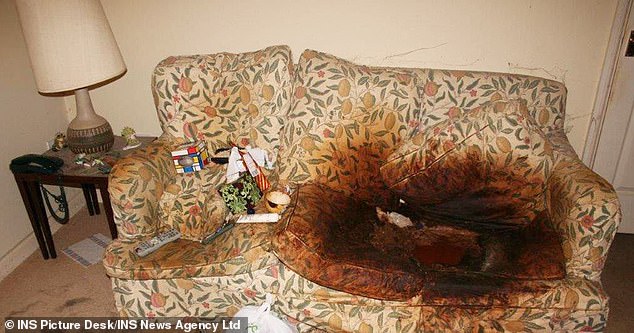 Cecily Kurtz’s ‘wasted’ body was found on this urine soaked sofa at home in Didcot. The Court of Appeal ruled the trial judge misdirected the jury because it was never proven Mrs Kurtz did not have the mental capacity to make her own decisions

Overturning her conviction today, Lady Justice Macur said it had been necessary for prosecutors to prove that Mrs Kurtz lacked mental capacity.

And the failure to do that meant jurors at Kurtz’s trial had been ‘misdirected,’ ruled the judge, sitting with Mr Justice Julian Knowles and Judge Mark Wall QC.

Evidence suggested that ‘at a minimum, Kurtz should reasonably have believed her mother to lack mental capacity in matters of personal welfare’.

But, without proof that the pensioner was no longer capable of making her own decisions, her daughter was guilty of nothing, the judge ruled.

‘That means the judge misdirected the jury in a material way and we are satisifed that Kurtz’s conviction is therefore unsafe’, Lady Justice Macur concluded.

Crown lawyers had asked for Kurtz to be retried, but the judge ruled another trial ‘would not be in the public interest.’