A former mistress of Stephen Paddock – the gunman who authorities say killed 58 people in Las Vegas in October 2017 – had a fake weapon seized from her by police on Thursday, according to a report.

The unidentified woman was reported to police after flashing the replica weapon at a reporter, claiming it was real, outside a shopping mall in Auckland, New Zealand, on Thursday, the New Zealand Herald reported.

Police confiscated the fake weapon from the woman at her home following the encounter with the reporter, the news outlet reported.

The woman claimed she carried the fake weapon for protection, the report said.

The woman recently relocated to New Zealand from Australia, after leaving the United States with her son sometime after the Las Vegas massacre, in which authorities say Paddock fired on a country-music concert crowd outside his hotel from his room on the 32nd floor.

New Zealand authorities have become extra sensitive to weapons issues since 51 people were killed in the attack at mosques in Christchurch in March 2019 – about a year and a half after the Las Vegas massacre. Last December, New Zealand authorities said they’d collected more than 50,000 weapons as part of a buyback plan.

Las Vegas authorities say Paddock, 64, fatally shot himself as police moved in on him. No clear motive for the horrific attack has yet been confirmed. 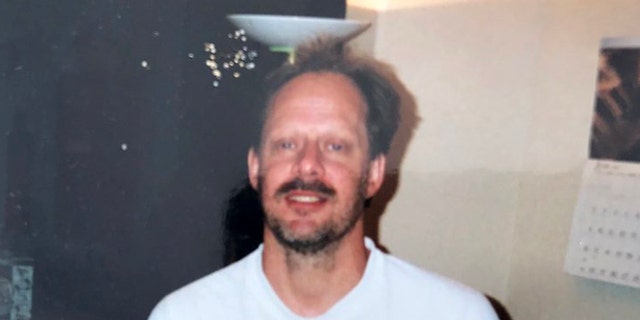 It is still unknown what caused Stephen Paddock to carry out the Las Vegas shooting. (Associated Press)

The woman in New Zealand is a different woman from a longtime girlfriend, Marilou Danley, who has often appeared in photos accompanying news reports about Paddock since the shooting, the Herald reported.

The New Zealand Herald said it knows the name of the mistress but has chosen not to disclose her name.

“I have been living here a while but I didn’t want anyone to know,” she told the outlet. “The investigation is still ongoing in the States. I still live with a lot of guilt knowing I could have potentially prevented it so as a result, I have a lot of people who want me dead for failing to do something.”

The news outlet noted that the woman has not been accused of playing any role in the planning or execution of Paddock’s attack.

She said she was in another location in the days leading up to the massacre but offered to travel to Las Vegas after Paddock contacted her from there, seeming to be in some kind of distress. But she told the Herald that Paddock told her not to bother coming to see him.

The woman told the Herald she had met Paddock at a bar in Miami in 2013.

“I started hanging out with Stephen as we both had a passion for guns,” she told the Herald.

She said she doesn’t believe Paddock was as wealthy as he has been portrayed in some media accounts – and suspects that financial stress may have played a role in the Las Vegas massacre.

Las Vegas police closed their investigation into the massacre in August 2018 without establishing a motive.

Paddock was a retired postal service worker, accountant and real estate investor who owned rental properties and homes in Reno and in a retirement community more than hour’s drive from Las Vegas. He also held a pilot’s license and liked to gamble tens of thousands of dollars at a time.

Police characterized him as a loner who had no religious or political affiliations, despite reports he had ranted about the Federal Emergency Management Agency “camps” set up after Hurricane Katrina and deadly standoffs between law enforcement officers and militia groups at Waco, Texas, in 1993 and Ruby Ridge, Idaho, in 1992. 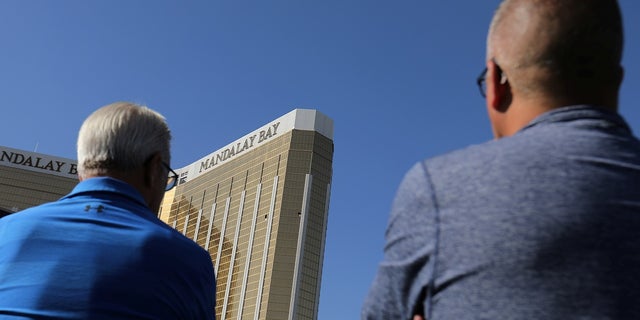 Tourists look up at the broken windows on the Mandalay Bay hotel where shooter Stephen Paddock conducted his mass shooting along the Las Vegas Strip in Las Vegas, Nev., October 4, 2017. (Reuters)

Authorities said he began to stockpile weapons about a year before the attack and spent $1.5 million in the two years before Oct. 1, 2017. He also started to distance himself from his girlfriend and family.

In the days before Paddock fired more than 1,000 rounds with assault-style rifles into a country music festival, video footage showed him wheeling bag after bag into his hotel suite while security guards helped him. More than 30 video clips have been released showing Paddock interacting with Mandalay Bay staff, playing the casino’s gaming machines and transporting the bags.

Despite police finding 23 weapons in Paddock’s room after the shooting, he left no note to explain the chaotic mess he left behind.