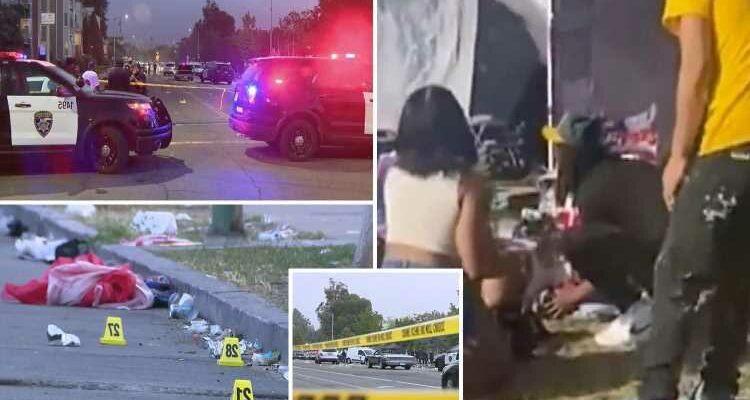 A WOMAN who was caught in crossfire when two armed men unleashed a hail of bullets on a Juneteenth celebration in Oakland thought the shots were fireworks.

Anita Flynn was out walking her dog when some 300 party-goers came rushing in her direction. 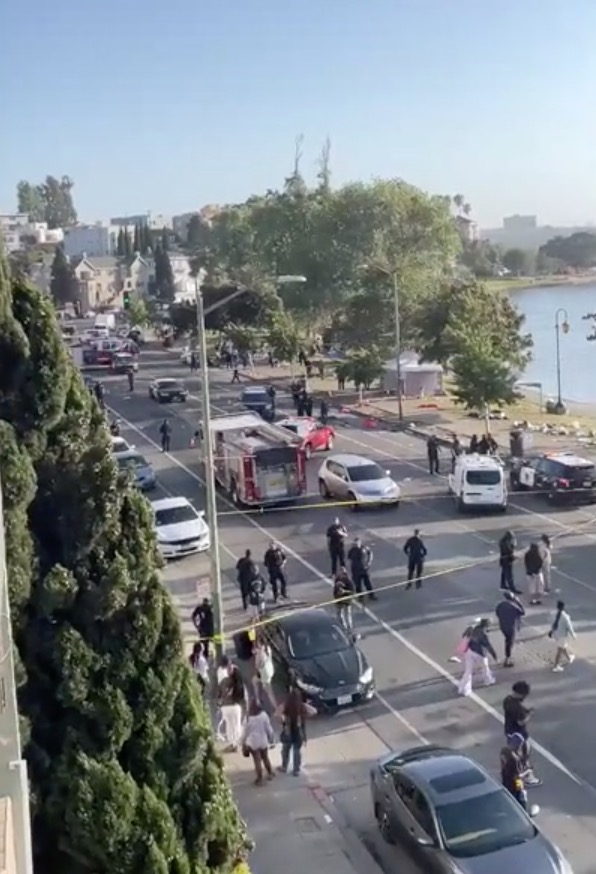 "All of sudden, people in front of me started running away from me toward the gazebo,” she told KPIX 5.

"And I turned around, like, 300 people were running right at me. So I sort of stepped into the bush with my dog and they kind of ran around me.

"I thought it was maybe just fireworks."

One 22-year-old male is dead and five others are wounded after two armed men began shooting into a Juneteenth celebration at Oakland's Lake Merritt.

Police say the gunmen opened fire on the crowd at 6.25pm, sending more than 1,000 people scrambling for cover.

One victim was rushed to a hospital but was later pronounced dead.

Andrew Simpson, who was jogging in the park at the time of the attack, said people were running everywhere.

"I heard gunshots. It was really quick,” Simpson told the East Bay Times.

“Out of the corner of my eye I saw a guy with a gun pointing at a car.

"Everyone started sprinting and screaming. They were yelling 'we’re getting shot at!' I didn’t really understand what was going on. Hundreds of people were running.

"People were jumping in their cars and driving off."

There was fifth person who was injured, but didn't get shot, KGO reported.

The festivities drew a crowd of around 1000 people to the area to partake in Juneteenth.