THE shocking moment Lady Gaga's screaming dog walker was shot by bulldog thieves has been captured on camera.

Ryan Fischer was walking the superstar's pooches, Koji, Miss Asia and Gustavo, just before 10pm on Wednesday night when the shocking incident occurred. 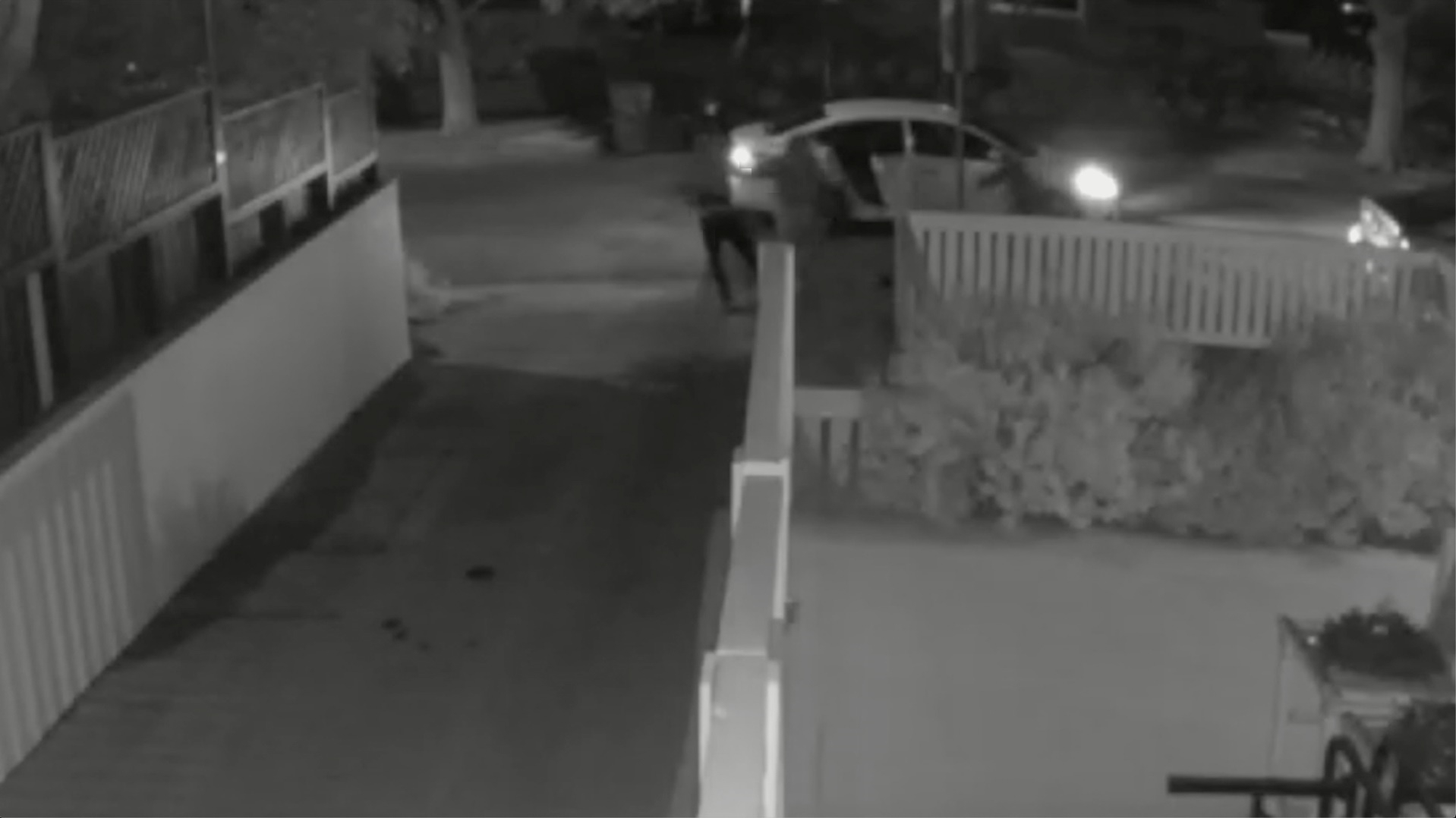 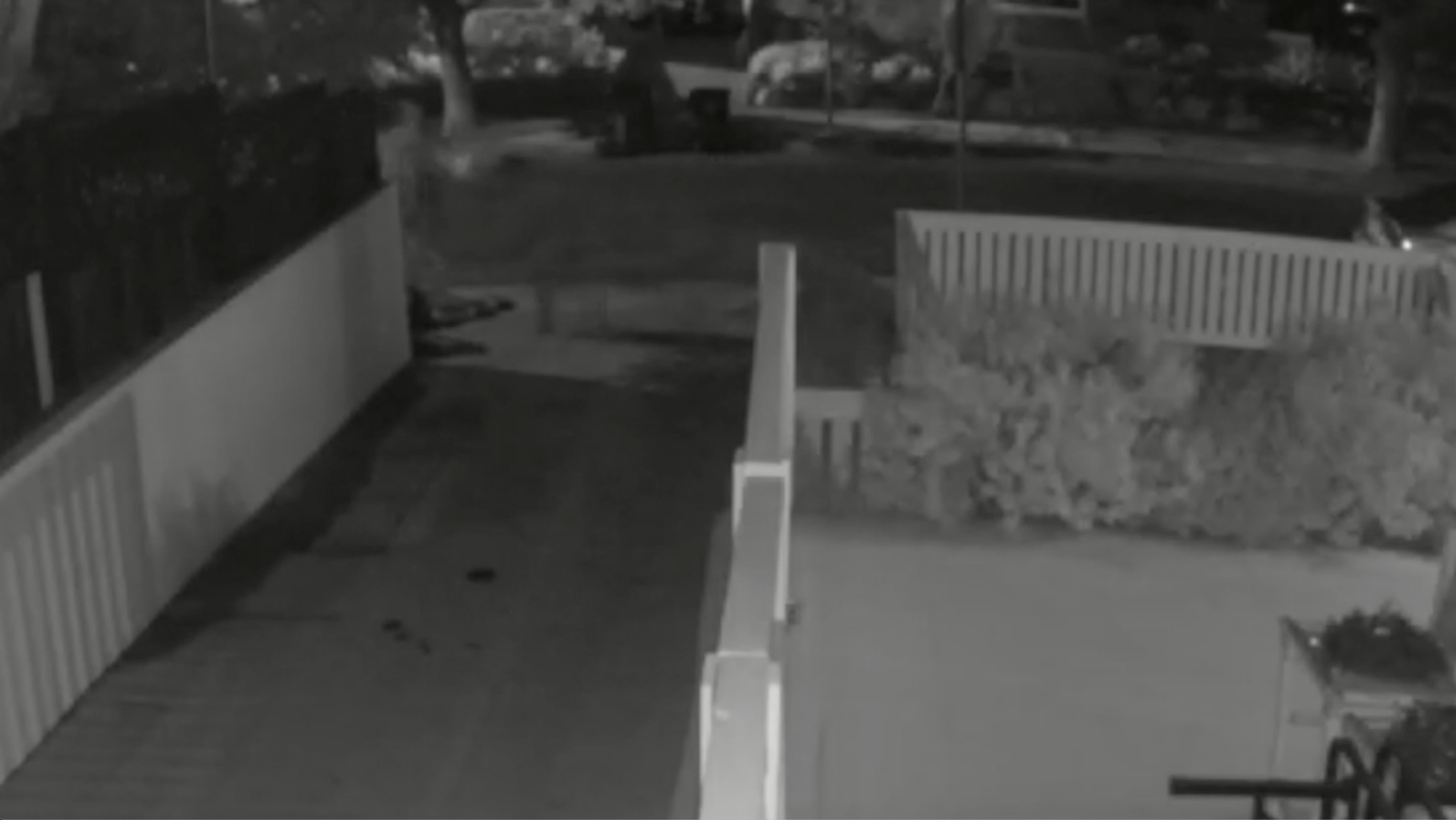 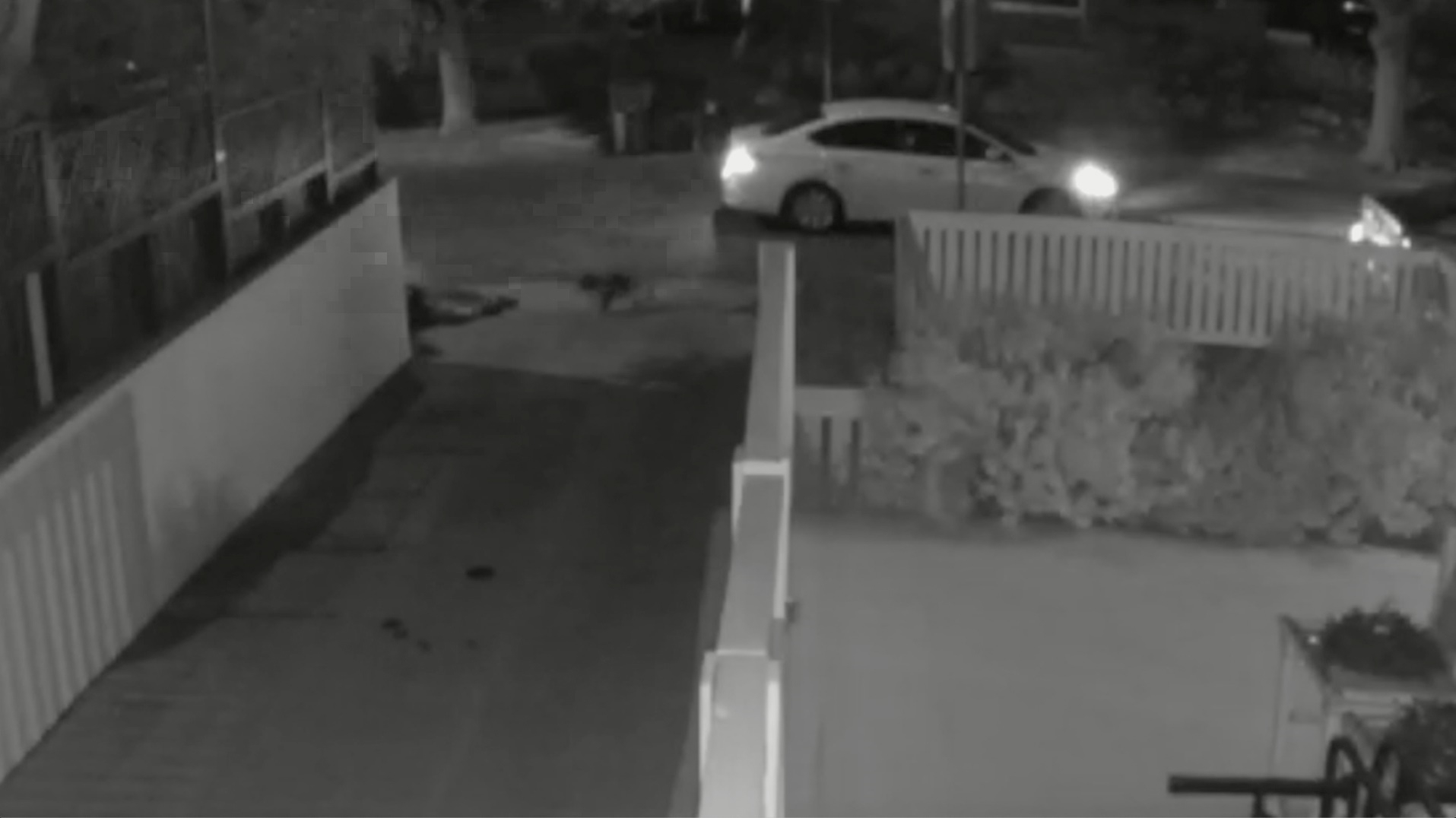 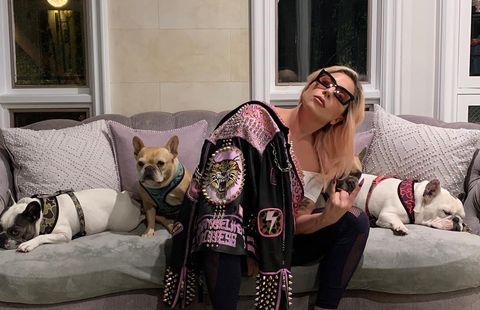 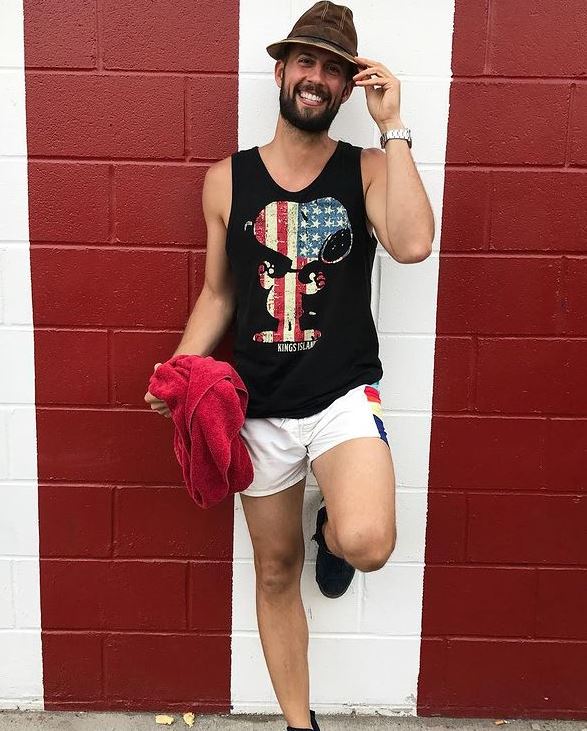 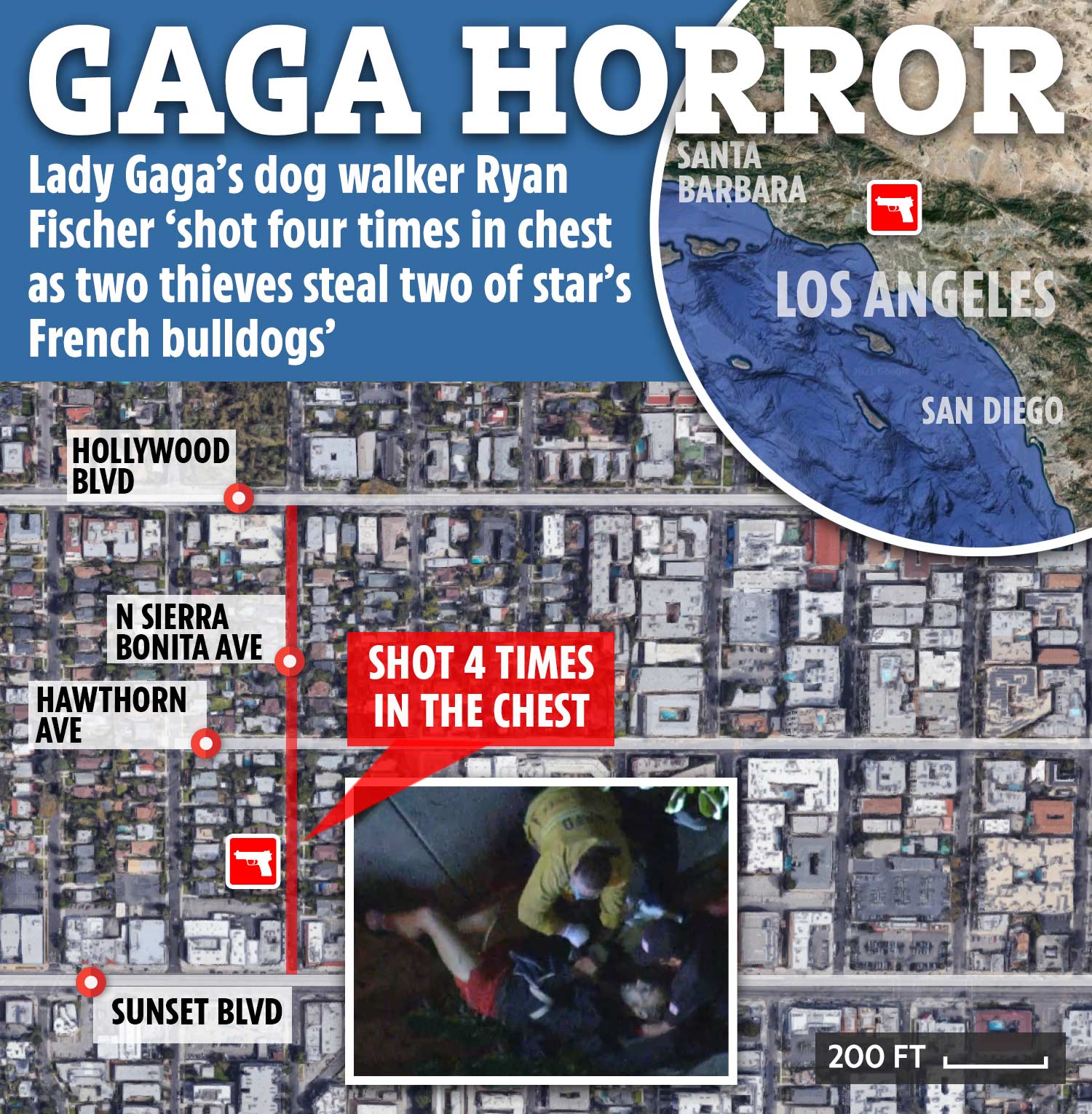 New surveillance footage shows Fischer walking the three bulldogs before a white car pulls up beside him.

Two men then appear to get out of the car and run toward the dogwalker, who starts screaming for help.

As Fischer screams, a gun can be heard being cocked, while one of the men repeatedly shouts "give it up."

One of the suspects appears to point a gun at Fischer, who is being tackled by another man. 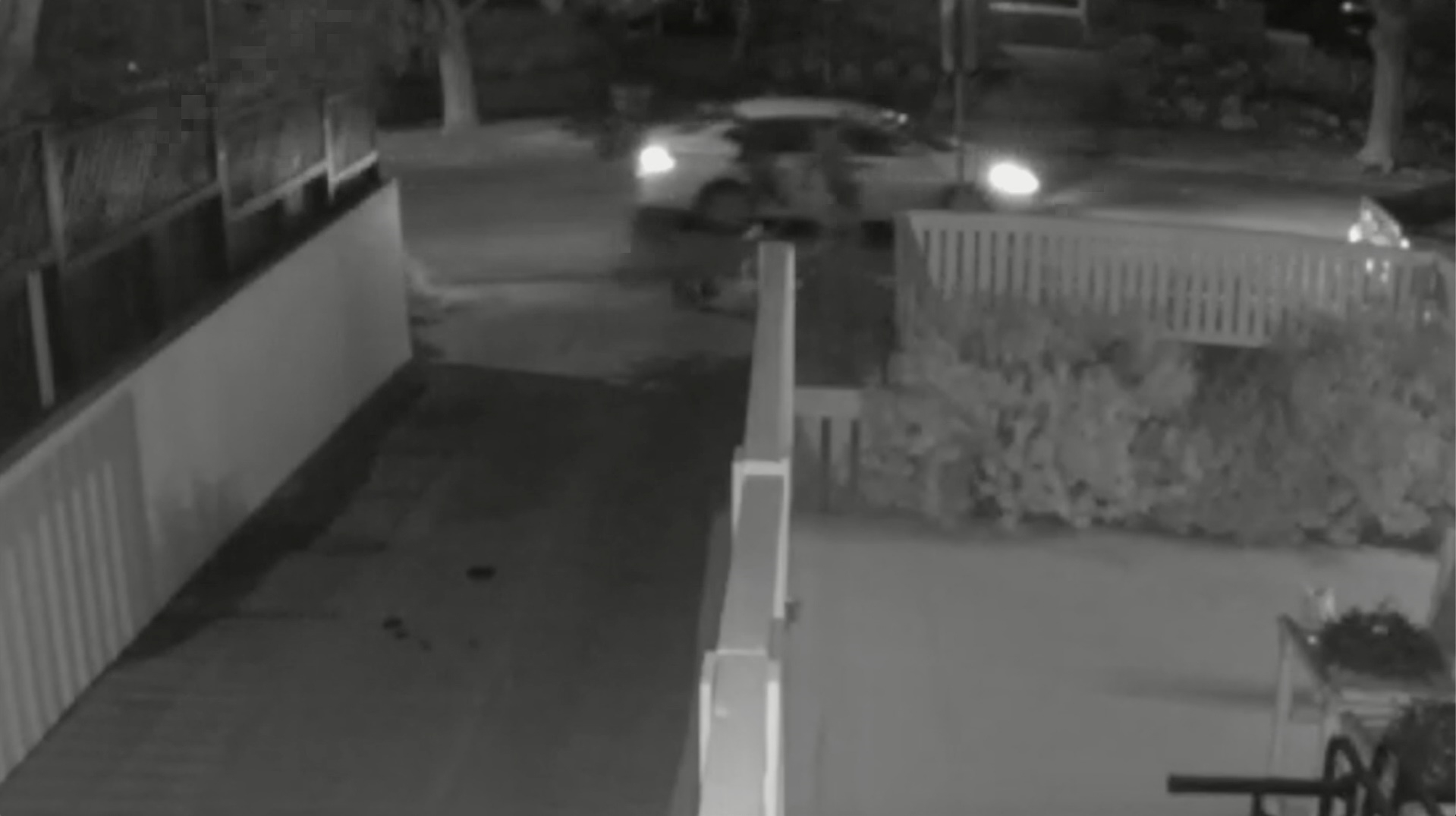 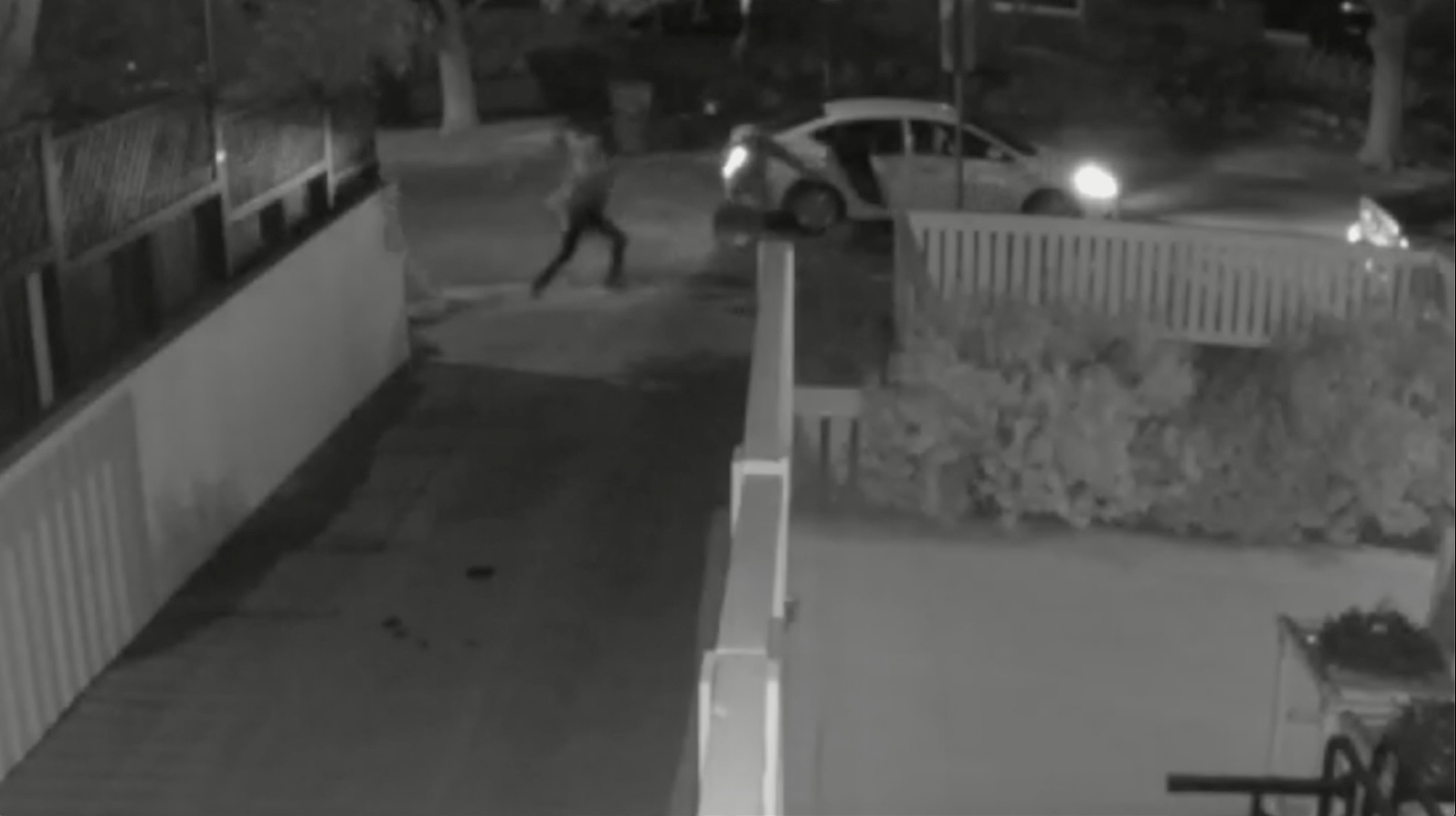 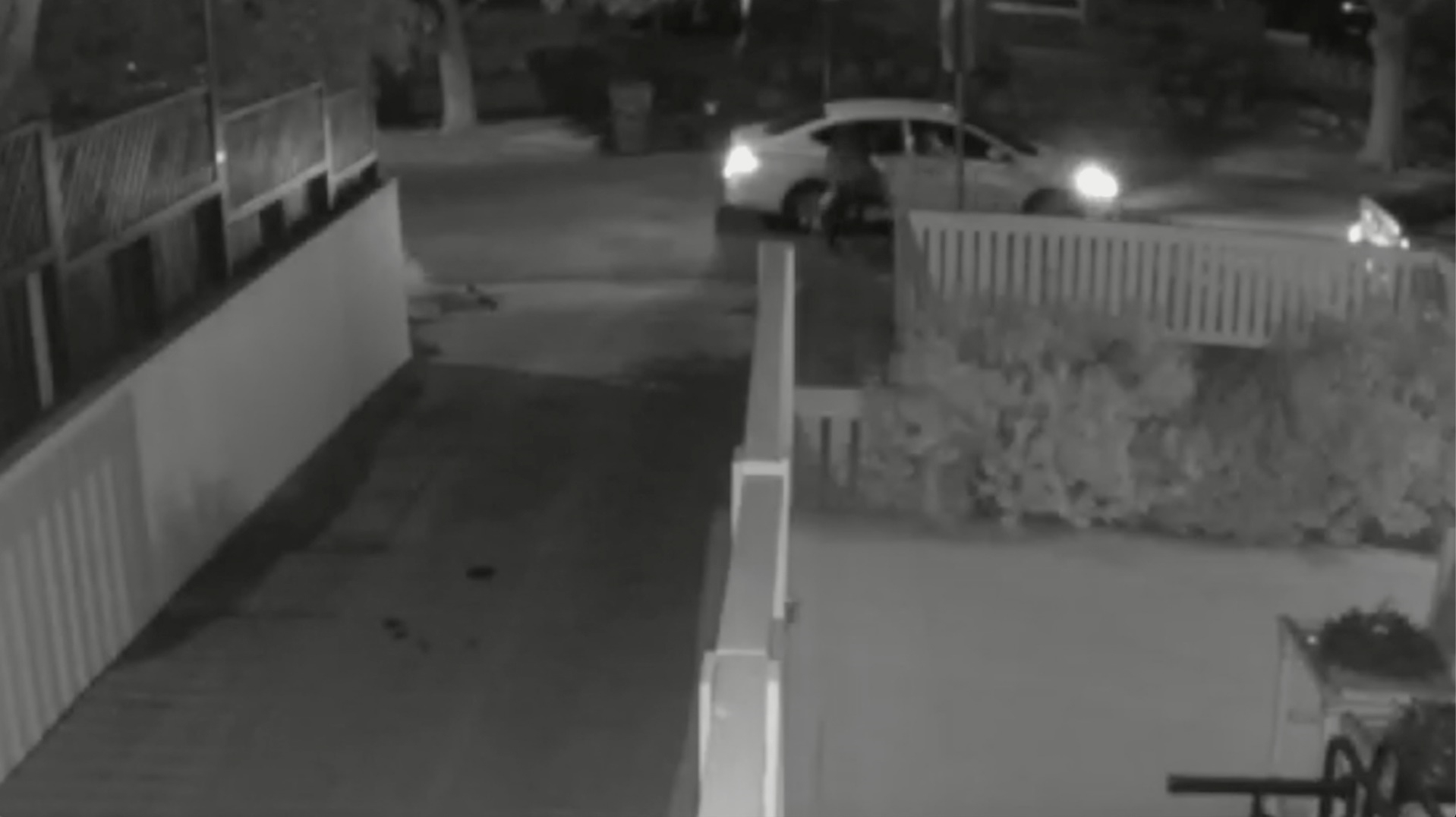 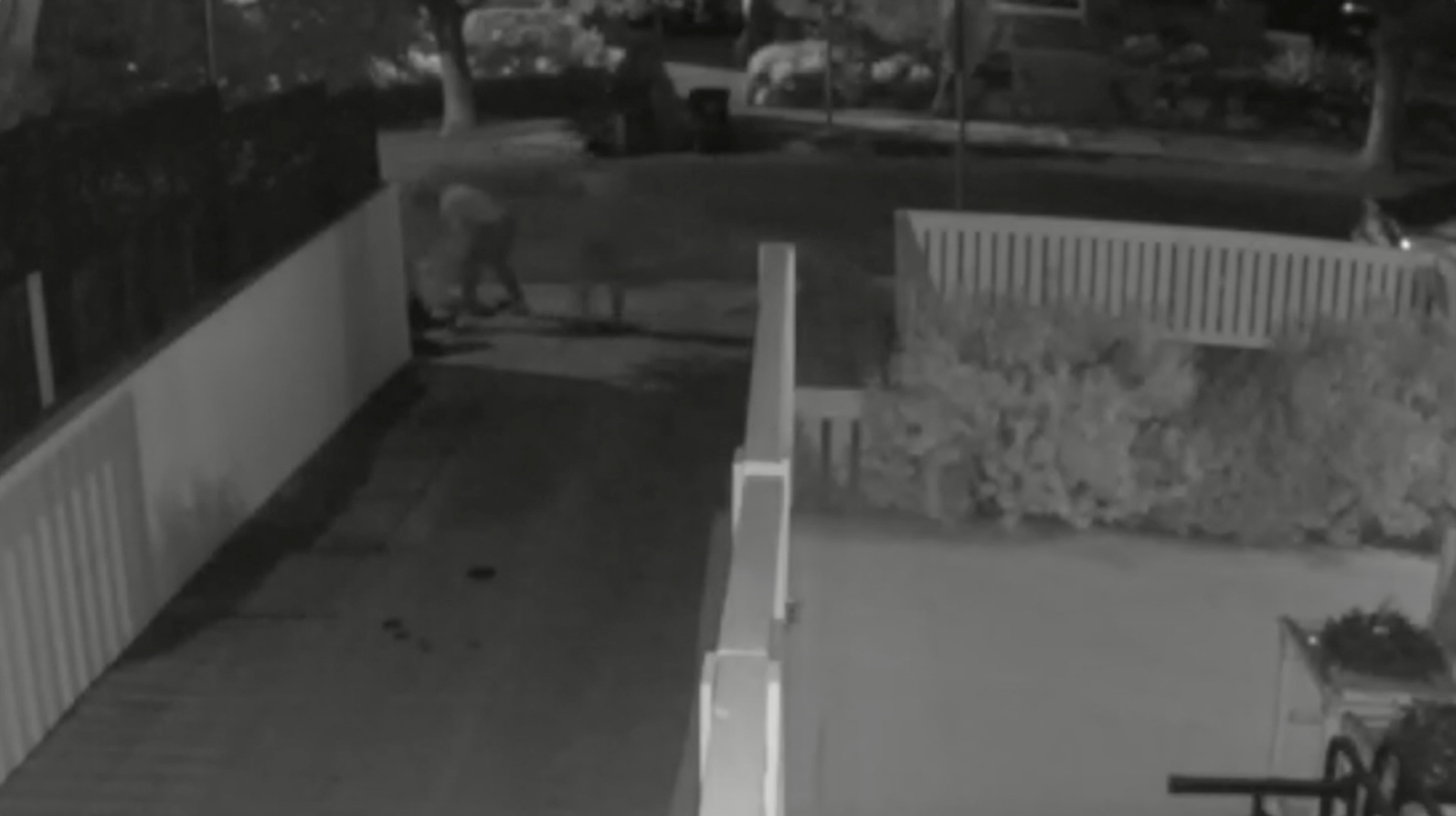 A gunshot is then heard, followed by more harrowing screams from Fischer, who is then seen on the floor.

Dogs can be heard barking as one, appearing to be Gustave, is bundled into the white car.

Miss Asia, who seemingly escaped the grips of the dogsnappers, can then be seen running toward Fischer who is still screaming for help.

Fischer can be heard gasping for breath, before yelling "I've been shot."

He added "they stole two dogs," before a neighbor can be seen approaching him.

Fischer then tells the neighbor, who appears to be on the phone to the police, "they stole two dogs, they're Frenchies, they're Lady Gaga's dogs."

Additional footage from the scene showed a man on the ground clinging to Miss Asia as he received on-scene treatment. 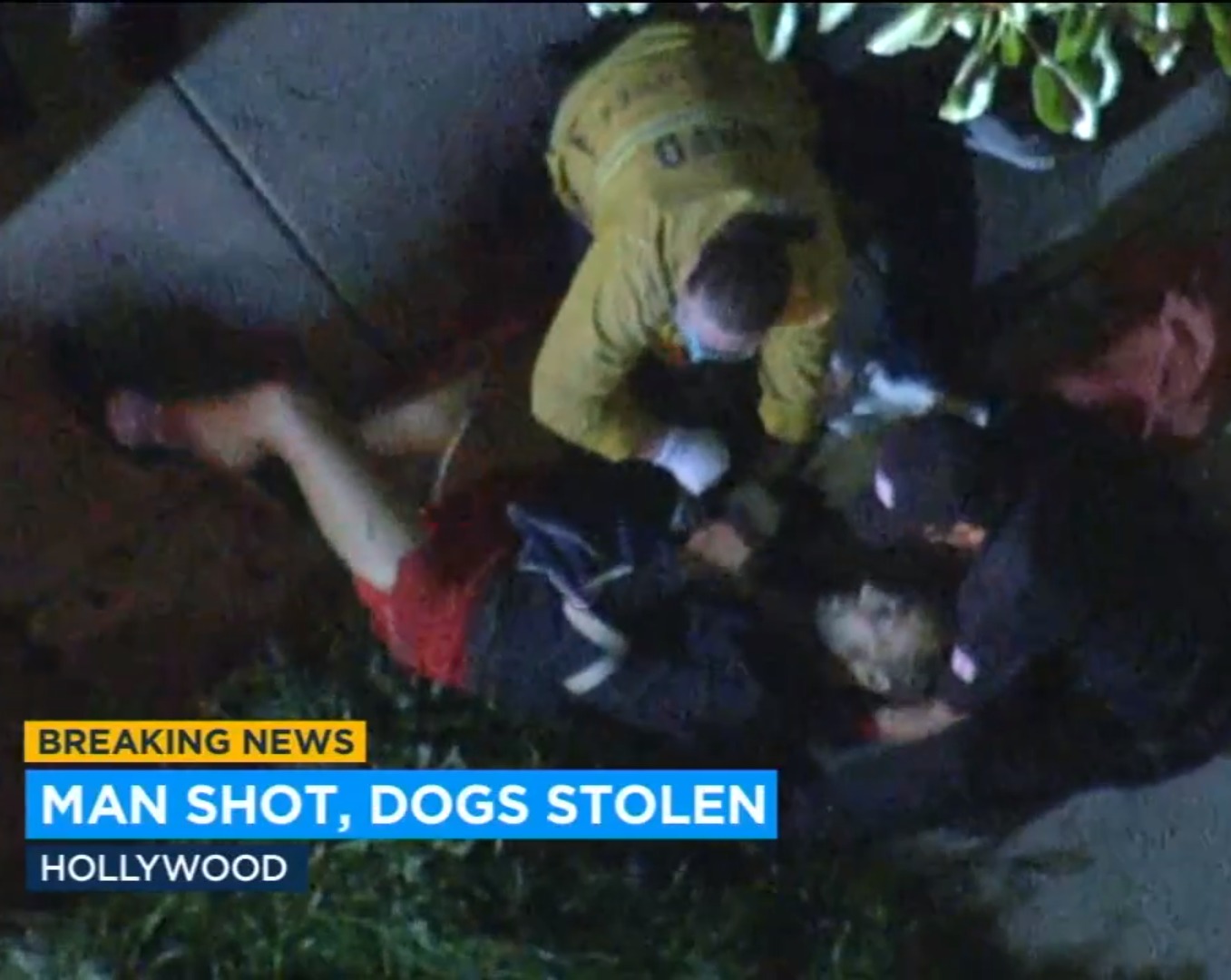 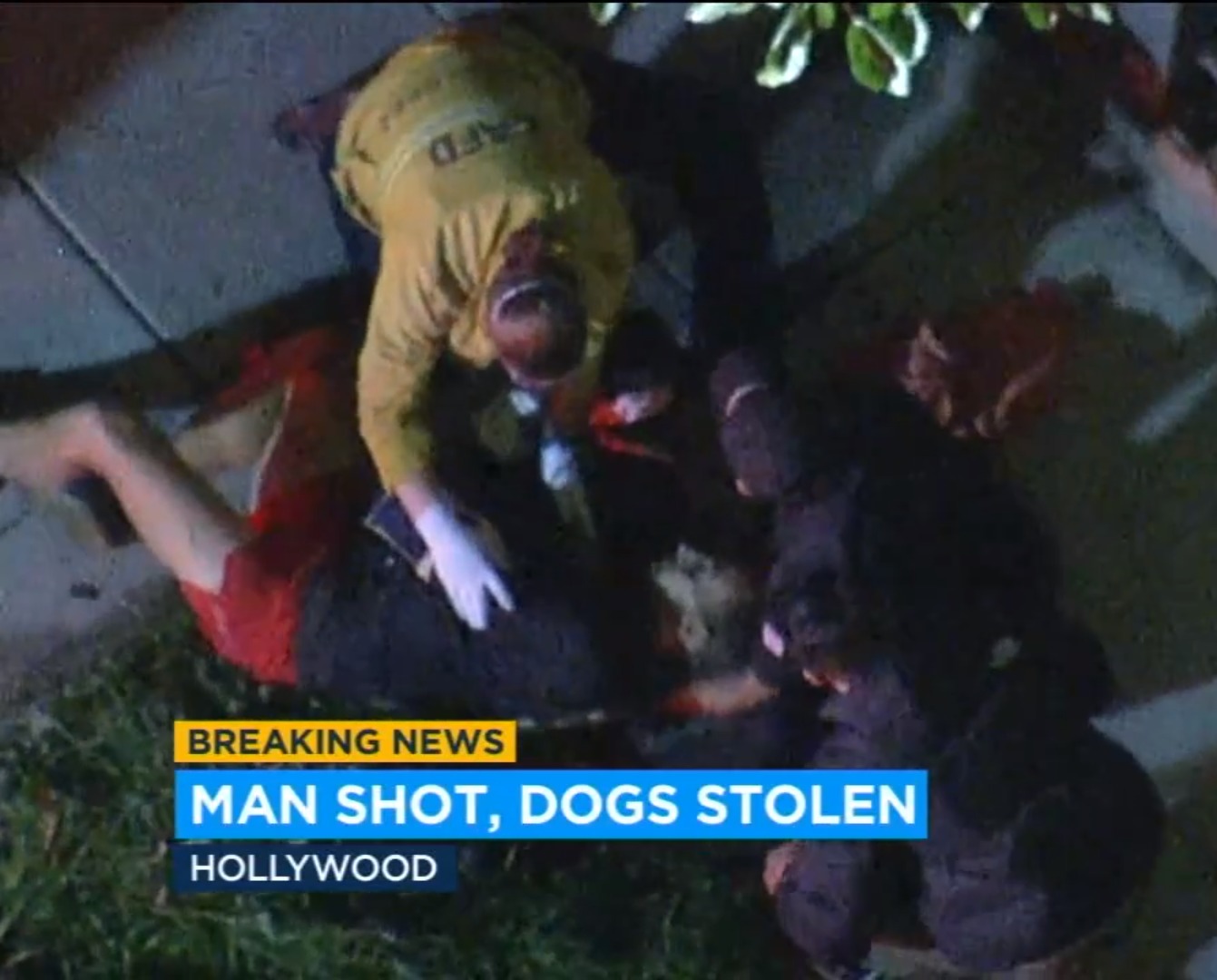 The man could be seen bleeding as he laid on his side on the ground.

Another man is later seen removing the French bulldog from the victim's arms and comforting it.

The victim appeared to be alert and talking to officers, KABC said.

He was reportedly shot outside of his West Hollywood home on Sierra Bonita.

When cops got to the scene, they reportedly found the dogwalker conscious but barely breathing, and was transported to hospital in "grave" condition, officials said.

According to 911 dispatch audio, obtained by The Sun, there were numerous calls were made about the shooting. 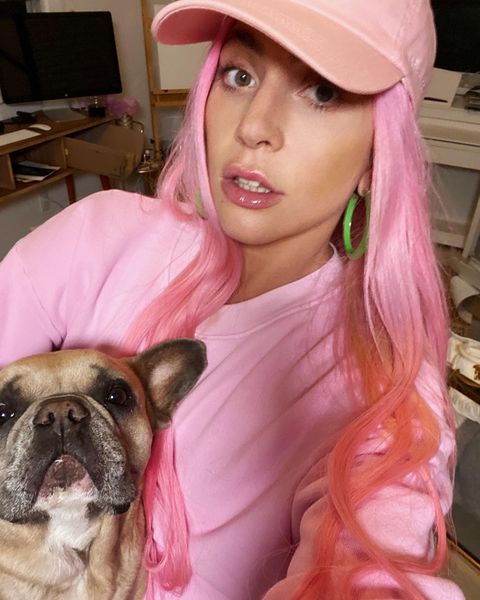 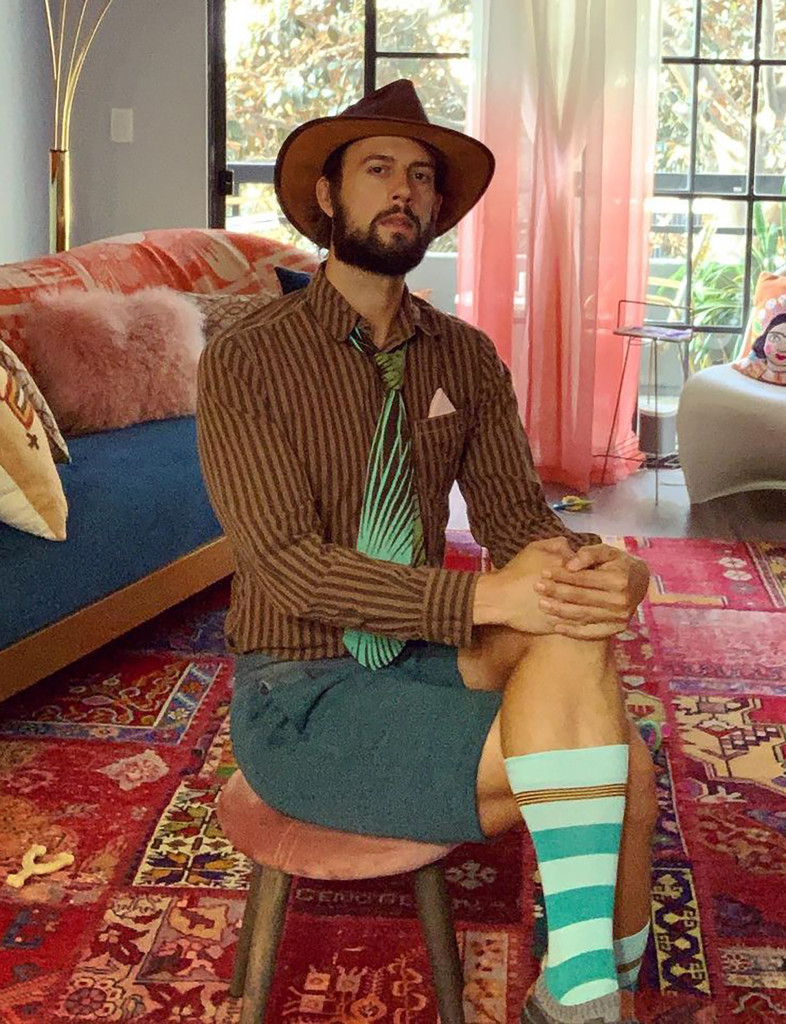 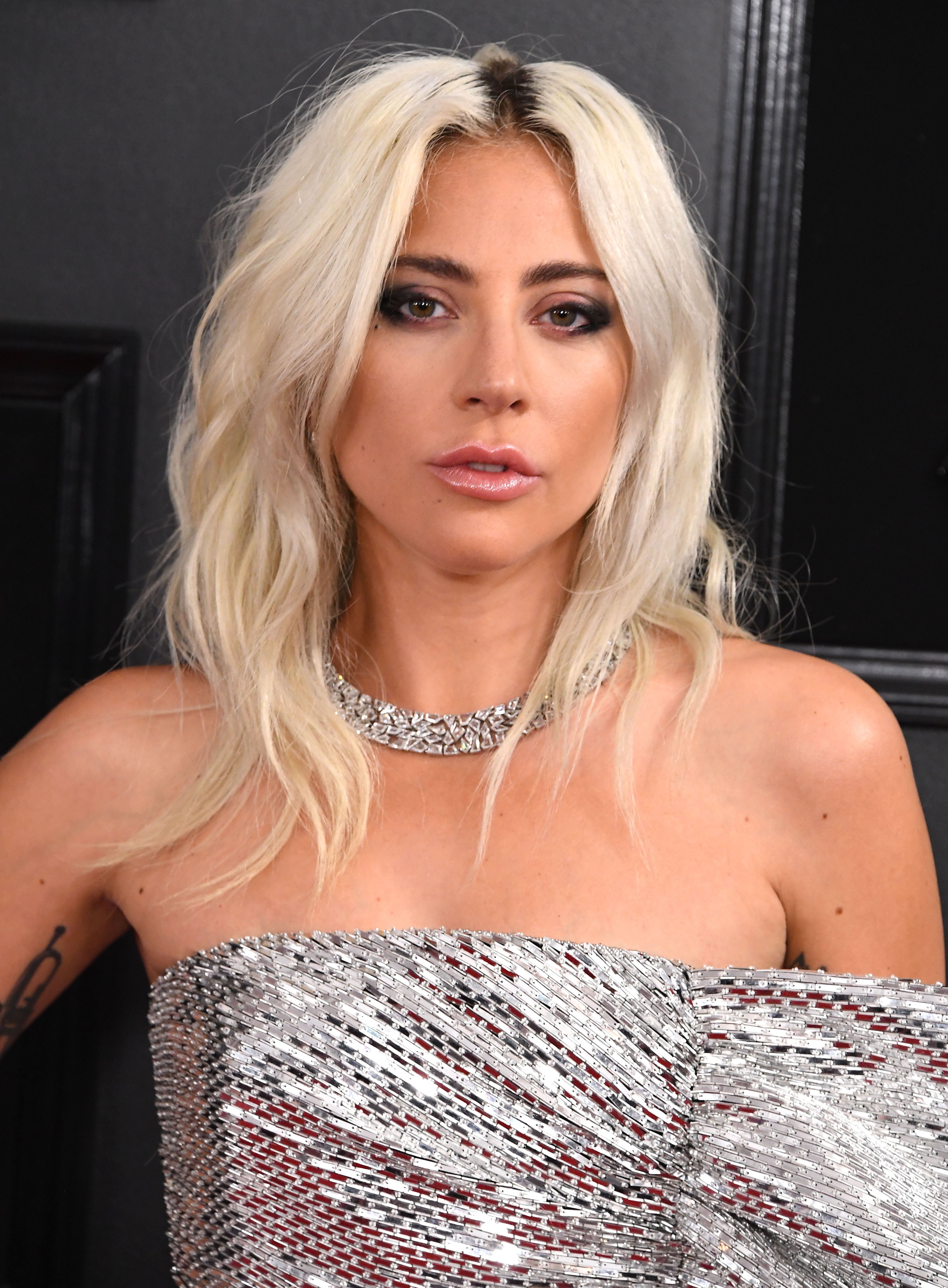 The dispatcher reported that "one gunshot" was fired and that there were reports of "a female screaming."

Another call reiterated that there were "shots fired" at the location.

Just minutes later, a call confirmed that there was "one victim down."

Public Information Officer Jeff Lee from LAPD told The Sun: "We had a shooting that took place at 1500 block of N Sierra Bonita Avenue at 9:40pm. 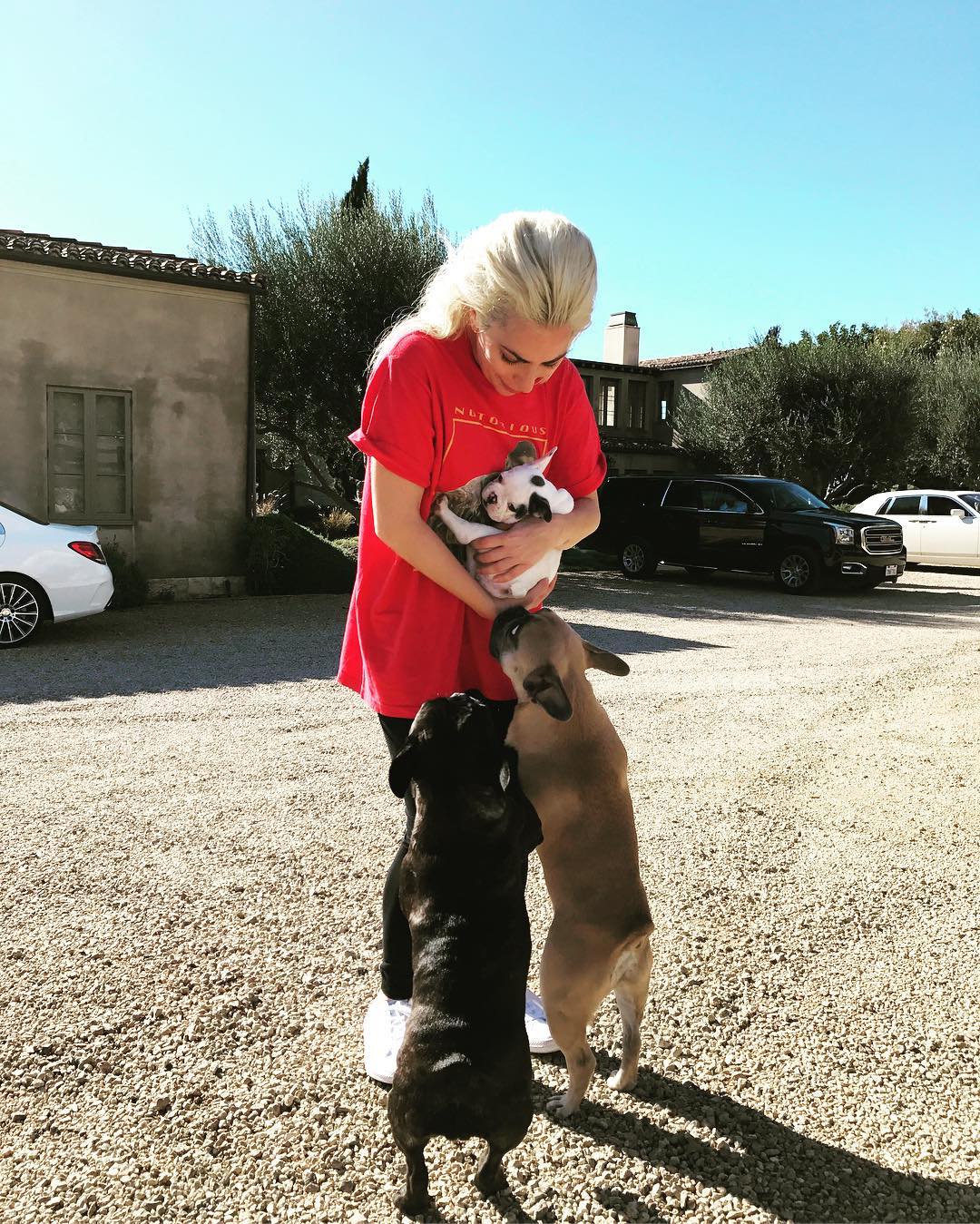 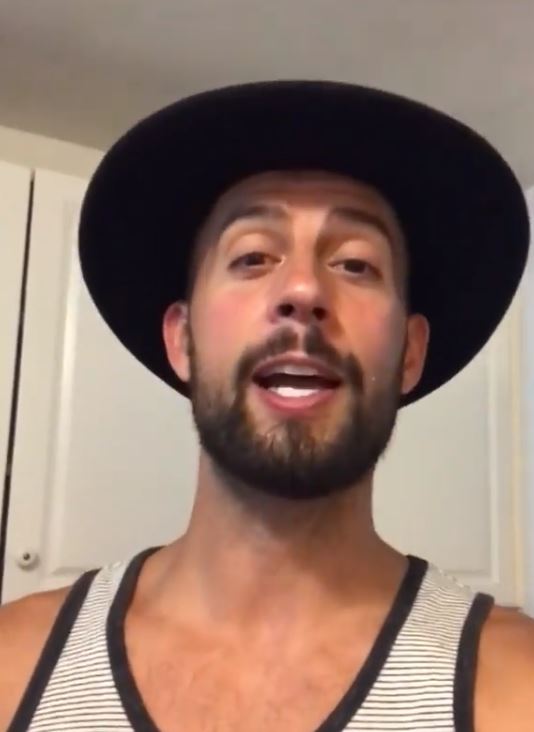 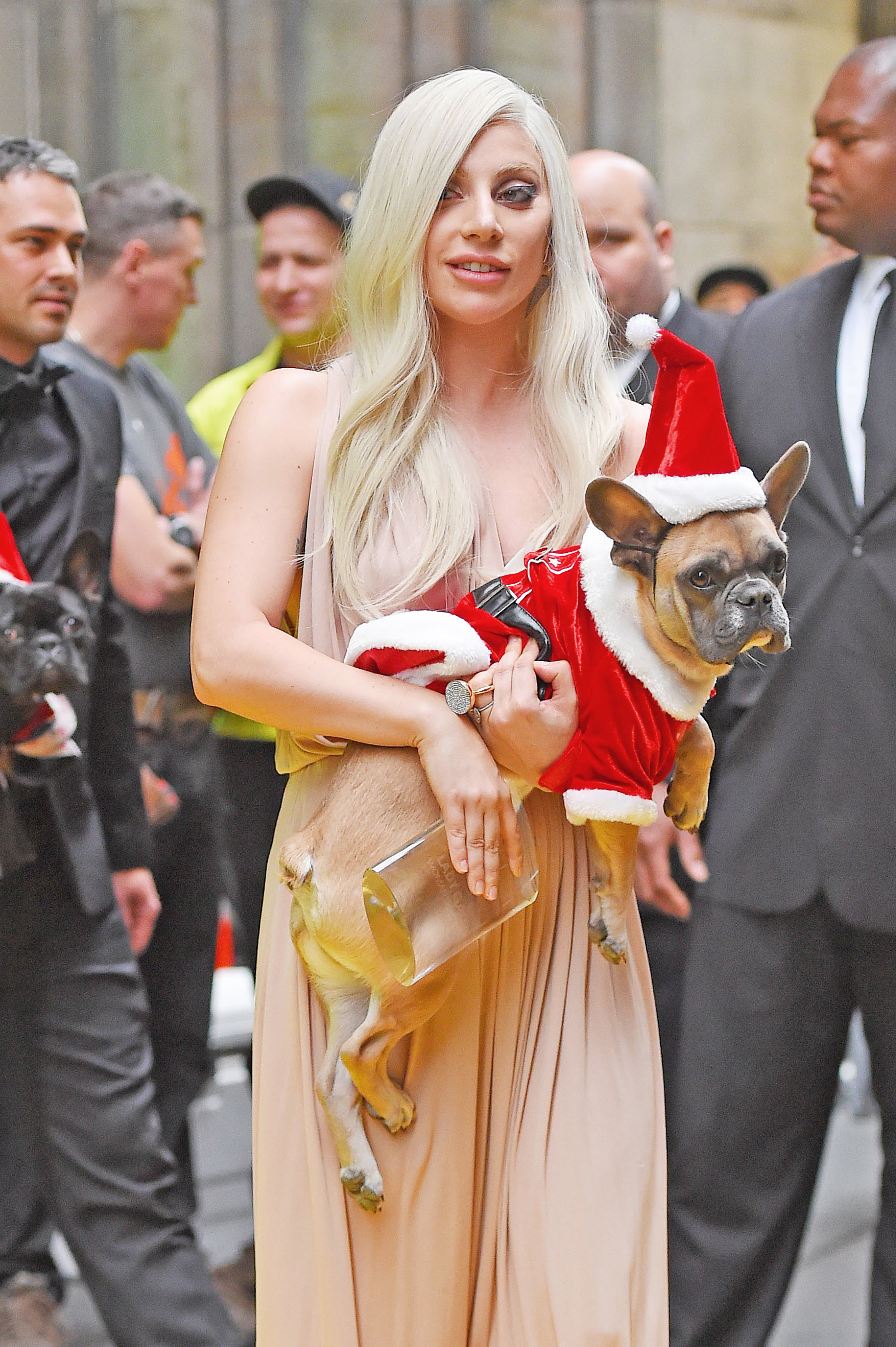 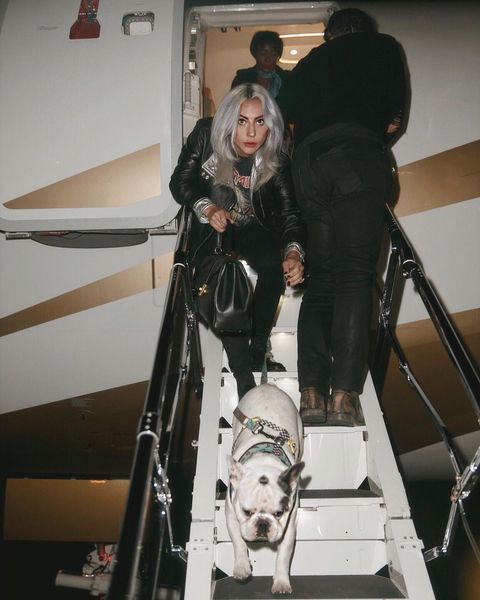 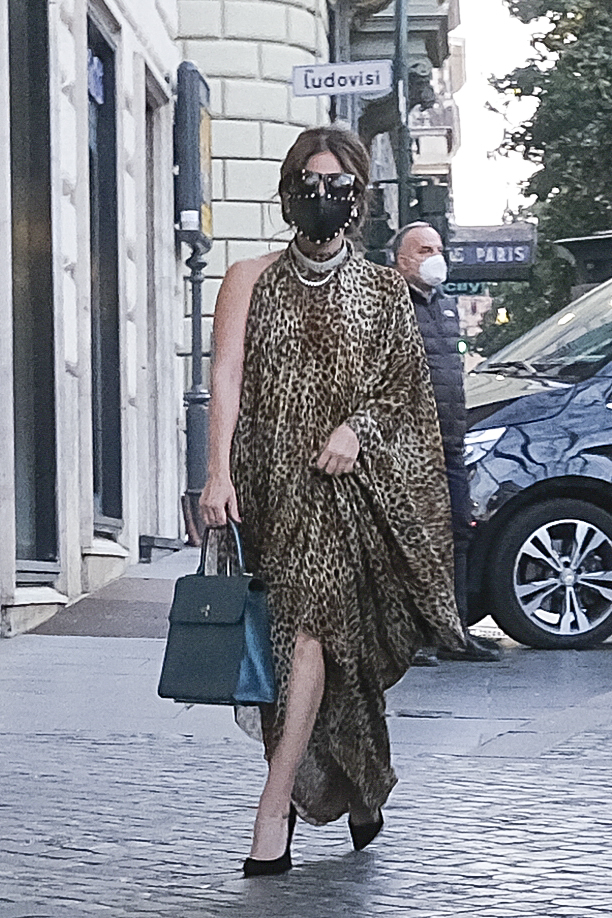 "Victim was transported to local hospital in unknown condition. No arrest made yet."

Both Koji and Gustavo were reportedly stolen, but Miss Asia got away and was later recovered by cops.

Pictures show that Miss Asia was then picked up by one of Gaga's bodyguards.

Cops described the suspects as two black males who were wearing baseball caps.

Gaga is offering $500,000 for the return of her beloved pets, "no questions asked," according to TMZ.

The outlet reported that anyone who has to dogs should email [email protected] to claim the reward.

They reportedly fled the scene in a white BMW and, according to TMZ, are still on the loose and no arrests have yet been made.

Law enforcement officials told the outlet that they are not sure whether or not Gaga's dogs were specifically the target.