Ladbrokes paid victims of gambler £975,000 hush money after they plied the customer who later admitted stealing cash from clients with thousands of pounds worth of gifts

A top bookmaker paid victims of a gambler nearly £1million on condition that they did not report the case to the Gambling Commission.

Ladbrokes gave the customer thousands of pounds worth of gifts over two years, including free tickets to football matches, business class flights and a Fortnum & Mason hamper.

He was given free tickets to Arsenal, four tickets to see the Floyd Mayweather v Marcos Maidana boxing match in Las Vegas, and an invitation to Royal Ascot.

The British citizen, who ran a property business in Dubai, later admitted that he stole from clients to fund his habit. 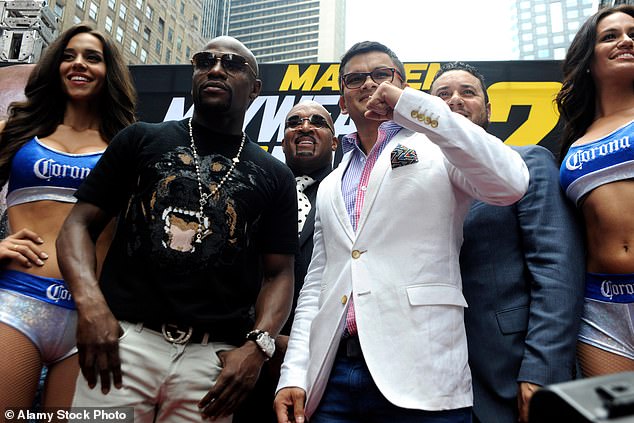 Ladbrokes gave the customer thousands of pounds worth of gifts over two years, including four tickets to see the Floyd Mayweather v Marcos Maidana boxing match in Las Vegas

Five of his victims complained and Ladbrokes agreed to pay them a combined sum of £975,000.

But it demanded that they ‘agree not to bring any complaint or make any report to any regulator in relation to the claim’, according to a settlement agreement seen by The Guardian.

As he became addicted, the man was lured into staying with the company with VIP incentives.

Text messages showed the company did have concerns about where his customer’s money was coming from.

In one his account manager asked for a bank statement showing his income ‘to comply with the regulator’s policy’.

But when he didn’t receive a response, the account manager wrote: ‘Don’t worry mate, won’t need this now.’ 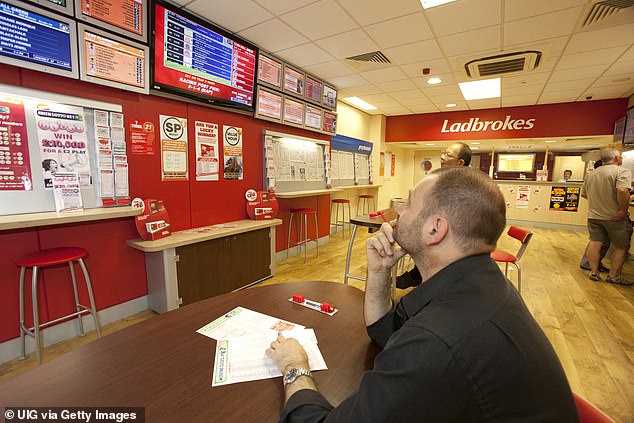 Five of his victims complained and Ladbrokes agreed to pay them a combined sum of £975,000

After the customer failed to reply to messages as he wrestled with his addiction, the Ladbrokes employee wrote to him: ‘Morning mate, I’ve put a £5k bonus in your sports account for you.’

The gambler told The Guardian: ‘I lost my home, my family and my company. To make matters worse, Ladbrokes made me a part of a settlement I never wished to be a part of.’

Ladbrokes Coral said it would not comment on an individual case but added: ‘Where we are able to agree a settlement to a dispute with a customer, it is a standard provision of such agreements that the parties keep its content confidential.

This is quite separate from our own reporting obligations to the Gambling Commission. We notified it of this case.’