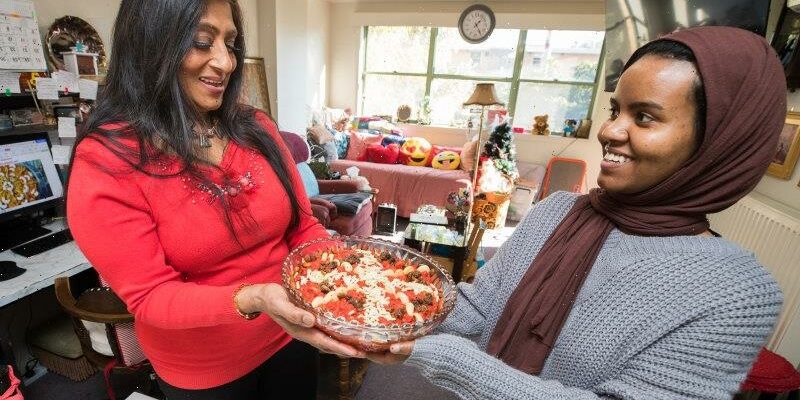 Deepa Gupta had just moved into a public housing estate in North Melbourne last year when she was banned from leaving her apartment for five days.

On July 4, the Victorian government imposed an immediate hard lockdown on nine public housing estates in North Melbourne and Flemington as the city battled to control the outbreak of the second wave of COVID-19.

More than 3000 of the city’s most disadvantaged residents were confined to their flats and police surrounded the housing estates. 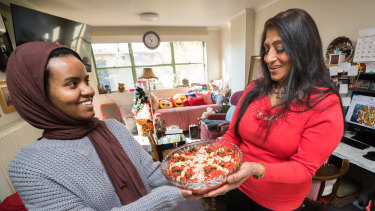 “We saw it on the news or the cleaners told us and next the police were there and everybody was petrified to their skin,” Ms Gupta said.

She once stepped onto her balcony and police barked at her to go inside. “The way they looked at you, it was as if you were criminals, it was terrible,” Ms Gupta said. “I cried a lot, I was like very, very disturbed.” 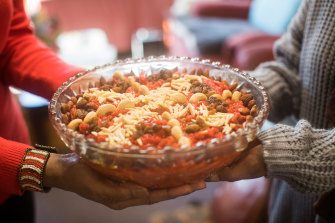 “I wanted to bring the sweetness because COVID had enough negativity, everybody was depressed, so I wanted something sweet, so that you bring the endorphins,” Ms Gupta said.

She was overjoyed when her recipe was selected to be part of the cookbook. “Honestly, when I’m cooking it’s like I am having sex, that’s the kind of pleasure I have. And when people eat it, and they feel satisfied I’m on top of the world.”

Ms Gupta said taking part in the cookbook has helped her meet people in the housing estates.

“I was feeling so lonely … I had no friends, no relatives, and I absolutely knew nobody and being in this community, being creative by nature, it has really helped me.”

Ms Abdalla said the residents who contributed were thrilled to see the recipes they cooked in their own kitchens published in the book. “One hundred per cent the project was successful,” she said.

The launch of Cooking, Recovery and Connections was scheduled for late May, but Victoria’s latest lockdown meant it had to be postponed until next month.

Meanwhile, the cookbook can be downloaded here.