KIDS are using vets or sewing up their own knife wounds to avoid going to hospital, campaigners have warned.

Teens are scared to go to hospital for fear of cops being called which could see them being arrested or investigated. 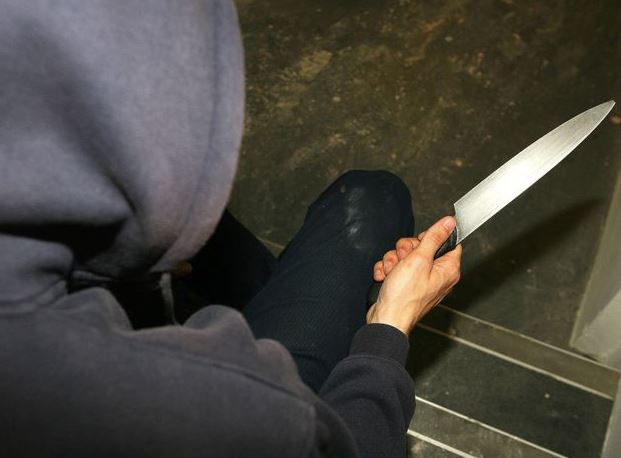 More than 1,000 10-19 years were admitted to hospital with knife wounds last year.

But with doctors often expected to call cops when they see a stab victim, many teens decide to risk self-medicating rather than going to A&E.

Danny O’Brien, who founded Anti-Knife UK, told the Sun Online: “There is a cottage industry of gang members using somebody who can stitch a wound without that gang member going to hospital.

“Gangs will use a trusted person who they will pay off or a parent who works in a hospital, or even a vet. It’s a case of getting hold of sewing material and somebody with medical knowledge.

“This practice goes back many years but it’s likely to grow while knife crime and gun crime continues to rise across the country."

Frontline workers who deal with gang violence in Nottingham say they know people who have paid a vet to treat a stab wound.

The Royal College of Veterinary Surgeons said vets were not legally allowed to prescribe medicines for humans, but it did not have specific advice on whether they could treat wounds.

Mr Baz, who runs an anti-knife crime programme, told the BBC: "They've got to get healed, they've got to get stitched and they know if they go to hospital, they're going to get police involvement."

Another gang leader in Wolverhampton told the Huffington Post: “Vets are private businesses and so you can come to a financial arrangement with one if he’s willing to help.

“They tend to have the surgical equipment on hand because they tend to carry out more surgery than a GP would.

“I’ve also heard of vets and medic students at university being threatened with violence to stitch someone up.”

Former gang member Stefan Brown, who runs ‘Stop Our Kids Being Killed On Our Streets’ told LBC he had seen teens stitch themselves up dozens of times.

He said: “One day a kid is going to die because he’s sewn up his own wound in his bedroom, and it’s got infected or he’s got internal bleeding.

“All because he’s too scared to go to the hospital, and that can’t be right.”

He said kids douse the wound in rum or vodka, tie some thick cotton to a sharp hooked needle which is about two inches long and then sew up their own (or their friend’s) stab wounds.

Youth worker Paul McKenzie said: “What you're finding is – and this has come out of the mouth of a few young people I've spoken to – that teenagers actually know people who can stitch [their wounds] up.

"A lot of the knife crimes are not reported because nobody wants to be involved with the police."

Mr McKenzie said as well as the fear of 'snitching' there is a lack of faith an investigation will lead to a prosecution.

One medic, who asked to remain anonymous, said he charged £300 to stitch up a man who had been stabbed in the leg multiple times.

He said: “I’m a qualified physiotherapist and have good basic knowledge of anatomy, but I’ve never worked in the medical industry full-time.

“A few months back I was called by a friend who asked if I could treat a man who’d been seriously stabbed in the leg.

“They brought him to my house in the early hours and I wiped him down with antiseptics and gave him a sedative before stitching his wounds, which were close to a main artery.”

Guidance from the General Medical Council says police "should normally be informed" if a person comes to hospital with a gunshot or wound from a knife.

However doctors can decide not to call police if they think no one other than the patient is at risk and that contacting cops may cause more harm or distress.

In schools kids are being taught how to stem bleeding and deliver first aid to knife-crime victims.

Pupils in areas where knife crime is rife are being told what to do if someone has been stabbed.

The charity behind the scheme, Street Doctors, uses role play and visual props to explain the science behind blood loss.

One of the reasons why violence has spread is because of the brutal “county lines trade” where urban dealers force children and other vulnerable people to take drugs to customers in more rural areas.

More than 1,500 county line gangs are believed to operate in Britain, making an estimated £1.8billion annual profit between them.

In London itself, gang warfare is increasingly being driven by a ruthless battle to control the drugs market in a move away from “postcode wars”.

Meanwhile campaign groups said cuts to youth facilities has left disillusioned kids with nowhere to hang out, while cuts to front-line policing has seen the number of bobbies on the beat tumble.