Scott Marsden, from Sheffield, collapsed in the final seconds of the fifth round of a fight in Leeds in March 2017

A 14-year-old kickboxer died due to a rare medical ‘fluke’ when a blow to his chest caused a cardiac arrest during a championship bout, an inquest heard today.

Scott Marsden, from Sheffield, collapsed in the final seconds of the fifth round of a fight in Leeds in March 2017.

Consultant paediatric pathologist Kerry Turner told the coroner that Scott died from commotio cordis, which is a rare disruption of the heart’s rhythm caused by a direct blow at a specific moment in the heart beat cycle.

Dr Turner said this condition is rare because it has to have three elements – the impact, the location directly over the heart and the right timing in the heart’s cycle.

She told the inquest in Wakefield, West Yorkshire: ‘It is a tragic fluke that all three things line up in the correct way.’

She said: ‘For all these things to line up in the right way is very rare.’

The pathologist said Scott had no pre-existing heart defects. But she said her conclusion was a ‘diagnosis of exclusion’ because she could find no other explanation for why the teenager went into cardiac arrest.

The inquest heard that Scott had been training as a kickboxer since he was four or five and competing since he was eight.

Scott’s mother, Jo, said in a statement read to the court that her son ‘had a heart of gold who would do anything for anyone.’ 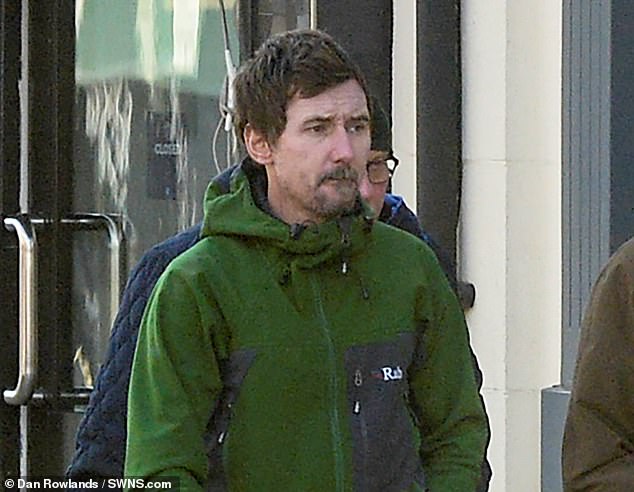 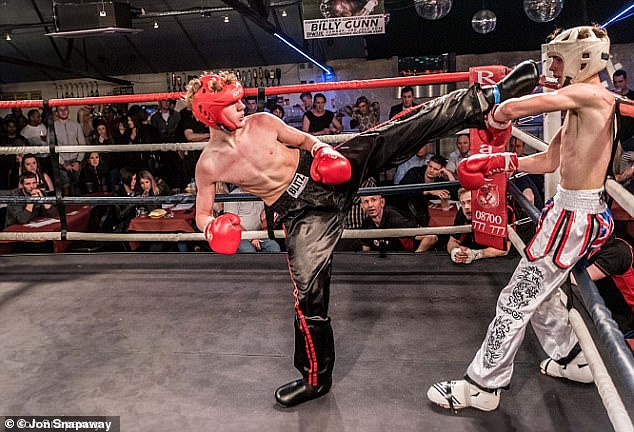 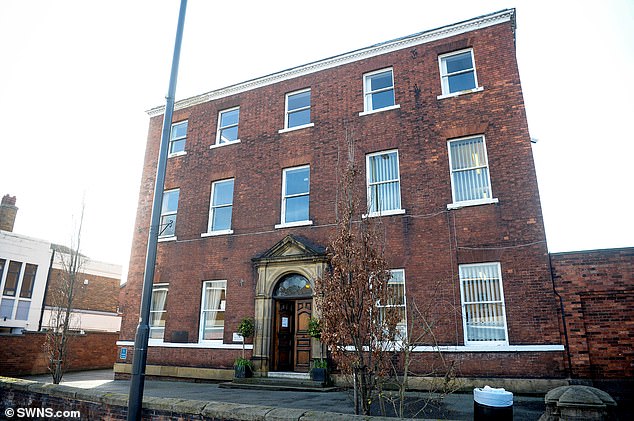 Consultant paediatric pathologist Kerry Turner told the coroner at Wakefield Coroners Court (pictured) that Scott died from commotio cordis, which is a rare disruption of the heart’s rhythm caused by a direct blow at a specific moment in the heart beat cycle

Paul Lynch told the inquest it was the fourth event he had put on at his Leeds Martial Arts College, in Morley, but the first which was ‘full contact’.

He said a private medical team was at the event which he sourced from an organisation called TopCat.

WHAT IS  COMMOTIO CORDIS?

Commotio cordis is when a sudden blunt impact to the chest causes sudden death without damage to the ribs, sternum or heart and without underlying cardiac problems.

More than 224 cases have been reported to the US Commotio Cordis Registry since 1995, and the survival rate is 24 per cent.

Commotio Cordis is a primary arrhythmic event that occurs when the energy generated by a blow is confined to a small area of the heart -called the precordium – generally over the left ventricle.

It profoundly alters the electrical stability of the myocardium, the muscular wall of the heart, which contracts and relaxes in the process of pumping blood.

This results in ventricular fibrillation, the most serious cardiac rhythm disturbance whereby the heart quivers instead of beats, disrupting the functioning of blood pumping.

Sometimes triggered by a heart attack, ventricular fibrillation causes blood pressure to drop, cutting off blood supply to the vital organs such as the brain.

Commotio cordis events have most happened in sports, and so the phenomenon has become more well known to the sports communities and physicians.

It is thought that the stiffening of the chest wall contributes to the decrease in incidence in older individuals, and possibly because not many older people play ball related sports.

And said a doctor he had used for pre-fight checks at previous events was at the event only in a social capacity and she was heavily pregnant at the time.

Mr Lynch told the inquest: ‘I was under the impression I was booking a team of paramedics’.

He described how he was the MC of the event and witnessed Scott slump onto the ropes and was caught by the referee before he hit the ground.

Jon Green, who was the UK president of the WKA and a judge on the night, said he also witnessed Scott fall following a spinning kick by his opponent, who was not named in court.

Mr Green said he thought the final kick hit Scott on his shoulder.

He said the competition rules stated that a ‘physician’ should be present at bouts.

Mr Green said he thought the doctor referred to by Mr Lynch was ‘there in an official capacity’.

He said: ‘I had no reason to question that.’

The official told the inquest he thought the NHS ambulance called to the scene took 40 minutes to arrive and questioned official Ambulance Service figures that a crew arrived in 21 minutes.

He said that, when the ambulance arrived, the crew seemed ‘in no rush whatsoever’.

Scott was transported to Leeds General Infirmary from the event venue but died there the next day.

Ian Furber, an emergency medical technician with TopCat, was asked by Scott’s father whether he thought he was out of his depth when he treated Scott before the NHS team arrived.

Mr Furber said he did not. He said that at no time did he tell anyone he was a paramedic.

Prior to his death Scott had been training and competing four or five times a week at Marsden’s All Styles Kickboxing, which was run by his uncle and his father Simon.

He represented England on the international stage and won gold at the 2015 world championships.

The inquest was adjourned until Tuesday when it is expected to conclude.

The deputy medical director for the Yorkshire Ambulance Service, Dr Steven Dykes, said the service had investigated its response to the 999 call.

He said the call was initially graded as ‘purple’ which meant the target response time for an ambulance was eight minutes.

He said the call was re-graded to the less urgent ‘amber’ as the ambulance was travelling, but he said this would not have affected its arrival time as it was already on its way.

But Dr Dykes said one recommendation which had been implemented was for call handling staff to be less rigid when asking pre-determined questions about whether someone was breathing.

During her questioning of Dr Dykes, Scott’s mother, Jo, said: ‘It would be a real tragedy if this wasn’t picked up earlier because the wrong word was used.’

Dr Dykes confirmed that dispatchers were told by a 999 caller that Scott was being treated by four paramedics when, in reality, it was the staff from the private medical services organisation who were not paramedics.

Earlier, consultant in emergency medicine Paul Onion told the inquest how he arrived at the scene after 11pm as part of a specialist cardiac arrest team.

He said he inserted a tube into Scott’s airway and gave him adrenaline.

The doctor said the teenager’s heart did start beating again after this, but he could not be sure if this was due to his actions.

Asked by Scott’s family if the outcome would have been different if he had been there earlier, Dr Onion said: ‘It’s not possible to say. I know that’s not a great answer from the family’s perspective but I don’t know.’