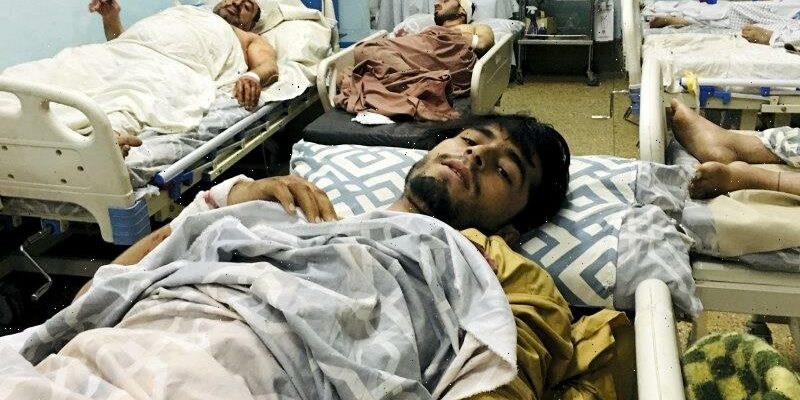 US President Joe Biden stood in the East Room of the White House, looked directly at the cameras and with clear emotion declared: “To those who carried out this attack, as well as anyone who wishes America harm, know this: We will not forgive. We will not forget. We will hunt you down and make you pay.”

His remarks came after bombers from a terror group called Islamic State Khorasan (IS-K) killed scores of Afghans, including women and children, and at least 13 US marines near Kabul airport. It was a bloody and appalling assault by a group well known for its hardline views and deadly tactics. It also underscored broader problems that go beyond the chaotic withdrawal of Western forces from Afghanistan.

For all Mr Biden’s tough talk, and America’s enormous military apparatus, the latest suicide attack showed once again how easily a relatively small but fanatical terror group can inflict carnage. Twenty years of military action by America and its international partners, including Australia, aimed at quashing terrorism has inflicted major tolls on al-Qaeda and Islamic State, killing many of their fighters and leaders and largely preventing them from holding territory and launching attacks in Western countries.

But both groups have proved able to adapt, evolving into more diffuse organisations with offshoots such as IS-K. For all the threats from Mr Biden, IS-K is not expected to take a backwards step any time soon.

In Afghanistan, the latest attacks also serve as a preview of a new round of violence expected to erupt within the country. According to a UN report published in June, while the “Taliban and al-Qaeda remain closely aligned and show no indication of breaking ties”, the Taliban and IS-K are rivals that are in a contest to fill the power vacuum that exists in many parts of Afghanistan. 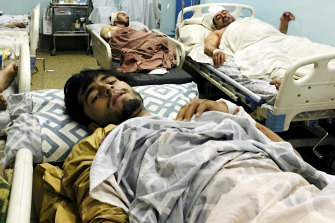 Wounded Afghans lie in hospital after the deadly explosions outside the airport in Kabul.Credit:AP

This was made clear when at least 28 members of the Taliban were among the people killed in the explosions outside Kabul airport, a Taliban official told Reuters on Friday. “We have lost more people than the Americans,” the official said.

IS-K was created six years ago by disaffected Pakistani Taliban, and has carried out dozens of attacks in Afghanistan this year. The K stands for Khorasan, a geographical region which under the Abbasid caliphate from the 8th to the 13th centuries took in parts of what is now Afghanistan, Iran, Pakistan and Central Asia.

The group considers the Taliban, who negotiated with Washington over the withdrawal of troops and have established ties with China and Russia, to be corrupted and views their commitment to an Afghan state as un-Islamic. According to intelligence sources, an appalling example of the extreme nature of IS-K involved an attack in May on a Kabul girls’ school in which 68 people were killed and more than 165 injured.

The Age’s US correspondent, Matthew Knott, believes the fatal attacks have also had two seemingly contradictory consequences. They justify Mr Biden’s determination to take US troops out of Afghanistan as soon as possible and they reinforce existing perceptions of a botched withdrawal.

In Australia, the Morrison government must have been thankful it had pulled out all its Defence and Foreign Affairs staff just before the Kabul attacks. Prime Minister Scott Morrison said on Friday that Australia had evacuated 4100 citizens and Afghans with Australian visas over nine days but opportunities for getting anyone out of the country now “will be very restricted”.

For all the angst over the geopolitical fallout that the collapse of the Afghan government has triggered, Mr Morrison’s comments reflect a tragedy that will haunt many Western nations. It is likely thousands of Afghans who spent years helping Western forces will be left to fend for themselves, hoping they can avoid retribution from the Taliban and, as the latest bombings showed, even more violent groups.

A reflection of their desperation to get out of the country was shown by their willingness to continue gathering outside Kabul airport despite clear and credible warnings a terror attack was imminent. The fall of the Afghan government is a stark reminder that the war on terror is a long way from complete, but for the larger Afghan population the continuing violence marks another fraught chapter in a country that has already endured so much conflict.