Mother who claims her son, 44, is Julio Iglesias’s lovechild leaves court smiling after paternity hearing is told there is strong evidence the singer IS the father, even without a DNA test

The mother of a man who claims to be Spanish singer Julio Iglesias’s lovechild left court smiling today as the long-running paternity suit took a step closer to a conclusion.

Maria Edite Santos believes her son, Javier Sanchez Santos, was born as the result of a brief affair with the crooner in 1975.

At a court hearing in Valencia today, she called on the singer to take a DNA test, which he has always refused to do.

According to El Pais, the court heard that Sanchez, the alleged lovechild, was born nine months after Iglesias spent a week with Portuguese ballerina Edite. 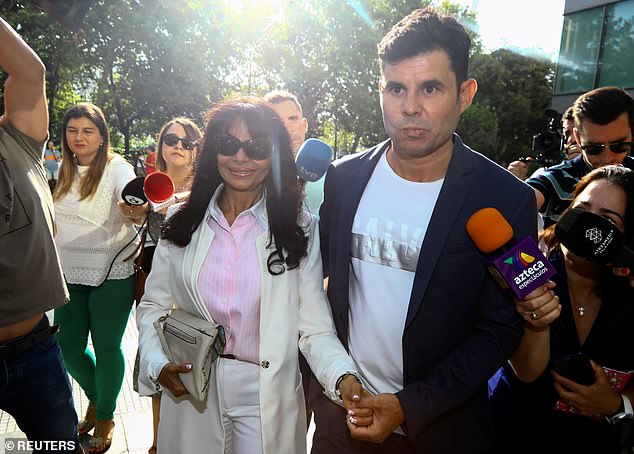 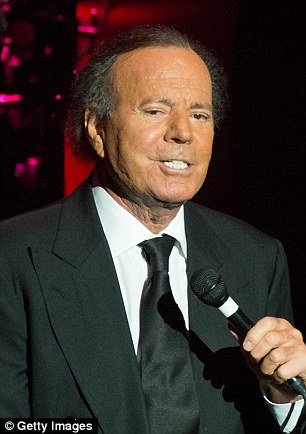 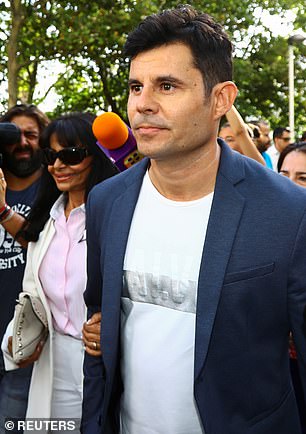 Similarity? The court heard that there was a striking resemblance between Julio Iglesias (left) and his alleged lovechild Javier Sanchez (right)

Sanchez’s lawyers also say that the ‘great physical resemblance between father and son’ is a clue towards their client’s true parentage.

In addition, they say it has been proved by DNA that he is not the son of Edite’s then-husband, whose name was Sanchez.

In other words, his father must be someone else – but Iglesias, now 75, has long refused to have the test to prove whether it is him.

Leaving the courtroom, a smiling Edite called on Iglesias to have the DNA test and acknowledge ‘a wonderful son I am very proud of’.

Sanchez’s lawyer said the court could reach a decision within ‘a few days’, saying he was confident of victory in the case.

If the court rejected the paternity claim, Sanchez could still pursue it to the European Court of Human Rights, the lawyer said. 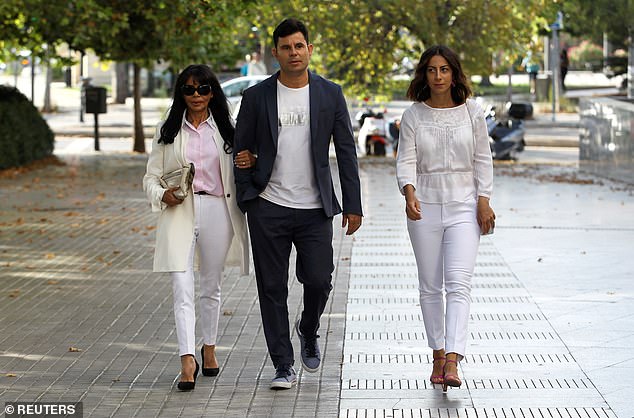 It might end up there either way, as Iglesias might dispute a ruling against him, he said.

Sanchez won a court ruling in his favour as long ago as 1992, declaring that Iglesias was his biological father.

But that ruling was later overturned, and Iglesias’s lawyers argue that the case cannot be examined again.

Known for his romantic ballads and a prolific love life, Iglesias has sold over 300million albums in his decades-long career.

He has been married twice, to Spanish socialite Isabel Preysler with whom he had three children, and to Miranda Rijnsburger, his current wife with whom he has five others.

‘Don’t ask me how many brothers I have, I don’t even know myself,’ his son Julio Jr said in 2018 on television.