Julian Assange has rejected a ‘deal’ to leave Ecuador’s London embassy after the country said Britain had guaranteed not to extradite him to ‘any country where he’d face the death penalty’.

The 47-year-old WikiLeaks founder has been holed up under asylum inside the embassy since 2012 when he was accused of sexual assault by two women in Sweden.

The Australian denied their claims but refused to travel to Sweden to face them, saying it was part of a ruse to extradite him to the US.

Yesterday, Ecuador’s president Lenin Moreno said conditions had been met for Assange to leave the embassy ‘in near-liberty’ and that Britain had guaranteed the whistleblower would not be extradited to any country where his life would be in danger.

But a lawyer for Assange, who was behind a massive dump of classified US documents in 2010, has since said the deal is not acceptable. 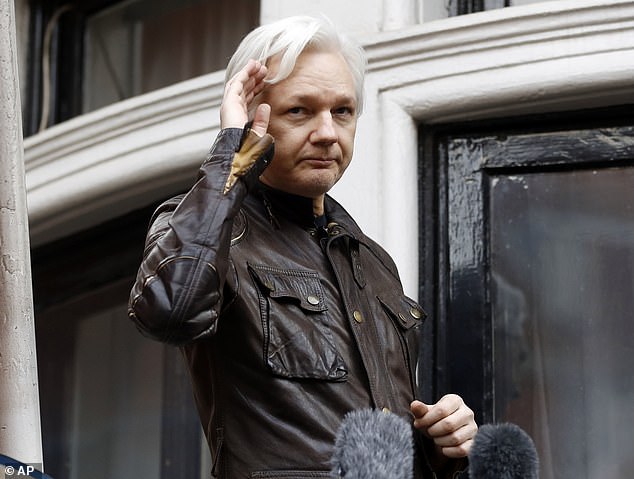 Barry Pollack told the Daily Telegraph: ‘The suggestion that as long as the death penalty is off the table, Mr Assange need not fear persecution is obviously wrong.

‘No one should have to face criminal charges for publishing truthful information.

‘Since such charges appear to have been brought against Mr Assange in the United States, Ecuador should continue to provide him asylum.’

On Thursday, President Moreno told reporters: ‘The way has been cleared for Mr Assange to take the decision to leave in near-liberty.’

It was not immediately clear what Mr Moreno meant by ‘near-liberty.’

He did say that Britain had guaranteed that the Australian would not be extradited to any country where his life is in danger.

Mr Moreno said his government had received written assurances from the UK government that they not to extradite Mr Assange to any country where he would face the death penalty.

He did not say he would force Mr Assange out, but said Mr Assange’s legal team is considering its next steps.

Mr Assange has long maintained the he faces charges under seal in the US for revealing highly sensitive government information on his website.

While the exact charges against Assange remain unclear, WikiLeaks has served as a vehicle for release of thousands of classified US military and diplomatic cables. 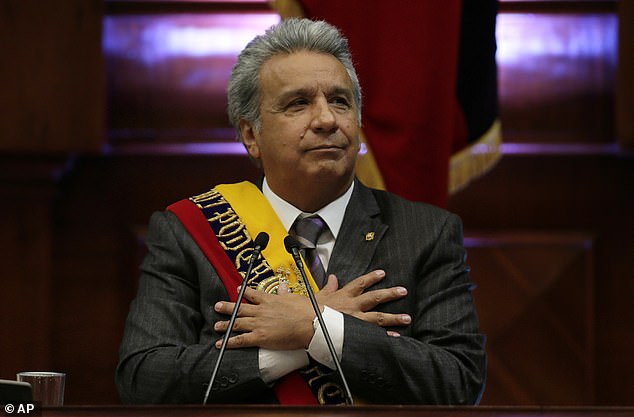 WikiLeaks’ role in releasing emails hacked from the Democratic National Committee in 2016 has also been under scrutiny as special counsel Robert Mueller has investigated Russian interference in the 2016 election and whether the campaign of then-presidential candidate Donald Trump was involved.

And while Mr Assange remains protected in the Ecuadorian embassy, there have been indications that officials in that country are losing patience with him.

They recently placed restrictions on his use of the embassy, including a requirement that he clean up after his cat.