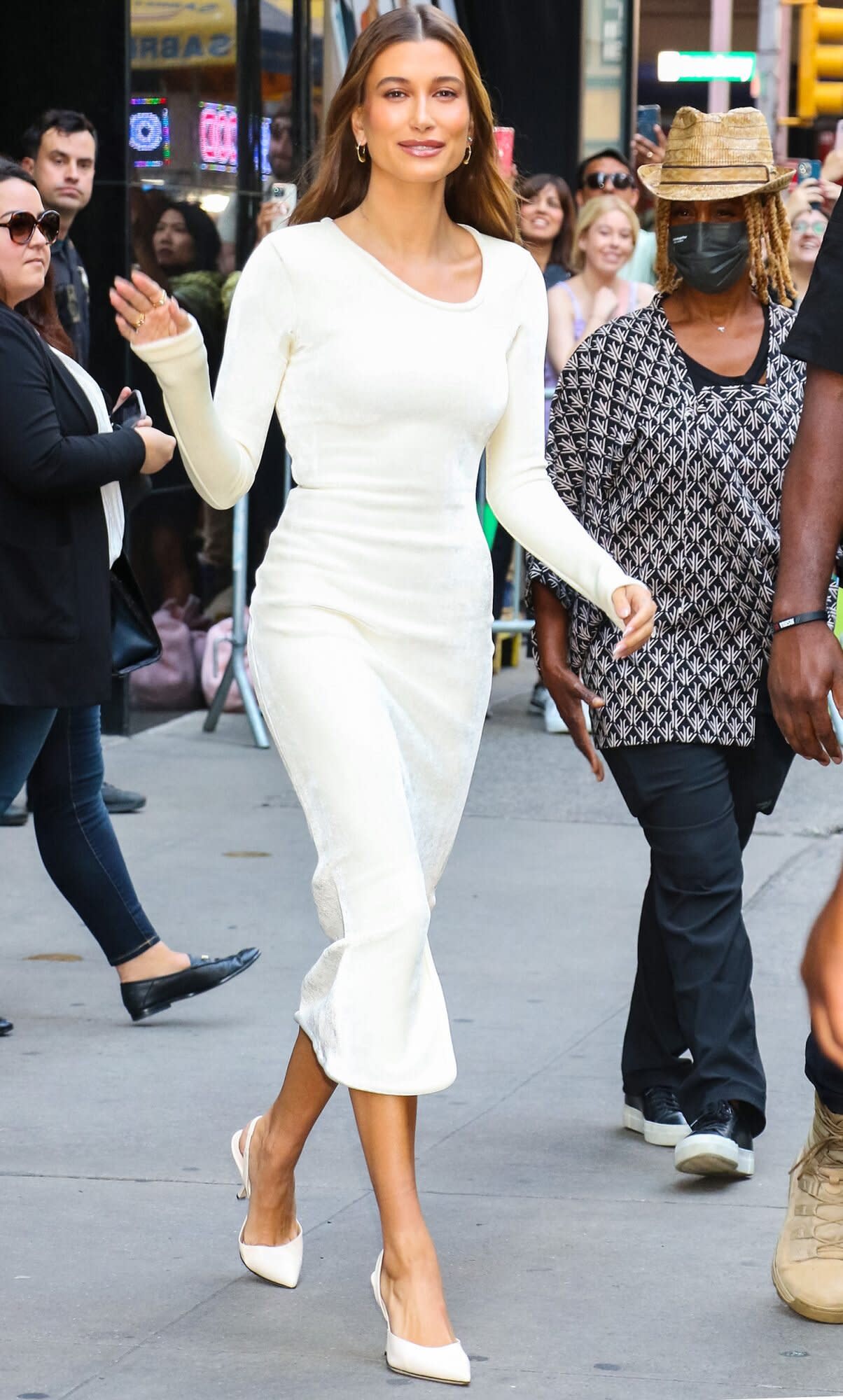 Hailey Bieber and her beauty brand Rhode are trekking ahead of their legal battle.

On June 21, only days after the launch of Bieber’s debut skincare line, the model, 25, was sued for trademark infringement by a clothing brand of the same name (though stylized as RHODE).

RHODE cofounders Purna Khatau and Phoebe Vickers asked the U.S. District Court for the Southern District of New York for a preliminary injunction ordering Bieber to stop using “rhode” for her brand, according to documents provided to PEOPLE. They also asked her to change the name of her brand, as per a statement given to PEOPLE.

However, a judge has ruled in Bieber’s favor. On July 22, her company filed an emergency letter motion related to the making of rhode, a documentary on the brand that was released on Bieber’s YouTube channel that day.

As per documents obtained by E! News, Bieber submitted the video to the court for review and, after viewing, the judge “denied the group’s motion for a preliminary injunction without prejudice,” allowing Bieber and her team to release the video as the lawsuit continues.

In the 17-minute YouTube video, Bieber touches upon the inspiration behind her brand’s name, saying, “I always knew I wanted to create a brand around the name ‘Rhode’,” which is also her and her mother’s middle name.

“We are pleased with the court’s thorough order denying plaintiff’s motion to preliminarily enjoin Hailey’s new company and skincare line,” Bieber’s family lawyer, Michael Rhodes, said in a statement given to E! News.

In a statement provided to the outlet, a spokesperson for the skincare brand also clarified that the ruling “is simply a decision by the judge not to prohibit Hailey Bieber’s skin care line from using our brand name while litigation proceeds, deferring the ruling until we have the opportunity to gather more evidence.”

They also shared that they “remain confident” in winning the case. 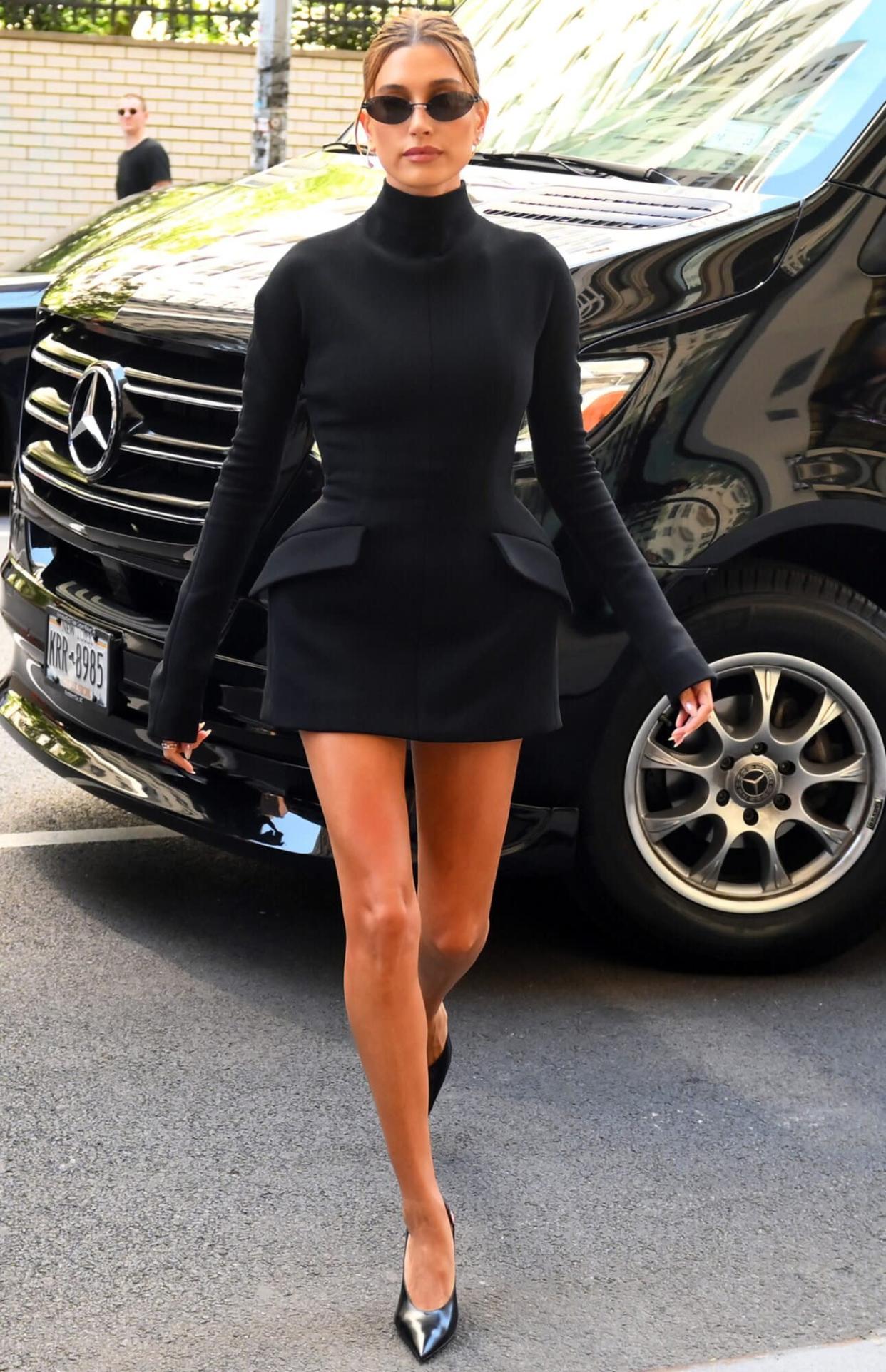 In the filing made last month, Khatau said she and Vickers have “dedicated ourselves to growing and nurturing the RHODE brand through much personal sacrifice and hardship,” since founding the company in May 2013.

She also stated that they are looking to expand their RHODE trademark, which they own, to makeup and skincare and have already filed applications for household items. The name is currently used for clothing and accessories.

The lawsuit showed concerns over both of the brand’s Instagram handles as well, noting that shoppers have tagged Bieber’s @rhode Instagram instead of RHODE’s @shoprhode when sharing photos of celebrities wearing the clothing line.

Allegedly, the former handle was promised to the fashion designers since it was “dormant per Instagram policy, but after initially promising it to us, Instagram decided to allow Ms. Bieber to use it even though it had no posts until June 8, 2022.”

Never miss a story — sign up for PEOPLE’s free weekly newsletter to get the biggest news of the week delivered to your inbox every Friday.

On the day of the lawsuit’s release, Khatau and Vickers shared a statement on the brand’s Instagram, writing, “Today, we were forced to file a lawsuit against Hailey Bieber and her new skin-care line that launched last week and that is using the brand ‘rhode.’ We didn’t want to file this lawsuit, but we had to in order to protect our business.”

They added that they “admire” Bieber and would rather “celebrate” her accomplishment, noting however that her skincare brand is “hurting our company, our employees, our customers, and our partners.”