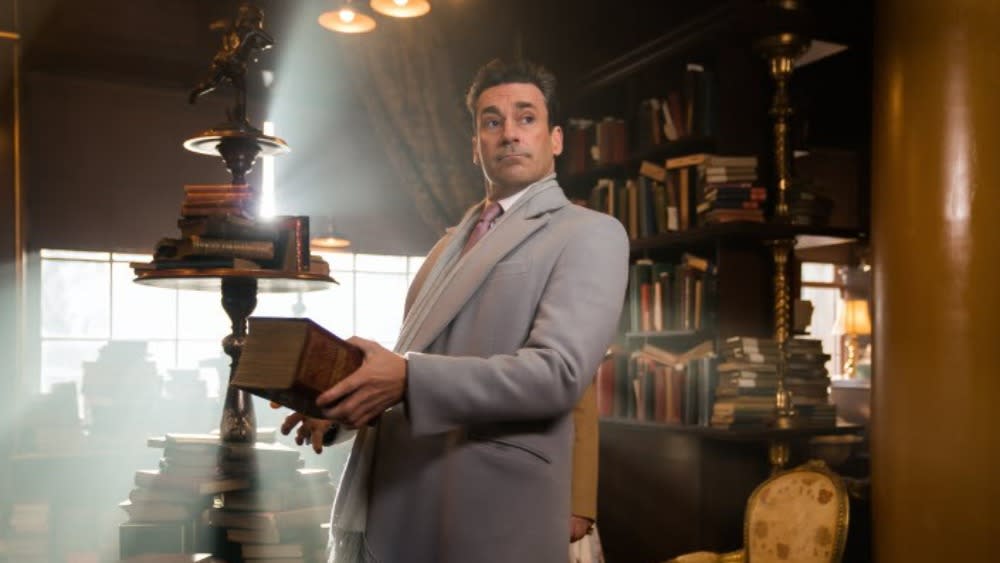 Hamm will reprise the role of Archangel Gabriel in the series, which is currently in production in Scotland.

They will be joined by new angels Liz Carr (“Devs”) who plays Saraqael and Quelin Sepulveda (“Havoc”) as Muriel. Shelley Conn (“Bridgerton”) also joins as a “key character from Hell.”

“Good Omens” is based on the book of the same name by Terry Pratchett and Neil Gaiman. Season 2 will explore storylines that go beyond the original book, including a closer look at the friendship between “fussy angel” Aziraphale and “fast-living demon” Crowley.

“’Good Omens 2′ just would not be the same without the astonishing Jon Hamm as Gabriel, everyone’s worst boss,” said writer and co-showrunner Neil Gaiman in a statement. “The story that Terry Pratchett and I created all those years ago continues to take us from London’s Soho into Heaven and Hell. It’s a delight for me to bring back characters we loved (or hated) and bring in new characters, from the shiniest top floors of Heaven to the dankest basements of Hell, to love (or to hate, or to love to hate or hate to love). All of them are part of the strange and unusually beloved family of ‘Good Omens.’”