Celebrities are celebrating history after the Senate confirmed Ketanji Brown Jackson to the U.S. Supreme Court Thursday, making her the first Black woman to sit on the bench as a Supreme Court justice.

Jackson also makes history as the first federal public defender to sit for the lifetime appointment.

Once the news spread of her confirmation, celebrities took to social media to commemorate the special moment, using the hashtags #SheWillRise and #InKBJWeTrust. 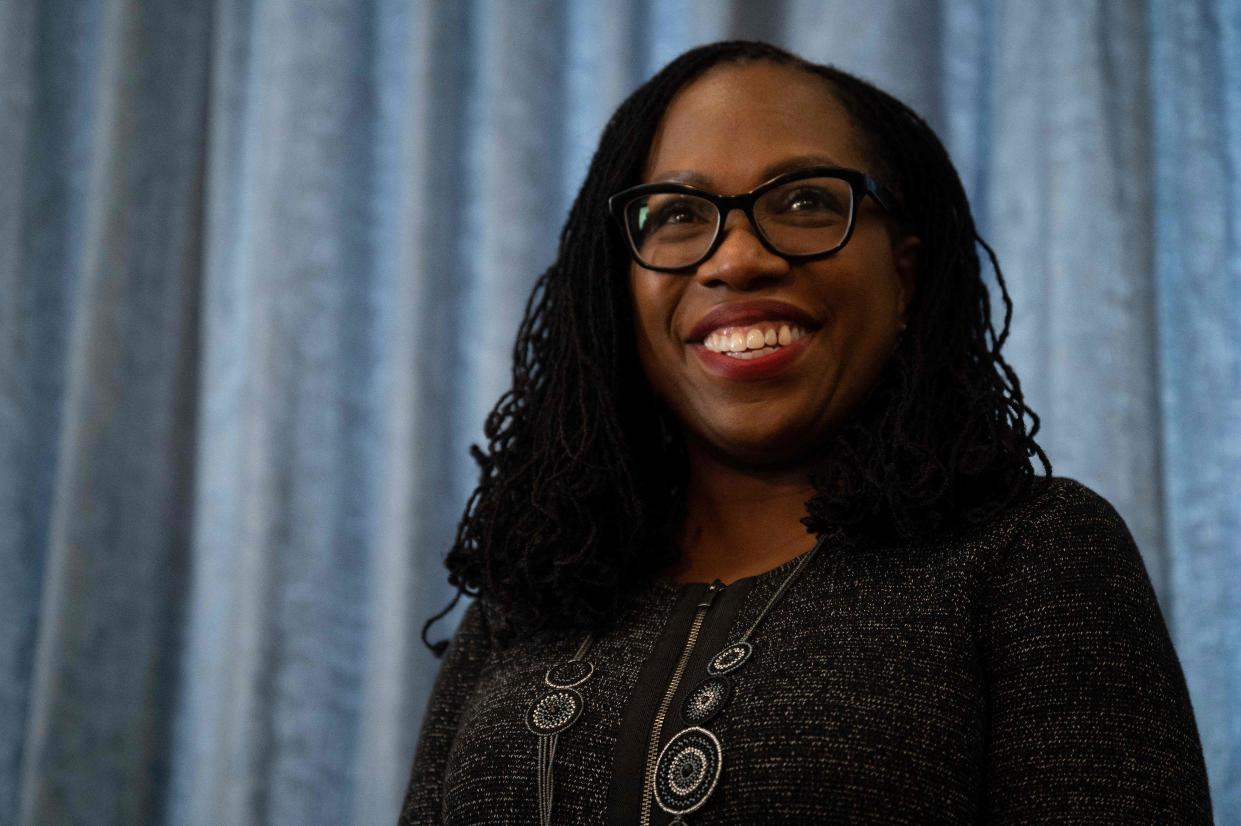 "Introducing JUSTICE Jackson.. the First Black Woman to ever serve on the Supreme Court," Mariah Carey wrote on Twitter.

Introducing JUSTICE Jackson.. the First Black Woman to ever serve on the Supreme Court 👏🏾👏🏾👏🏾 #SheWillRise#[email protected]/TOQgQF4fkm

John Legend tweeted his congratulations calling the moment a "historic and well-deserved ascension to our nation’s highest court."

"This is a monumental moment in our nation’s history! Judge Ketanji Brown Jackson is now the first Black woman in SCOTUS’s 230-year history to be confirmed as a SCOTUS Justice. KBJ we see you and we celebrate you," Eva Longoria posted on Twitter.

"There have been 115 Supreme Court Justices, but there has never before been a Black woman appointed to the highest court of the land. Until now…and my heart swells," actress Alyssa Milano wrote on Instagram. "Congratulations, Justice Jackson."

"Congratulation to JUSTICE Ketanji Brown Jackson on her elevation to the nation’s highest court. Well deserved, and well past time," George Takei wrote on Twitter.

Rosario Dawson tweeted that she was "still reeling from the magnitude of today," as she sent congratulations to Jackson.