You can’t make up the rules here John! Speaker of the House of Commons Bercow enjoys a day away from Brexit by watching Roger Federer at Wimbledon

He even wore a t-shirt emblazoned with the tennis legend’s initials as he watched him beat Lucas Pouille in the third round.

Bercow’s appearance at Wimbledon comes five days after he rejected the latest attempt from Remainer MPs to block a No-Deal Brexit.

But despite taking a break from Brexit, the Speaker seemed more on edge than ever, going through a range of emotions while watching Federer book his place in the fourth round.

And Bercow looked starstruck as the Swiss star walked near him signing autographs after his win with footage showing him telling Federer:  ‘We love you.’ 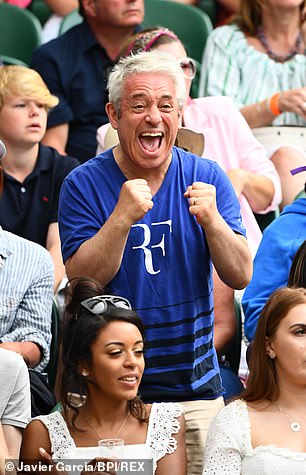 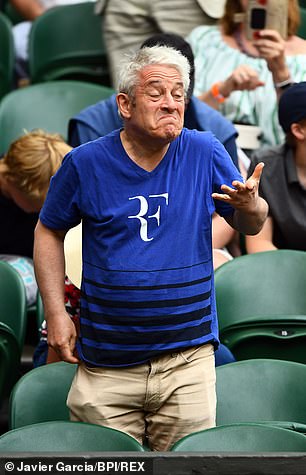 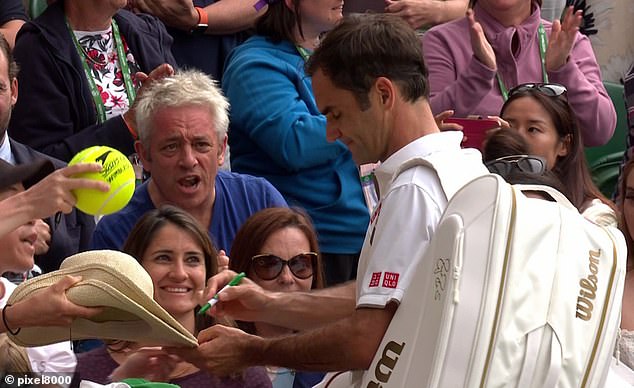 As Federer signed autographs after his victory, the Speaker appeared to tell him: ‘We all love you’

Bercow also stopped to take a selfie with one fan during a break in play.

The Speaker is a well-known fan of Federer and was a keen amateur tennis player himself.

In 2014, he raised eyebrows by letting slip that he had watched Federer play 65 times in just that year.

He made the comments while interviewing Federer during a stint as the Today Programmer’s guest editor.

However, the Swiss star didn’t seem to have recognised him.

His day at Wimbledon looked to be a welcome distraction from the Brexit debate. 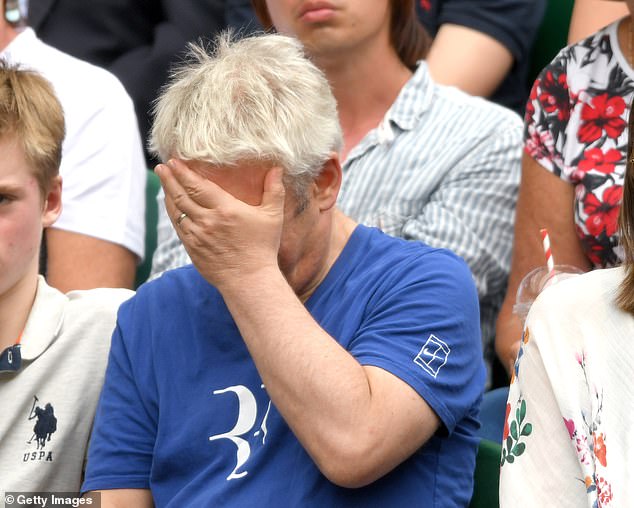 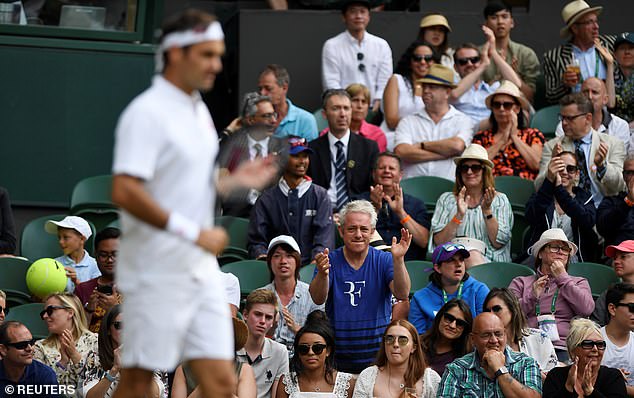 He has previously spoken about his love of Federer, saying he watched him play 65 times in 2014 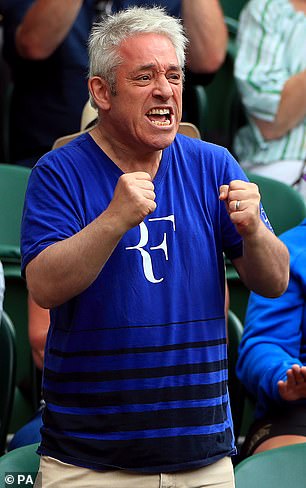 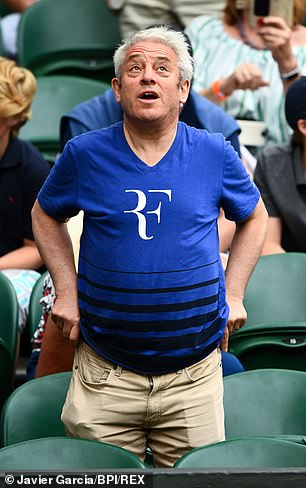 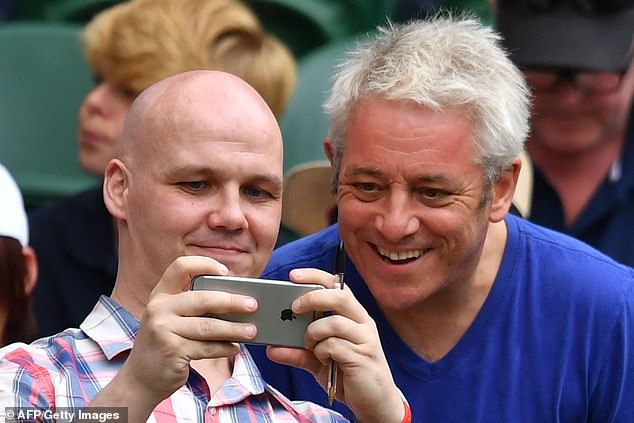 He was centre stage a few days ago as he rejected Remainer attempts to use Whitehall departmental funding as leverage to stop the UK leaving the EU without an agreement.

A cross-party group of MPs led by Labour’s Dame Margaret Beckett and the Tory Europhile Dominic Grieve had tabled amendments which would have caused a major headache for the next prime minister.

In simple terms if the amendments had passed they would have meant funding for a handful of departments being cut off if the next prime minister tried to push through a no-Deal Brexit against the will of a majority of MPs.