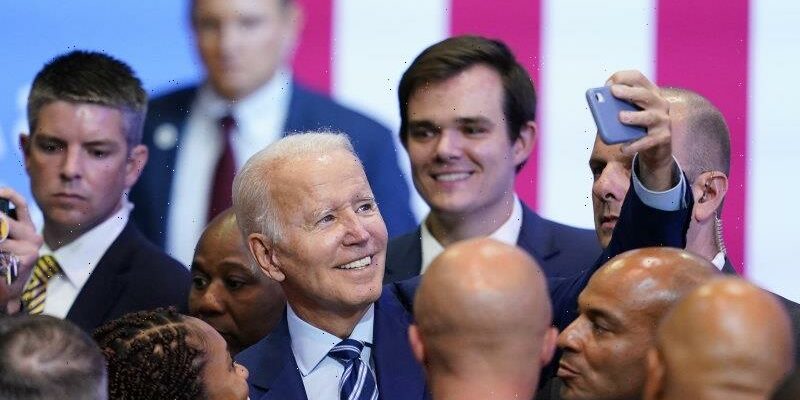 Washington: Democrats drew level with Republicans in a congressional preference poll ahead of the US midterm elections, driven by a boost to President Joe Biden’s approval rating and the political focus on abortion.

The NBC News survey of registered voters showed the parties at 46 per cent each, suggesting possible momentum for the Democrats after they trailed by 2 percentage points in a similar survey in August. The differences in party support were within the margin of error in both polls. 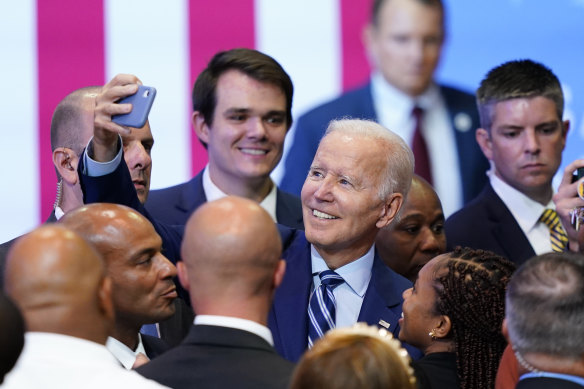 Biden made up ground with core factions of the Democratic base as his approval rating jumped 45 per cent, a 3-point increase over August and the highest since October, according to NBC. Former President Donald Trump’s favorability fell to 34 per cent, one of the lowest levels since he left office.

The GOP maintained all-time high advantages among voters on the economy, crime and border security, while Democrats hold a record advantage on abortion and double-digit edge on health care. The poll showed 61 per cent disapproving of the Supreme Court’s decision in June to overturn the federal right to abortion in Roe v. Wade, compared with 37 per cent who approve.

“There is a campaign about the economy, cost of living, crime, and border security, and Republicans are winning this campaign,” GOP pollster Bill McInturff of Public Opinion Strategies was quoted as saying.

“But there is a second campaign on abortion, democracy, and climate change, and Democrats are winning that campaign.”

The September 9-13 poll of 1000 registered voters has a margin of error of plus or minus 3.1 percentage points.

In an earlier poll, support for Biden recovered from a low of 36 per cent in July to 45 per cent, according to the Associated Press and the NORC Centre for Public Affairs Research data released last week.

A fall in petrol prices has been seen benefitting Biden. Average gas prices have tumbled 26 per cent since June to $US3.71 a gallon, reducing the pressure somewhat on family budgets even if inflation remains high.

Meanwhile, supporters of Trump have swamped local election offices across the nation in recent weeks with a coordinated campaign of requests for 2020 voting records, in some cases paralysing preparations for the autumn election season.

In nearly two dozen states and scores of counties, election officials are fielding what many describe as an unprecedented wave of public records requests in the final weeks of summer, one they say may be intended to hinder their work and weaken an already strained system.

The avalanche of sometimes identically worded requests has forced some to dedicate days to the process of responding even as they scurry to finalise polling locations, mail out absentee ballots and prepare for early voting in October, officials said.