Joe Biden wins Georgia – for at least the fourth time! Secretary of state to re-certify Donald Trump’s defeat after a count, two recounts and a first certification

President-elect Joe Biden was on the cusp of winning Georgia for a fourth time Monday, as the state’s Republican Secretary of State Brad Raffensperger said he would be re-certifying President Donald Trump’s defeat.

‘We have now counted legally-casted ballots three times and the results have remained unchnaged,’ Raffensperger said at a Monday morning press conference.

On top of those three counts, the state’s Republican governor and Raffensperger had already certified Biden’s win in the state once. 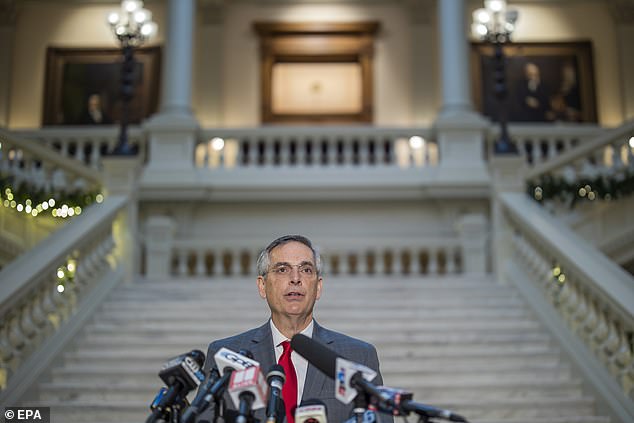 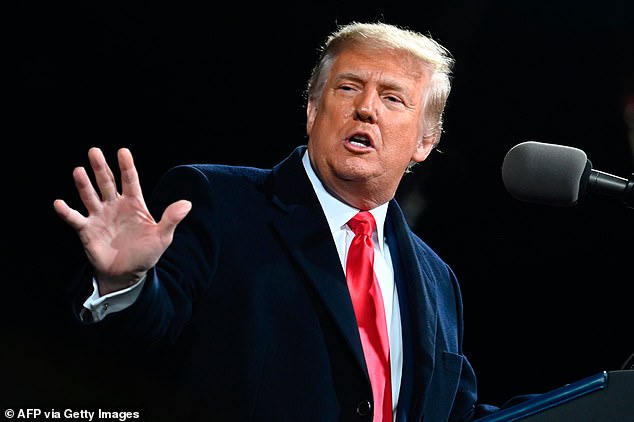 President Donald Trump, photographed campaigning in Georgia Saturday for the two Republican Senate candidates, boasted then that he had won the state, which he had not 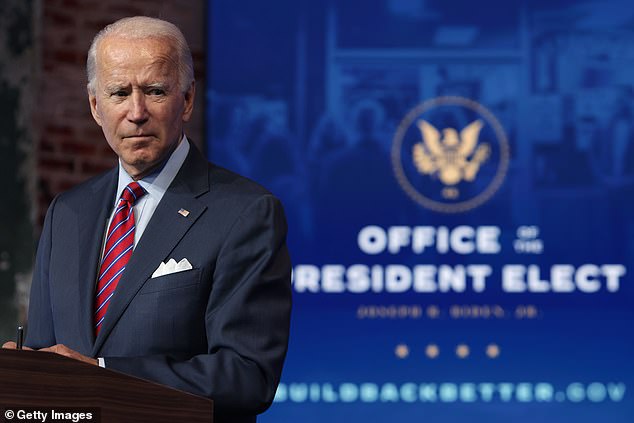 President-elect Joe Biden leads Trump in Georgia by 12,670 votes, a number that is expected to change, but not substantially enough to change the outcome

Trump continued to complain about the results in the state Monday morning, suggesting Gov. Brian Kemp should have audited the mail-in ballots, which he didn’t have the authority to do

Trump continued to complain about absentee ballots in Georgia on Monday on the heels of Raffensperger saying Biden had won again.

‘The Republican Governor of Georgia refuses to do signature verification, which would give us an easy win. What’s wrong with this guy? What is he hiding?’ the president wrote.

At the news conference, Raffensperger said Georgia will re-certify the election results Monday and then name electors to the Electoral College Tuesday.

The electors meet on December 14, a week from now, to officially elect the next president of the United States.

‘All of this talk of a stolen election, whether it’s Stacey Abrams or the President of the United States, is hurting our state,’ he also said, according to WSB-TV.

On Saturday, CNN reported that Trump called Georgia’s Republican Gov. Brian Kemp and pushed him to convince state legislators to overturn Biden’s win in the state.

The president wanted Kemp to call a special session of the state legislature, hoping Republican state lawmakers would select their own electors, thus overruling the popular vote in the state.

Kemp, according to CNN, denied Trump’s request to call a special session.

The GOP governor also said he didn’t have the authority to order such an audit.

The call was placed before Trump traveled to Georgia Saturday for a rally on behalf of GOP Senate candidates David Perdue and Kelly Loeffler.

There, Trump came onstage and boasted, ‘we won Georgia, just so you understand.’

Biden’s lead of 12,670 votes in Georgia is expected to change, but not drastically.