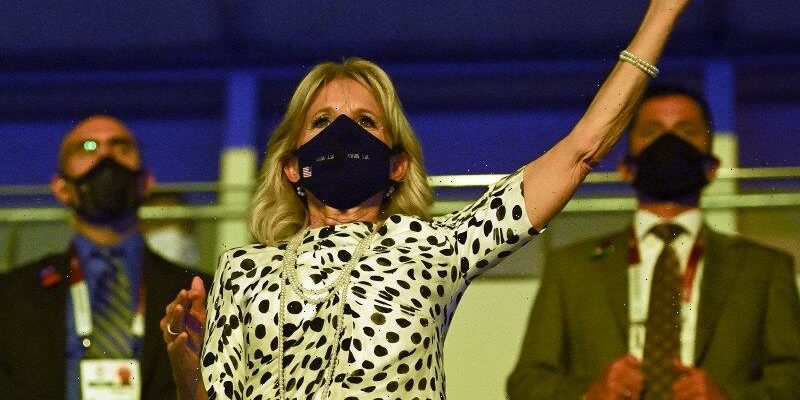 Washington: As President Joe Biden bunkers down in the US capital trying to strike a bipartisan infrastructure deal, his wife Jill is representing America on the global stage at the Tokyo Olympics.

Jill Biden’s visit to Japan is her first solo overseas trip as first lady and is intended to send a message to American athletes that, even in these COVID-constrained times, their country is still behind them.

There had been some doubt about whether Jill Biden, 70, would make the trip given the rising number of coronavirus cases in Japan over recent weeks.

But the long-time community college teacher, who is fully-vaccinated, decided to go ahead. 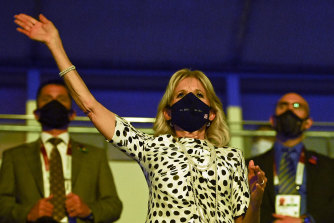 US first lady, Jill Biden waves during the opening ceremony of the Tokyo 2020 Olympic GamesCredit:Getty Images

Biden represented the US at the opening ceremony on Friday wearing a face mask and a black-and-white polka dot dress – one of fewer than 1000 spectators in the 68,000-seat stadium.

She also met with Japanese Emperor Naruhito, French President Emmanuel Macron and other world leaders at the Imperial Palace in Tokyo, and hosted a watch party at the American embassy for the US v Mexico softball match. 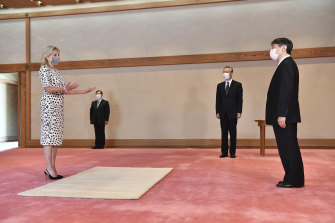 Before the opening ceremony, the first lady held a Zoom call with the athletes from Team USA, telling them: “Your entire nation is cheering you on and we are grateful for what you’ve given us: the chance to come together in common awe and appreciation for your accomplishments and the shared joy of rooting for our country on the edge of our seats.”

Striking a similar tone as her husband’s campaign rhetoric about re-uniting America, she continued: “In these moments, we are more than our cities or states or backgrounds. We are more than our jobs or our political parties. We are united. We are all, first and foremost, Team USA.” 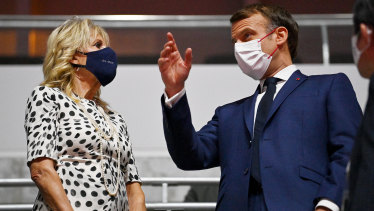 Even in pre-pandemic times, it was not unheard of for a president’s relatives to represent the country at the Olympics. Then first lady Michelle Obama led the presidential delegation to the London Games in 2012 and Donald Trump’s daughter Ivanka represented her father at the 2018 Winter Olympics in South Korea.

As well as encouraging America’s athletes, Biden’s trip to Tokyo had a more geopolitical dimension. Cancelling the visit would have been an unfortunate snub to Japan at a time when the two nations are working together to counter China’s influence in the Asia-Pacific.

In April Joe Biden hosted Japanese Prime Minister Yoshihide Suga at the White House in what was the first in-person visit by a foreign leader since his inauguration.

Describing the US as Japan’s “best friend”, Suga said the importance of the relationship had “reached new heights” because of China’s increasing assertiveness. 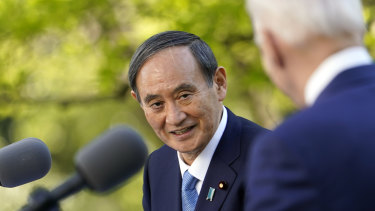 Suga said he and Biden “had serious talks on China’s influence over the peace and prosperity of the Indo-Pacific and the world at large”.

“We agreed to oppose any attempts to change the status quo by force or coercion in the East and South China Seas, and intimidation of others in the region,” he added.

By keeping her commitment to visit Tokyo, Jill Biden sent the message to China, and countries around the world, that the US- Japan alliance is strong.