Ex-Foreign Secretary Jeremy Hunt says the UK ‘is beginning to look weak’ and is being ‘pushed around’ over its failure to protect Nazanin Zaghari-Ratcliffe.

The British-Iranian dual national has been detained in Iran since 2016, when she was sentenced to five years in prison over allegations of plotting to overthrow the Iranian government.

Iranian officials claim the 42-year-old charity administrator, who worked for the Thomson Reuters Foundation, had been training people to spread propaganda against the country while running a BBC Persian online journalism course. She denies the allegations.

Mrs Zaghari-Ratcliffe has been afforded diplomatic protection by the UK Government, which argues that she is innocent. They also say her treatment by Iran failed to meet obligations under international law.

But Mr Hunt has hit out at the UK’s failure to protect Mrs Zaghari-Ratcliffe and called for consequences for Tehran over her treatment.

His call comes after the Foreign Office announced that British citizens who are wrongfully arrested and tortured overseas will have ‘no legal right to consular assistance’ or protection from the state.

Writing in today’s Times, Mr Hunt said: ‘It is not clear to me that there have been any; something that is beginning to make us look weak. 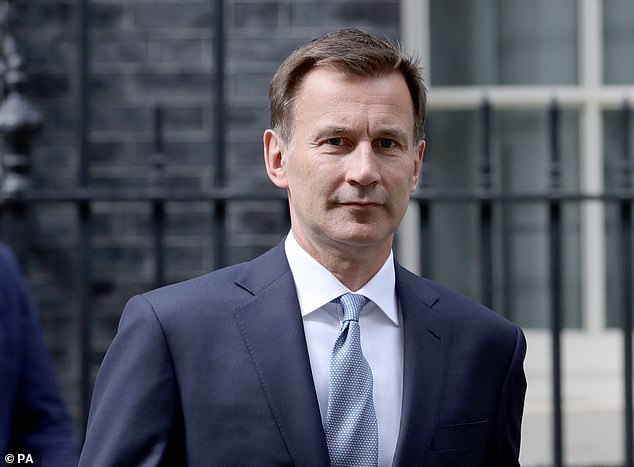 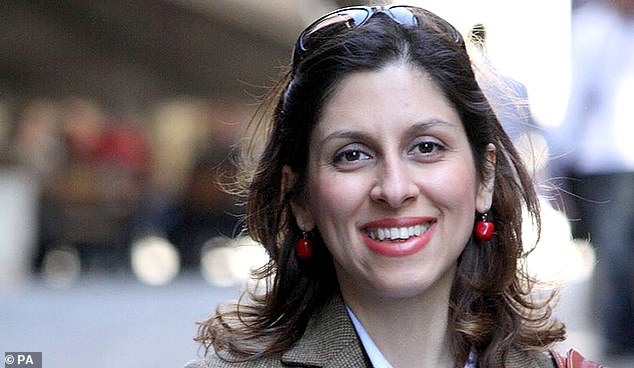 Mrs Zaghari-Ratcliffe has been afforded diplomatic protection by the UK Government, which argues that she is innocent

‘We must show the world that if you imprison a British citizen on trumped-up charges you will pay a very heavy price because Britain is a major player on the world stage and intends to remain one.

‘Allowing ourselves to be pushed around like this at the moment of post-Brexit renewal sends the opposite signal.’

Mrs Zaghari-Ratcliffe is serving home detention after being furloughed from prison in March due to the coronavirus pandemic.

Her six-year-old daughter Gabriella appeared in a 10-minute video released by Amnesty International on December 21, in which she wrote a Christmas card to Prime Minister Boris Johnson and called for him to bring her mother home. 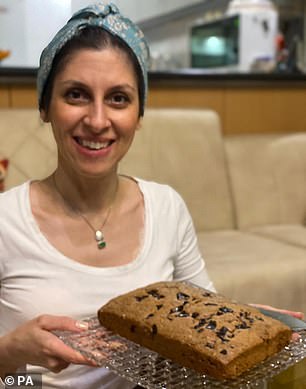 Tehran has linked both cases to a 40-year-old £400 million debt owed by the UK to Iran.

But on November 3, foreign office minister James Cleverly told the Commons the debt was not related to Mrs Zaghari-Ratcliffe’s imprisonment, adding that the Government was ‘deeply concerned’ about new charges issued against the British national.

Shadow foreign secretary Lisa Nandy at the time called on the UK Government to resolve the issue of the historic debts and called the treatment of Mrs Zaghari-Ratcliffe by Iranian officials as ‘tantamount to mental torture’.

She said: ‘Resolving this issue, which has dragged on for decades where there is a clear UK legal obligation, where the Defence Secretary has described the UK’s behaviour as ‘un-British’ and ‘obfuscatory’, holds the prospect of putting our relations with Iran on a better footing.’

Mr Hunt wrote in The Times that sanctions on Iran should not prevent repayment of the debt, which he suggested could be paid in the form of medicines.

Mrs Zaghari-Ratcliffe’s original sentence is due to end on March 7 next year, but she appeared in court in November on charges of spreading propaganda against the regime.

Her husband, Richard Ratcliffe, termed the charges ‘spurious’, saying the case presented the same evidence used when she was convicted in 2016. 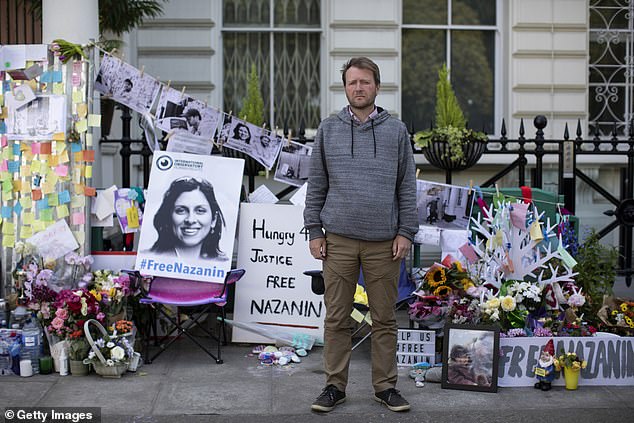 Her husband, Richard Ratcliffe, termed the charges ‘spurious’, saying the case presented the same evidence used when she was convicted in 2016 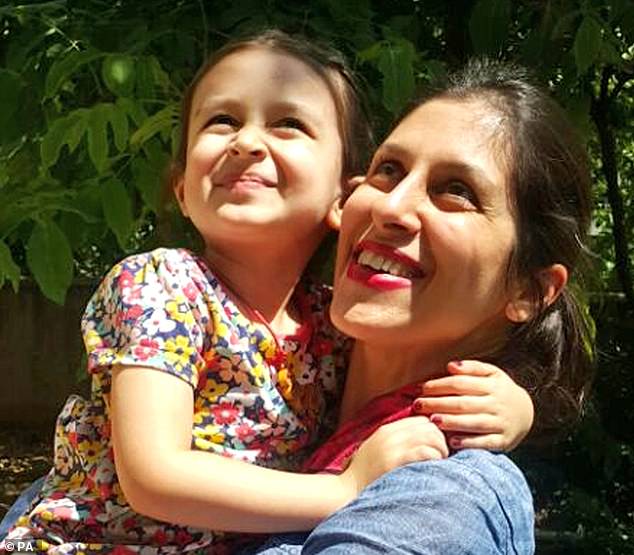 Mrs Zaghari-Ratcliffe’s (pictured with her daughter Gabriella in 2018) original sentence is due to end on March 7 next year, but she appeared in court in November on charges of spreading propaganda against the regime.

Mr Ratcliffe also said last month’s release of a British-Australian academic by Iranian authorities showed a ‘light at the end of the tunnel’.

Mr Hunt’s comments come as the Foreign Office announced British citizens who are wrongfully arrested and tortured overseas will have ‘no legal right to consular assistance’ or protection from the state.

In a letter to Mrs Zaghari-Ratcliffe’s lawyers, the Government said it was under no legal obligation to provide assistance to citizens who were falsely accused of a crime while travelling with a British passport.

In a letter seen by The Times, the head of consular affairs at the Foreign Office, Sarah Broughton, explained that the Government had no obligation to protect British citizens who had been arrested overseas through no fault of their own.

Responding to the letter Mrs Zaghgari’s Radcliffe’s lawyers wrote: ‘If it is really the government’s position that it has no obligations even in the extreme and unique circumstances of Nazanin’s case, then that sends an extremely alarming message to the rest of the British public.’

In 2019, former foreign secretary Jeremy Hunt granted diplomatic protection for Mrs Zaghari-Ratcliffe in response to Iran’s treatment of her.

Despite the move, Ms Broughton said the decision to invoke the rarely-used diplomatic device ‘did not confer any specific legal obligations upon us’.

She added that the government ‘cannot investigate torture or mistreatment allegations’ and does not recognise her detention as hostage taking.

Hopes of a breakthrough were dealt a further blow by Iran’s ambassador to the UK Hamid Baeidinejad who rejected the Foreign Office announcement.

He said governments could only offer diplomatic protection for their own nationals and the UK was ‘acutely aware’ that ‘Iran does not recognise dual nationality’.