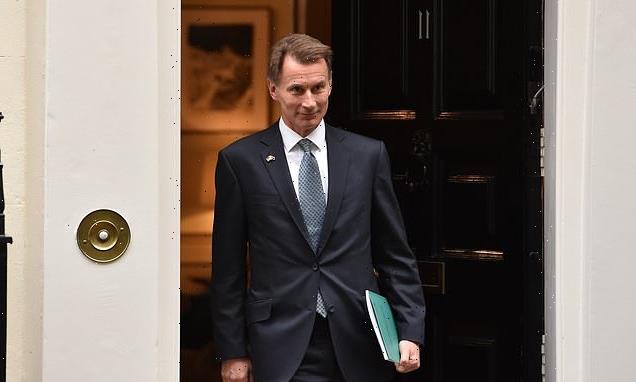 The stamp duty cuts announced in the recent mini-budget will be scrapped in 2025, Jeremy Hunt revealed today as he delivered his much-anticipated Autumn Statement.

The cuts, announced by ex-chancellor Kwasi Kwarteng at the end of September, mean that no stamp duty is be paid on the first £250,000 of any property purchase – doubling the threshold for the tax – which was previously at £125,000.

In delivering his budget today, Mr Hunt, who replaced Mr Kwarteng, told the Commons: ‘The OBR expects housing activity to slow over the next two years, so the stamp duty cuts announced in the mini-budget will remain in place but only until March 31 2025.

‘After that, I will sunset the measure, creating an incentive to support the housing market and all the jobs associated with it by boosting transactions during the period the economy most needs it.’

The duty cut also means the maximum value of a property on which first-time buyers’ relief can be claimed is increased from £500,000 to £625,000.

Mr Hunt was setting out a package of £30 billion of spending cuts and £24 billion in tax rises over the next five years. 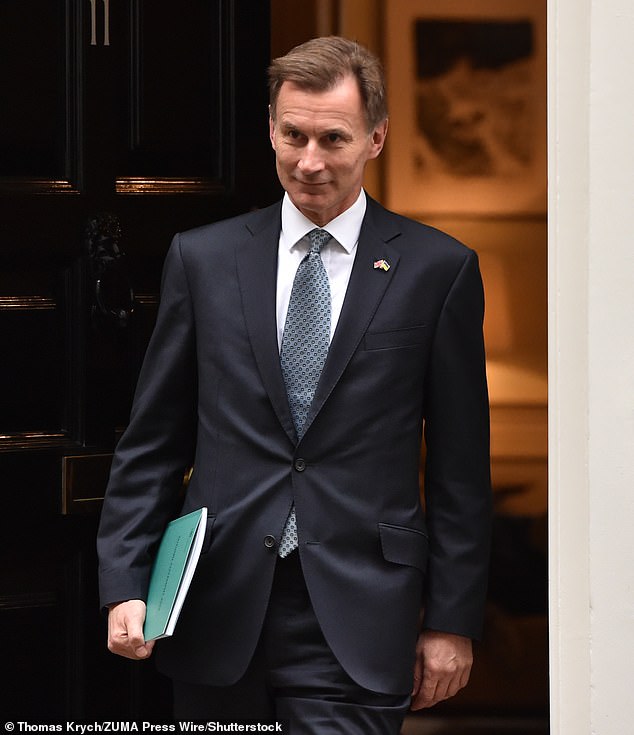 The stamp duty cuts announced in the recent mini-budget will be scrapped in 2025, Jeremy Hunt (pictured) revealed today as he delivered his much-anticipated Autumn Statement

His package is in stark contrast to his predecessor Kwasi Kwarteng’s ill-fated plan for £45 billion of tax cuts, less than two months ago, which spooked the markets, pushed up the cost of borrowing and contributed to the downfall of Liz Truss’ short-lived administration.

Mr Hunt said: ‘I understand the motivation of my predecessor’s mini-budget and he was correct to identify growth as a priority. But unfunded tax cuts are as risky as unfunded spending.’

He told MPs: ‘Anyone who says there are easy answers is not being straight with the British people: some argue for spending cuts, but that would not be compatible with high-quality public services.

‘Others say savings should be found by increasing taxes, but Conservatives know that high tax economies damage enterprise and erode freedom. 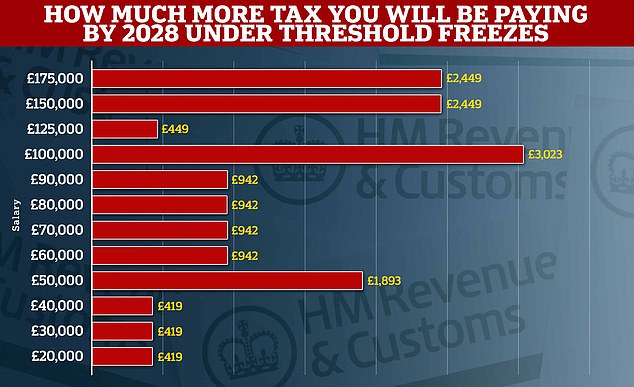 Extending the freeze on tax thresholds to 2028 will drag all workers deeper in the system, meaning they pay more 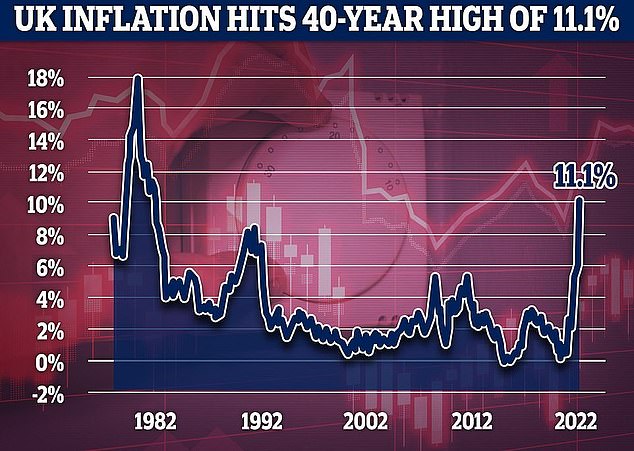 Inflation in the UK hit 11.1% in October – the highest level in more than 40 years

‘We want low taxes and sound money. But sound money has to come first because inflation eats away at the pound in people’s pockets even more insidiously than taxes.

‘So, with just under half of the £55 billion consolidation coming from tax, and just over half from spending, this is a balanced plan for stability.’

But Institute for Fiscal Studies director Paul Johnson said Mr Hunt was abolishing ‘about the only good policy’ from Mr Kwarteng’s autumn mini-budget by removing the stamp duty cut in 2025.

Mr Johnson tweeted: ‘Shame – cuts to stamp duty announced in mini-budget to be abolished in 2025. About the only good policy in that event!’

Scott Clay, Head of Introducers at Together Money, branded the cut ‘short-sighted’.

He told MailOnline: ‘The Chancellor gave fair warning in the setup of today’s Autumn statement: difficult decisions to keep mortgage rates down were clearly touted with promises of the Government and bank working in lock step to fight inflation and avoid spiralling interest rates.

‘However, with the OBR expecting housing activity to slow significantly next year; the decision to ‘sunset’ stamp duty cuts in March 2025 in a bid to jumpstart the market is short-sighted.

‘While this will likely force first-time buyers and those looking to move house to jump before they’re pushed and missed out on a good deal, there are swathes of potential homeowners who have been overlooked by this decision.

‘Our research shows there are swathes of potential borrowers, many of whom are considered non-standard by the mainstream market who are at real risk of being shut out altogether. While strong measures are needed to save our flailing economy, famine always follows feast.’