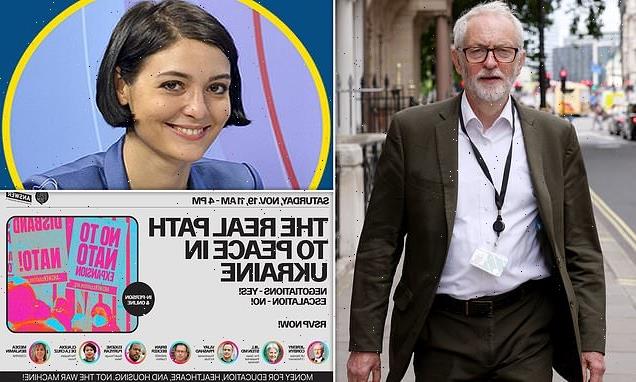 Ex-Labour leader Jeremy Corbyn was last night branded one of Vladimir Putin’s ‘useful idiots’ by Ukraine’s government for agreeing to speak at a Russian propaganda event in New York.

The MP for Islington North, who now sits as an independent, is set to appear at the ‘Real Path to Peace in Ukraine’ on November 19.

He lost the party whip in October 2020 when he said the scale of anti-Semitism within Labour during his tenure had been ‘dramatically overstated’.

Hard-left organisers The People’s Forum parrot pro-Moscow talking points on the event’s web page, blaming the invasion of Ukraine on NATO expansion and US imperialism.

Mr Corbyn will join a panel that urges Ukrainian president Volodymyr Zelensky to talk peace with Putin and tells Kyiv’s Western allies to halt the delivery of arms.

‘There is no road to peace if US government policy remains to obstruct negotiations and send endless weapons into the war zone,’ the activist group said.

His decision to join the conference that calls on Ukraine to back down to Russia could even raise eyebrows amongst some of his most ardent Left-wing backers. 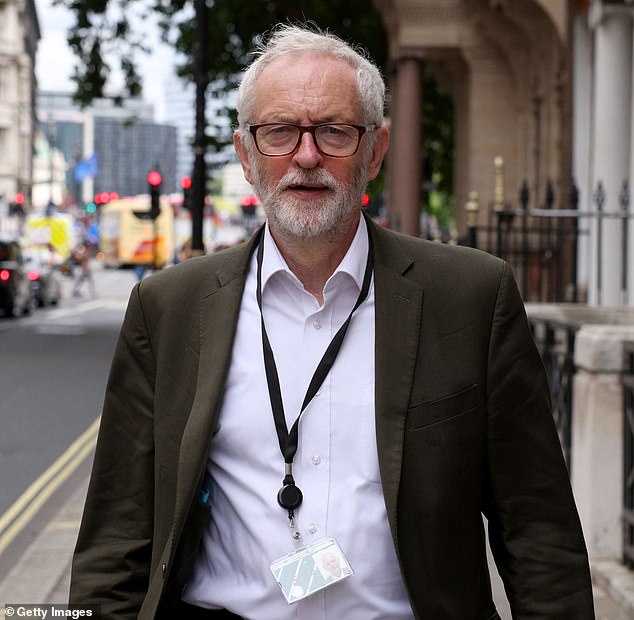 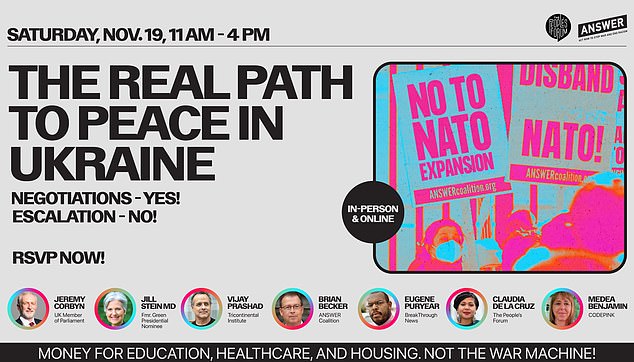 Hard-left organisers The People’s Forum parrot pro-Moscow talking points on the event’s web page, blaming the invasion of Ukraine on NATO expansion and US imperialism

Russia’s armed forces have been accused of committing horrific war crimes by UN experts during the eight-month war.

They include deliberate attacks on civilian targets, massacres of civilians, torture and the rape of women and children.

One grisly video showed Russian troops castrating a Ukrainian soldier alive with a box-cutting knife before shooting him in the head.

Mr Corbyn claims on his official website that his interests in global affairs ‘are widespread with particular attention to human rights, peace and justice’.

Dasha Zarivna, a senior Ukrainian presidential adviser, told the Mail that the hard-Left forum aims to ‘spread narratives that have been carefully crafted by the Russian intelligence services’.

‘Once again Jeremy Corbyn finds himself cosying up to known associates of Vladimir Putin and other useful idiots manipulated by the Kremlin,’ Miss Zarivna said. 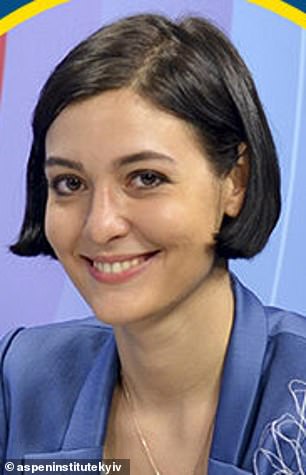 Dasha Zarivna (pictured), a senior Ukrainian presidential adviser, told the Mail that the hard-Left forum aims to ‘spread narratives that have been carefully crafted by the Russian intelligence services’

‘Demanding that Ukraine start negotiating with an aggressor state and calling on the West to end the supply of weapons that allow us to defend ourselves from an illegal, unprovoked invasion that has caused a genocide of the Ukrainian people is nothing short of a disgrace,’ she added.

The ‘Real Path to Peace in Ukraine’ will also feature ex-Green Party presidential candidate Jill Stein, who was wined and dined by Putin at a 2015 Moscow gala.

On the very night the Kremlin despot invaded the country, Miss Stein went on a bizarre Twitter rant that backed Russia’s reasoning for the war by blaming US and NATO ‘provocations’.

‘In 2014 the US backed a coup in Ukraine led by far-right insurrectionists,’ she wrote of the 2014 Maidan revolution.

‘The US kept pouring weapons into Ukraine and peddling the pipe dream of NATO membership, sabotaging the actual solution for peace and security.’

Fellow participant Brian Becker, a self-styled anti-war activist, has also argued that the 2014 Maidan Revolution in Kyiv was a ‘Nazi-led coup d’état’.

Labour leader Keir Starmer has refused to return the whip to Mr Corbyn after he called in April this year for NATO to be disbanded. 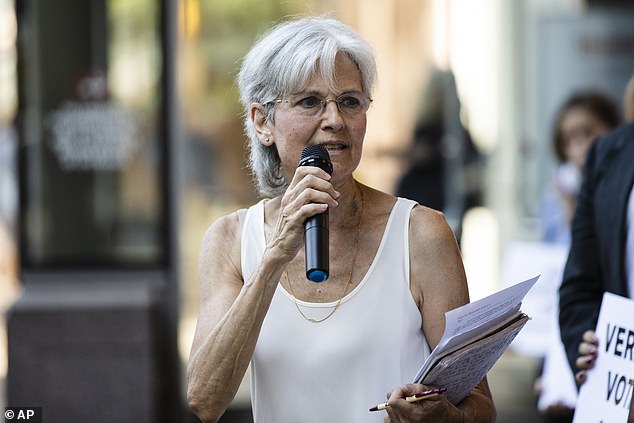 The ‘Real Path to Peace in Ukraine’ will also feature ex-Green Party presidential candidate Jill Stein (pictured), who was wined and dined by Putin at a 2015 Moscow gala

But he remains a member of the party having served a suspension after a damning probe into anti-Semitism during his five-year tenure in charge.

However, a Labour spokesman was unable to say whether sharing a platform with pro-Moscow propagandists would see him kicked out of the party for good.

But Mr Corbyn told the Mail last night that he was unaware of who would be joining him for the event that has been widely advertised on social media.

‘I don’t even know who is on the panel yet,’ he said, refusing to be drawn on whether he would make the journey to New York in person or address the conference online.

Not a single Ukrainian has been invited to the so-called debate.